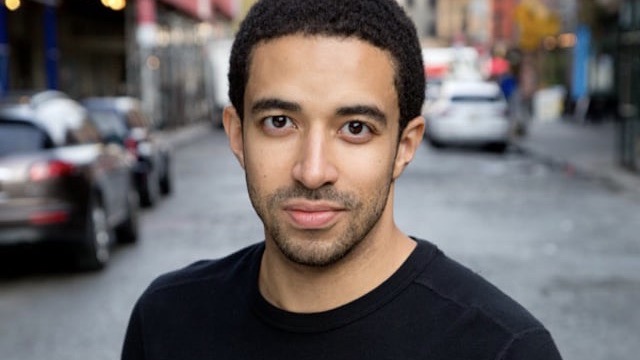 The Maryland Film Festival (MdFF) announced today that filmmaker and actor Kobi Libii has been awarded the 2019 Maryland Filmmakers Fellowship award for his project titled “The American Society of Magical Negroes.” MdFF funds and administers the Maryland Filmmakers Fellowship each year in partnership with Sundance Labs. Winners are selected by a panel of Maryland citizens who support the work of the Maryland Film Festival, but none of whom are associated with the film industry. Typically first money in, grants are given to help with pre-production and come with no obligation other than the money be used to move toward production, acknowledge the Fellowship in end title credits, and screen the film in Maryland before it goes into the marketplace.

“We take great pride in helping important films from emerging filmmakers make it to the market through this critical fellowship program,” said Sandra Gibson, Executive Director of the Maryland Film Festival and the Stavros Niarchos Foundation Parkway. “With the partnership of Sundance Labs and resources from MdFF, we are extremely excited to present Kobi’s film when it is finished.”

“Since the beginning we have picked screenplays that interested ordinary people in Maryland. We’ve had no knowledge of finished screenplays or any other elements at the time we choose and the careers that have been launched are extraordinary. It’s a great privilege to have helped so many artists grow and develop. Seventeen of these first time filmmakers’ first project have been completed and marketed, a remarkable record,” said Jed Dietz, founder of MdFF and Fellowship Administrator.

“What makes this fellowship special is how diverse the selection committee is. It’s nice to be honored by industry tastemakers but it’s so much more meaningful to know that my script resonated with a broad cross section of my community,” said Kobi Libii, actor, filmmaker and producer of “The American Society of Magical Negroes.”

Kobi Libii is a multitalented actor, writer, filmmaker and teacher. He has played in many regional and New York productions including the documentary play Boiling Pot, which he co-created with Evan Joiner. The play premiered at New York City’s Cherry Lane Theatre in 2007. He was a cast member on The Opposition with Jordan Klepper, a news satire television series that aired on Comedy Central. He is widely known for his role in Alpha House and has been seen in Doubt, Transparent, and Madam Secretary. Libii graduated from Yale University where he studied theater and also studied improvisation at the Second City in Chicago.