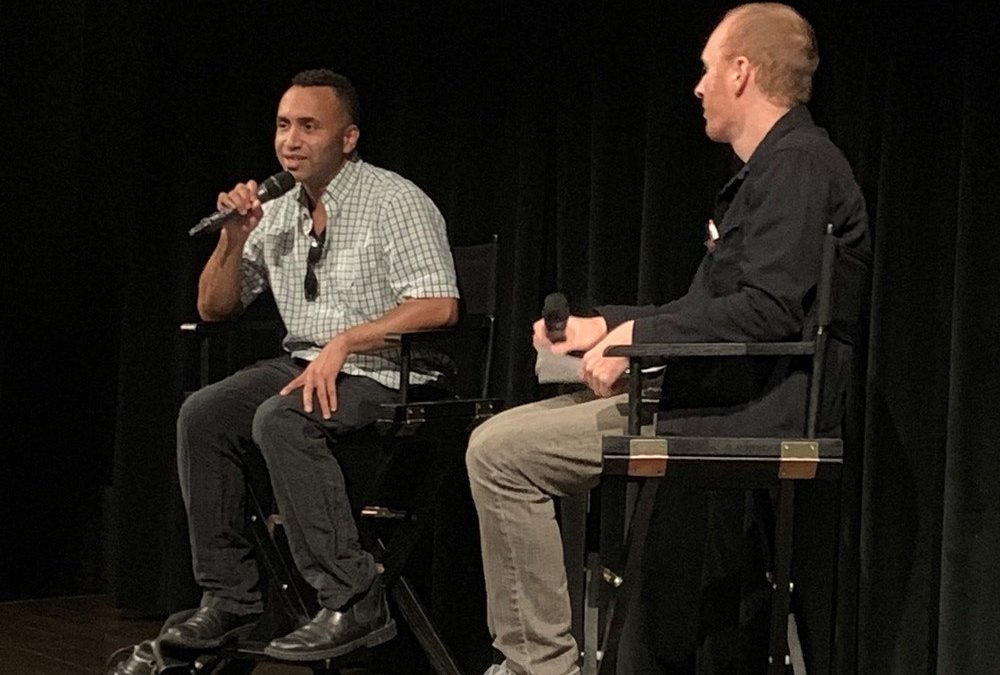 How does loss of eyesight affect the creativity and work of artists?

In addition to detailing the work and creative processes of a dancer, photographer and writer with vision loss, Rodney’s film chronicled his own experience making films after being diagnosed with retinitis pigmentosa, which has greatly reduced his field of vision. Rodney is best known for 2004’s Brother to Brother which captured a Special Jury Prize at Sundance.

In wide-ranging conversations, Rodney detailed the process of determining his own role in the film, finding the most interesting artists/subjects, and entrusting cinematographers and editors with a very personal work.

While Rodney originally didn’t intend to feature his own story in the film, advice from fellow filmmakers at a documentary workshop convinced him otherwise: “They thought I was more compelling than I thought I was!”
When it came to selecting his other subjects, Rodney insisted on a dancer: Kayla Hamilton, seen in rehearsal for her critically acclaimed “Nearly Sighted.”

“There’s something profoundly brave about being a low-vision dancer,” explained Rodney. We’re all sort of behind equipment, protected in a sense. But she’s using her body and navigating space in a very public performance.”

Rodney also spoke about his efforts to put the viewer in the position of the film’s subjects, for example utilizing tunnel footage and a rollout of Super 8 film to simulate their reduced vision.

“I want you to experience and to feel it viscerally,” said Rodney. “That was part of my job.”

Be sure to catch Vision Portraits at the Parkway! Thanks to Rodney, Professor Kraemer and Professor Reed for joining us!