2021 Sundance Film Festival Will Meet Audiences Where They Are 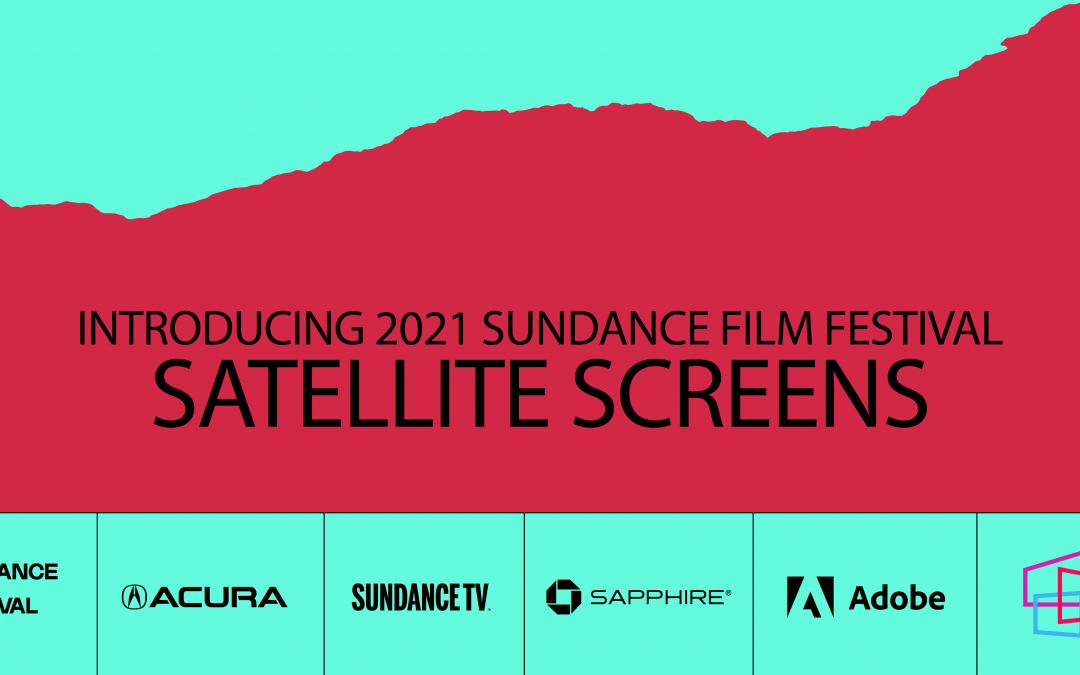 FROM THE SNF PARKWAY

We’re excited to share that the SNF Parkway Theatre, home of the Maryland Film Festival, is participating in the 2021 Sundance Film Festival as a partner where Baltimore will be one of the Festival’s Satellite Screens. Details about their proprietary online platform and how audiences can participate in the Festival through live online premieres, our fellow fantastic and wide-ranging network of Satellite Screens, and some of the thinking behind the design and execution, from Tabitha Jackson, in her first Sundance Film Festival as Director, and Keri Putnam, the Institute’s Executive Director, is included in the official media release below.

“Central to our mission at the SNF Parkway/Maryland Film Festival is bringing films, filmmakers and audiences together – sharing the power of narrative, a multiplicity of perspectives, stories and voices through film  – for all of Baltimore to experience,” said SNF Parkway Executive Director Sandra Gibson. “We are are thrilled to be part of the network of Satellite Screens hosting a special selection of films from the 2021 Sundance Film Festival program and related events at the SNF Parkway in a safe, socially-distanced environment, health and safety guidelines permitting.”

2021 Sundance Film Festival Will Meet Audiences Where They Are

PARK CITY, UTAH — The nonprofit Sundance Institute today unveiled plans for the seven-day 2021 Sundance Film Festival, offered digitally via a custom-designed online platform (festival.sundance.org) alongside drive-ins, independent arthouses, and a network of local community partnerships. The online expression of the Sundance Film Festival will provide global access for storytellers and audiences alike to come together, experience artists new work, connect with one another, and participate in conversation. All films in the program will be available online in the United States, with certain films opting for global availability. The full talks and events program, as well as the New Frontier section for XR and emerging media, will be available globally. The Festival runs January 28 through February 3, 2021.

“Even under these impossible circumstances artists are still finding paths to make bold and vital work in whatever ways they can,” says Tabitha Jackson, in her first year as Festival Director. “So Sundance, as a festival of discovery, will bring that work to its first audiences in whatever ways we can. The core of our Festival in the form of an online platform and socially distanced cinematic experiences is responsive to the pandemic and gives us the opportunity to reach new audiences, safely, where they are. And thanks to a constellation of independent cinema communities across the U.S. we are not putting on our Festival alone. At the heart of all this is a belief in the power of coming together, and the desire to preserve what makes a festival unique — a collaborative spirit, a collective energy, and a celebration of the art, artists, and ideas that leave us changed.”

“Our Festival footprint has changed this year, but we are excited to bring an incredible community together in new ways to engage with new artists and new stories — whether they’re joining us for the first year or have been for decades,” said Sundance Institute Executive Director Keri Putnam. “Our ambition is for everyone to come together, safely, wherever they may be, and participate in screenings on our platform at the same time. The Sundance team has consulted with artists, worked with incredible partners, and built a plan to welcome new audiences and capture a true Festival spirit.”

As at past Sundance Film Festivals, films will premiere throughout the day, with Day One films set to debut Thursday, January 28, at 6 p.m. U.S. Mountain Time. During the 2021 Festival, each of the 70+ feature films will premiere online in a dedicated time slot, followed by a live Q&A. Multiple films will premiere simultaneously roughly every three hours from 10 a.m. to 10 p.m. U.S. Mountain Time. This rollout is designed to preserve the energy of a Festival, with an abundance of choices and collective experiences, as audiences can begin the film simultaneously, and participate in the live Q&A which follows (viewers can also begin films any time within three hours of their premiere’s start). All films will return to the platform two days after their premiere for a “second screening,” offered on demand for 24 hours. The platform’s movie player is powered by Shift72 and developed with best-in-industry security and access practices. In a Festival first, the entire 70+-feature lineup on the platform will be closed-captioned on demand, and Q&As will be live-captioned.

The Short Film and Indie Series (formerly Indie Episodic) programs, focused on creative storytelling outside the feature format, will include 50 short films and world premieres of four episodic works. These will be available on demand on the Festival platform for the full length of the Festival.

Since its launch, the Sundance Film Festival’s New Frontier has served as a showcase for dynamic, innovative work at the crossroads of film, art, and technology — and 2021 is no exception, with 14 works in the program. For the first time ever, adventurous audiences around the world will be given the chance to engage with the works, the artists, and each other via a bespoke virtual platform, accessible via computer and VR headsets. The New Frontier Gallery hosts the complete slate of live performances, AR, VR, and other emerging media works. Cinema House is the Festival’s fully immersive, big-screen theater, and Film Party is an interactive social space where the entire community of accredited Festivalgoers can safely gather together again. The environment also features interactive tools such as proximity audio and video chat.

Expanding beyond its Utah home, the Festival has created a network of partnerships to bring feature films and customized local programming — talks, events, artist meet-ups — to communities across the country. In addition to these Satellite Screen partnerships, the Institute will program screenings at The Ray in Park City and the Rose Bowl and Mission Tiki Drive-Ins in Los Angeles, health and safety guidelines permitting. Each Satellite Screen will create and host their own events, sharing local cultural conversations with broader Festival audiences, with most also screening selections from the 2021 program.

Programming details for films at these screens will be available when the program is announced later this month, and these plans will evolve in conjunction with the COVID-19 pandemic health and safety guidelines. Participating U.S. partner organizations and locations include:

Hawaii:
Honolulu with Doris Duke Theatre at the Honolulu Museum of Art (HoMA)

One of the fundamental values of the Festival is gathering: it’s a place where a global community of independent artists can convene for a generative and open exchange of ideas. This year, that will take place on the platform’s Festival Village, a free-to-all space where Satellite Screens, partners, and Festival sponsors will host a wide range of events, programming, and offerings to complement and enrich the official program. The platform’s Main Street will act as both an homage to the iconic Park City thoroughfare and as an extension of the Festival’s core programming, featuring digital partner spaces hosting conversations, musical performances, and more. The Artist Lounge will feature a space for creators to gather for artist programming, as well as for the Festival’s Class of ’21 to network and celebrate at private events.

Tickets and passes for those who want to experience the Festival for the full run, a single day, or a single screening will be available to the general public beginning January 7; further details will be available later this month. For more information, sign up at Festival.Sundance.org.

As a champion and curator of independent stories for the stage and screen, the nonprofit Sundance Institute provides and preserves the space for artists in film, theater, film composing, and digital media to create and thrive. Founded in 1981 by Robert Redford, the Institute’s signature Labs, granting, and mentorship programs which are dedicated to developing new work and take place throughout the year in the U.S. and internationally, are supported largely through contributed revenue. Sundance Co//ab, a digital community platform, brings artists together to learn from each other and Sundance Advisors and connect in a creative space, developing and sharing works in progress. The Sundance Film Festival and other public programs connect audiences and artists to ignite new ideas, discover original voices, and build a community dedicated to independent storytelling. Sundance Institute has supported such projects as Clemency, Never Rarely Sometimes Always, Zola, On The Record, Boys State, The Farewell, Honeyland, One Child Nation, The Souvenir, The Infiltrators, Sorry to Bother You, Won’t You Be My Neighbor?, Hereditary, Call Me By Your Name, Get Out, The Big Sick, Mudbound, Fruitvale Station, City So Real, Top of the Lake, Between the World & Me, Wild Goose Dreams and Fun Home. Join Sundance Institute on Facebook, Instagram, Twitter and YouTube.