Wendy and Lucy and Other People 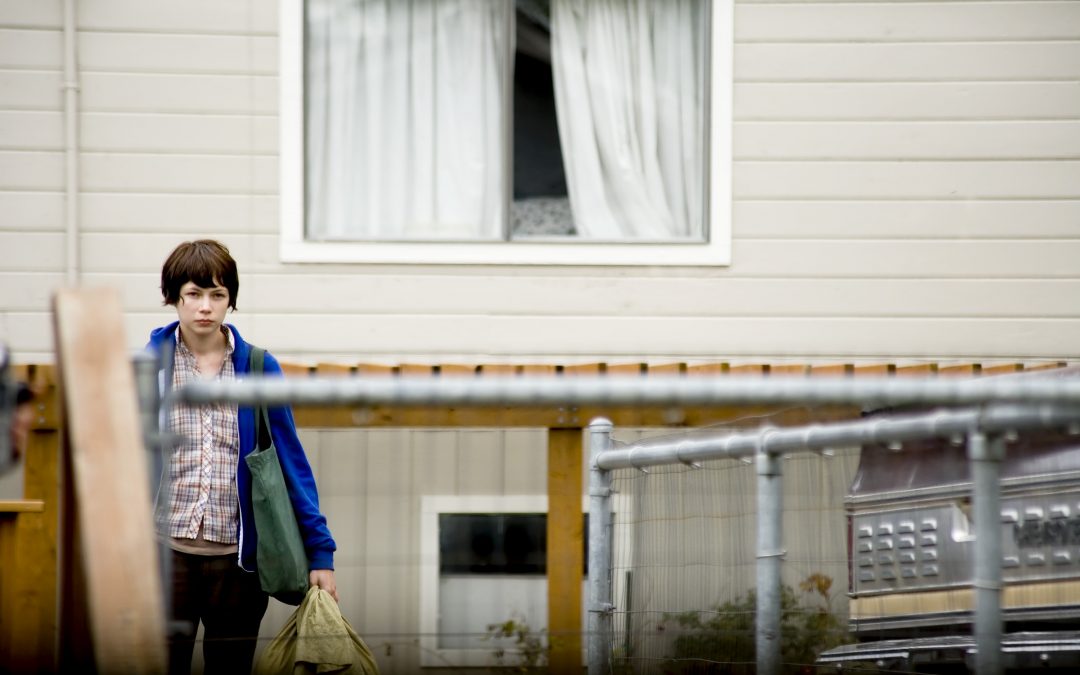 Through director Kelly Reichardt’s measured frame, the world reveals itself to be as quietly beautiful as it is sharply unforgiving, in Wendy and Lucy, her milestone of contemporary independent film.

In most popular movies, the aid of melodic interjections and voice-over narration expose the motives that brood beneath a character’s emotional reflexes, but in reality, the interior lives of those around us are safeguarded and difficult to grasp when not being completely overlooked. With Wendy and Lucy (2008), Reichardt leans closer to truth, keeping the secrets of her transient protagonist’s past hidden away. Her film is a sort of anti-road movie that captures the trials of a cash-strapped young woman and her dog held up by car troubles on their way to Alaska in search of work. In the confident naturalism of Wendy and Lucy’s recession-era portrait is easily found one of the most resonant indicators of the strength of American independent cinema today.

For the dog-lovers, listless travelers, cash-strapped twenty-somethings, and just about anyone else passing through, Wendy and Lucy verges on essential viewing. Free this Thursday, January 18th, at 7:30 PM. Don’t sleep on it.

Between the understaffed gas stations, quaint little donut shops, and the Pacific Northwest’s ethereally vivid flora, Reichardt’s film crucially wraps you in context as its delicately plotted narrative unfolds. Michelle Williams plays the eponymous Wendy in an exquisitely subtle performance that ranks among her very best work. In the opening of the film, we see her walking through a park, playing fetch with her yellow-gold companion Lucy. There’s the sound of humming coming from somewhere outside the screen, but just after easing us into the patient rhythm of the movie, it fades away, leaving us in the buzz of insects and the crackle of a nearby fire.

Wendy is on a trip north. Some early dialogue reveals that she’s headed to Ketchikan, Alaska in search of work, but we have to wait until later—until we can inspect her license plate—to find out where she’s coming from. Reichardt is deft at handling such vital details in the most realistic of ways. She knows precisely when she needs to explain something out loud and when she should save it for her viewers to decode.

Wendy’s fiscally meager and thus carefully plots her expenses. Her trip should take just under a week, but with the age of her car and Lucy in tow, her situation is rather precarious. Wisely, she opts to avoid motels and sleep in her car whenever possible. However, life outside the fences of domesticity presents more challenges than merely strict budgeting. Wendy finds this out in a domino-like array of trials that arise after she has trouble starting her car. There are scenes that feel comically circumstantial, except that context keeps them imbued with tragic legitimacy; there are other scenes that are almost tough to watch.

Wendy finds little solace in those around her. As in life, characters are sometimes plainly indifferent to her situation, while another, the security guard of a local pharmacy, must keep his altruism in check due to his dependence on his job and relationship. We watch her go through stages of calm contrasted with frustration and even confrontation, but no emotional response she can muster has the power to sway the strangers around her, or her fate for that matter.

Kelly Reichardt on the set of WENDY AND LUCY, which plays at the Parkway Theatre Jan. 18th.

All the while, we are still wondering what has led Wendy to this point, but Reichardt’s plot is only concerned with the time at hand. Any moment leading up to this is now gone and, naturally, only traceable through recollection, but Wendy harbors no such nostalgia. The inferred residue of past, as well as that of class and gender, are more important here. We must judge Wendy and her circumstances based on our individual capacity for observation, rather than waiting for a didactic, extra-narrative description of her character.

The screen, as P. Adams Sitney has said, is “a window into illusion.” Reichardt, like most other great filmmakers, uses that illusion as a space for personal reflection. Us viewers yearn to know Wendy’s personal history, and are encouraged to search for it, but to know concretely the details of her past would be to tear down the potential for authentic sympathy for Williams’ character, and by turn, the potential to sympathize with the strangers who struggle around us, outside the frame.

Wendy and Lucy is an absolute favorite. It’s continually striking how Reichardt has managed to obtain such a recognizably skilled realism without putting forth a movie too stark in tone or sparse in form. Williams’ turn as Wendy contributes significantly. She always feels like someone you’ve encountered before. She is a strong and capable person, but also a naturally fallible human being who struggles, yet manages to navigate the world alone. Lush with a variety of voices, of character types, and of narrative shifts, Wendy and Lucy feels uniquely genuine to life, but like life, vibrantly enjoyable to watch.

For more information about our free screening of Wendy and Lucy:
mdfilmfest.com/film/wendy-and-lucy
facebook.com/events/1940212482732959/