“She’s Gotta Have It” Season 2 Debuts at the Parkway 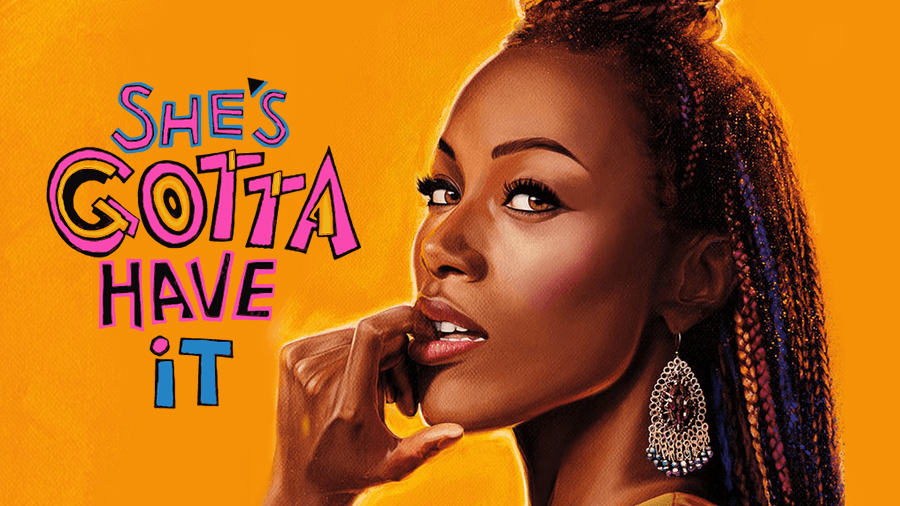 On Wednesday, May 15, 175 Parkway visitors were treated to an exclusive sneak peek of the new season of She’s Gotta Have It before its May 24 premiere — as part of our Contemporary Women Filmmaker series.

Star and Baltimore native DeWanda Wise and Writer/Producer and Brooklyn native Radha Blank shared an intimate conversation as two of the creative women behind Spike Lee’s serialized adaptation of his classic film for Netflix.

The night of truth-telling and signifying from these sisters-in-celluloid included discussing their work on the groundbreaking series, their journeys within the film, theater and TV industries and their love for Baltimore, a place both women have called home.

With her high school drama teacher in attendance (and on stage, to share embarrassing drama club stories), DeWanda opened up about the experiences that brought her to the series, including an intense phone call with producer, author, entrepreneur (and wife of Spike Lee) Tonya Lewis Lee.

DeWanda noted that she had initially turned down the role, trying to be “the decent wife who hadn’t talked to her husband about the 2-and-a-half-minute sex scenes.”

“(But) after I learned that (the writers were) a roomful of women, I felt that Nola would be in good hands, then my work could be a springboard off that groundwork, that foundation. You can see they care so strongly.”

Said, DeWanda, “It’s once in a lifetime. There’s a lot of improvisation. It’s very athletic. You have to really stay on your toes. There are a lot of filmmakers who think actors are like dolls.  With Nola, I have this ownership that I do not take for granted, and Spike considers it a part of the actor’s job to give that input, that insight.”

Added Radha, “some of our most amazing Black American women playwriters are in that (writers) room. That was my dream.”