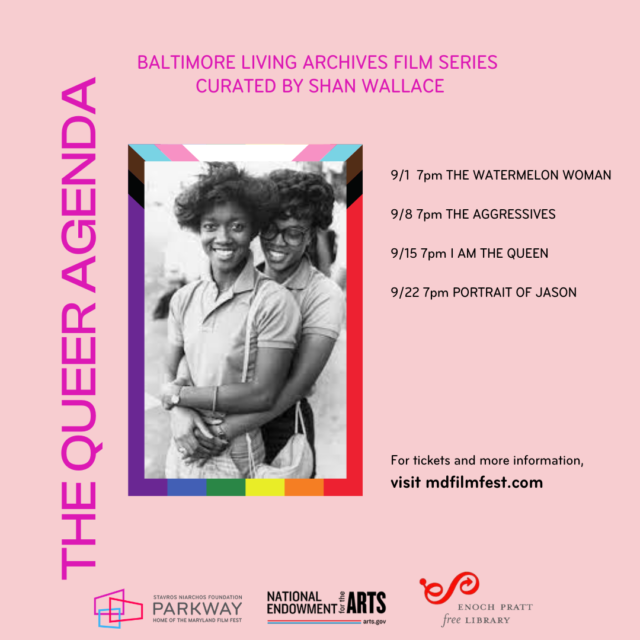 Baltimore Living Archives Artist in Residence SHAN Wallace is a nomadic award-winning visual artist, photographer, and educator from East Baltimore. She is inspired by the nuances of day-to-day life of her surroundings in Baltimore, not as fixed narratives but a multiplicity of experiences. She uses her lens, collage and one site installations as the basis of her work, demonstrating the cultural and political narratives of black life, confronting oppressive politics and histories within communities of the African diaspora, and challenging ideas surrounding existing collections, culture and archives of Blackness. During the month of September, Wallace curates a series of films called The Queer Agenda featuring some of her favorite queer classics. 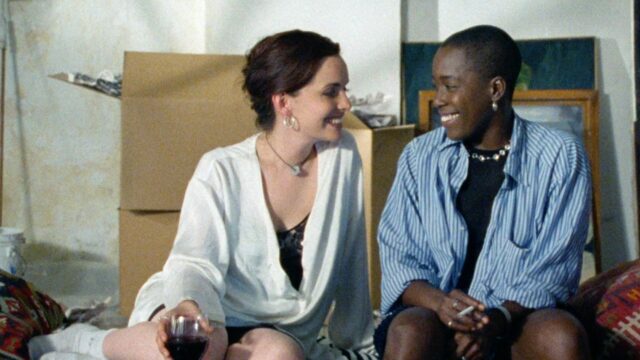 Cheryl Dunye plays a version of herself in this witty, nimble landmark of New Queer Cinema. A video store clerk and fledgling filmmaker, Cheryl becomes obsessed with the “most beautiful mammy,” a character she sees in a 1930s movie. Determined to find out who the actress she knows only as the “Watermelon Woman” was and make her the subject of a documentary, she starts researching and is bowled over to discover that not only was Fae Richards (Lisa Marie Bronson) a fellow Philadelphian but also a lesbian. The project is not without drama as Cheryl’s singular focus causes friction between her and her friend Tamara (Valarie Walker) and as she begins to see parallels between Fae’s problematic relationship with a white director and her own budding romance with white Diana (fellow filmmaker Guinevere Turner).

“The Watermelon Woman is a lesbian classic. This 90’s autofiction is a top tier Black Queer Cinema. Looking forward to revisiting this film on the big screen.” – SHAN Wallace

Purchase tickets for THE WATERMELON WOMAN by clicking here. 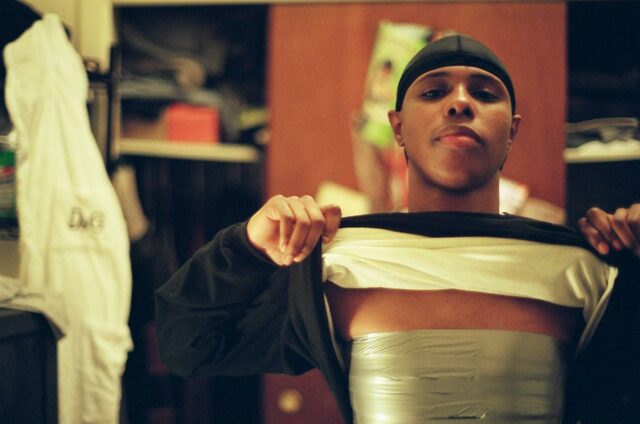 A pioneering documentary filmed in NYC from 1997-2004 follows a group of “Aggressives,” or “AG’s” – masculine presenting and/or identifying – queer POC who were assigned female at birth. An insightful look inside the subculture of trans men, lesbian “butches” and their “femme” counterparts who tow the line between gender definitions. and the dreams, secrets and deepest fears they share.

“I really love this film. I feel like it is a must-see. The nuances of the subcutlures of lesbians, femme’s, fashion, transness, sex, NY, still seem so relavant to then and now.” – SHAN Wallace

Purchase tickets for THE AGGRESSIVES by clicking here. 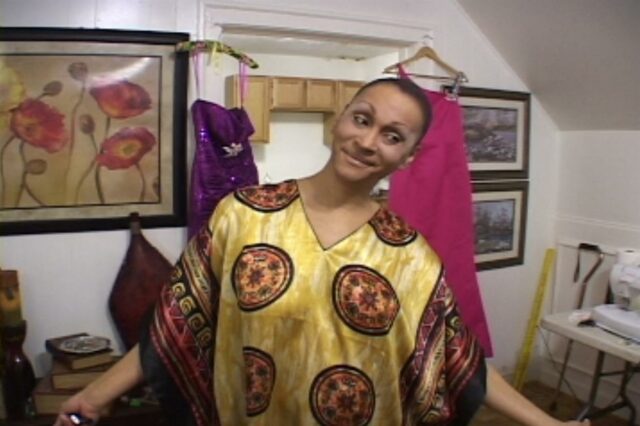 Thursday, September 15 — I AM THE QUEEN: A CELEBRATION OF CHICAGO’S PUERTO RICAN TRANSGENDER COMMUNITY | 7PM | $11.50

In Chicago’s Humboldt Park neighborhood, the Vida/Sida Cacica Pageant brings together members of the Puerto Rican community to celebrate its transgender participants. I Am the Queen follows Bianca, Julissa and Jolizza as they prepare for the pageant under the guidance of Ginger Valdez, an experienced elder from the neighborhood. These trans women share stories of their transition, their relatives’ varying reactions, and how they find support from within the community. Family dynamics, cultural heritage, and personal identity all play a part in how the contestants face the daily struggle that comes from being true to themselves.

“I Am the Queen: A Celebration of Chicago’s Puerto Rican Transgender Community is another feel-good film in this series. I enjoy seeing stories and reflections of Chicago on the big screen especially because Chi-town reminds me so much of Baltimore.” – SHAN Wallace

Purchase tickets for I AM THE QUEEN by clicking here. 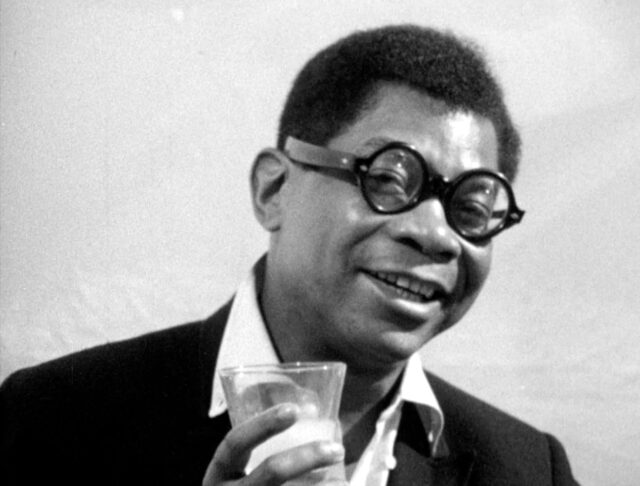 On the night of December 2, 1966, Shirley Clarke and a tiny crew convened in her apartment at the Hotel Chelsea to make a film. For twelve straight hours, they filmed the one-and-only Jason Holliday as he spun tales, sang, donned costumes, and reminisced about good times and bad behavior as a gay hustler and aspiring cabaret performer. The result is a mesmerizing portrait of a remarkable, charming, and tortured man who is by turns hilarious and heartbreaking.

“Jason Holiday is a mesmerizing subject filmed in black and white. The laughter, the drinks, the smoke from the cigarette, all accompanied by recounted stories of his life are a pleasure to watch. I feel like he’s talking right to me.” – SHAN Wallace

Purchase tickets for PORTRAIT OF JASON by clicking here. 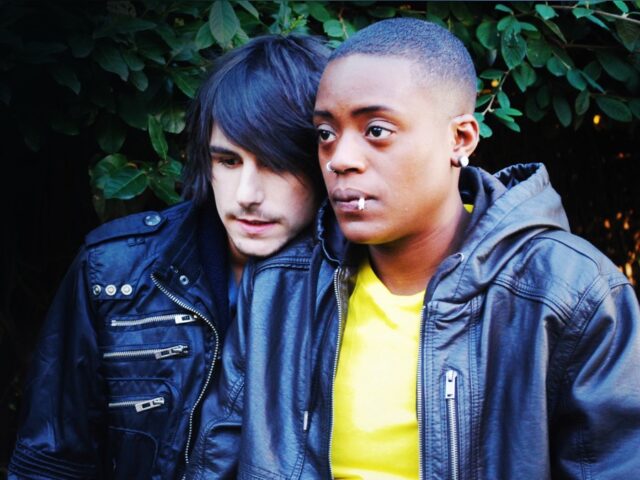 JJ is a ‘Stud’ Lesbian. Together with her best friend Seb, a gay pretty boy, they work as wedding photographers. When JJ falls in love with a beautiful diva, JJ and Seb’s friendship is tested. JJ is forced to choose between her hot new lover and her best friend.

“Stud Life is a feel-good film. Friendship, love, lesbians, nightlife, and romance makes this indie film a classic. It’s refreshing to see lesbian sexuality outside of the male gaze. I apprecite the authentic snapshot of lesbian sexuality and a real depiction of the life of a Butch lesbian.” – SHAN Wallace