Help us cultivate Baltimore’s unique film culture in the new decade with a MdFF membership!

Members experience the best of year-round film and events at the SNF Parkway Theatre as well as perks and discounts at the annual Maryland Film Festival. Your membership supports Maryland-made film and filmmakers premiering at the Parkway, visiting filmmakers and hosted events throughout the year, free public programs, a growing slate of Baltimore student programming and skill sharing opportunities, and much more!

Throughout the 2010s, our members helped us grow the Maryland Film Festival to the largest it’s ever been, screening over 100 short films and around 40 features across five incredible days dedicated to the best in current filmmaking. Our members also supported our expansion throughout the restoration and opening of the historic SNF Parkway Theatre in May of 2017, where we carry on the MdFF tradition of Film for Everyone every day of the year!

In the new decade, we’re devoting our programming slate to the local Baltimore and independent film communities that have nurtured us since 1999. Each membership directly contributes to the success of our brand-new 2020 initiatives, including:

World Cinema Café: A weekly free series of films spanning the globe, each month focusing on cinema from a different part of the world. Make 2020 the year of international cinema and explore film from all cultures!

North & Charles: A unique monthly series bringing the best of Baltimore to the Parkway, featuring a new community partner each month.

Our members make everything we do at the Parkway and Maryland Film Fest possible – we couldn’t do it without you! Click below to become a member or renew your current membership online, or contact our membership associate, Chris Wertz, at christine@mdfilmfest.com or 410-755-8083 ext. 121. 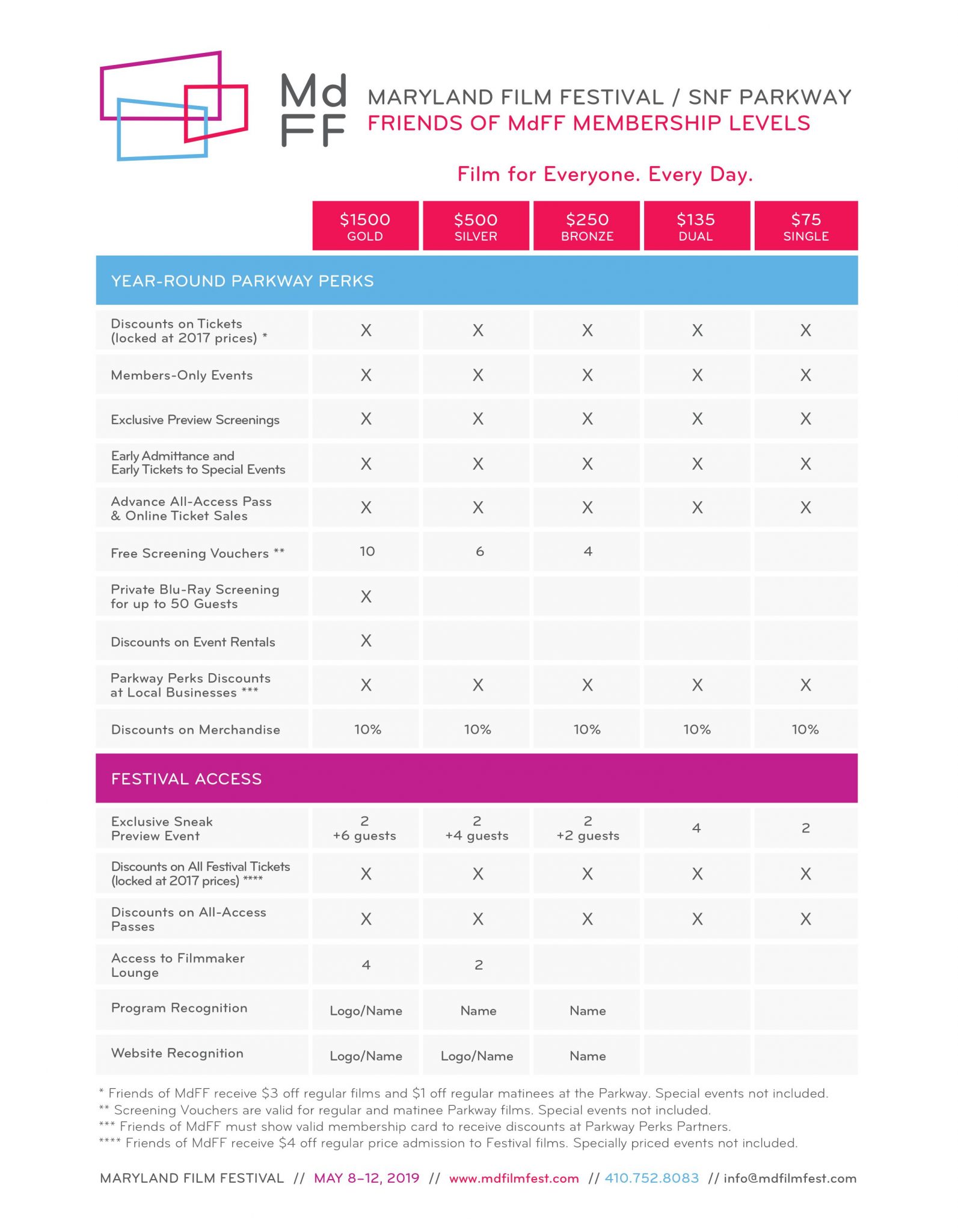 *Friends of MdFF receive $3 off regular films and $1 regular matinees at the Parkway. Special events not included.