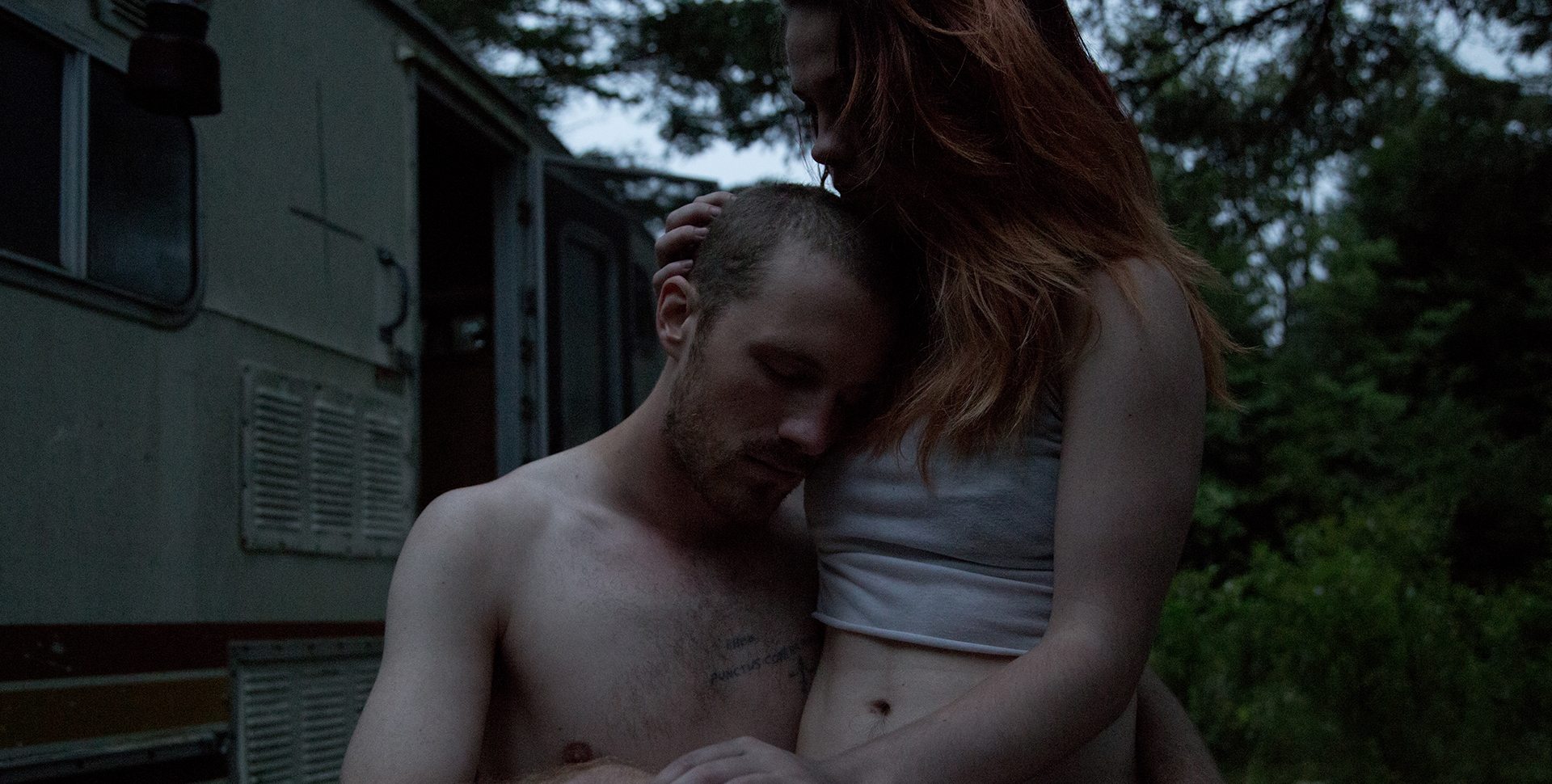 Ashley McKenzie’s Werewolf is a startling feature debut centered upon a young and addicted homeless couple living on the margins of society in a small Canadian town. Sleeping where they can, trying in vain to coax extra methadone from clinic employees, all the while dragging around a decrepit lawnmower used for drug money, Blaise (Andrew Gillis) and Nessa (Bhreagh MacNeil) push through the throes of addiction—finding the little meaning life offers them in each other and their daily fix.

As the visceral, poignant, and visually arresting Werewolf progresses, however, it both deepens and contorts, becoming a harrowing portrait of codependency and abusive behavior as much as it is one
of addiction. In doing so, it recalls such great films as the early Al Pacino classic Panic in Needle Park (1971) and, more recently, the Safdie Brothers’ Heaven Knows What (2014). One also sees in its dreamy, melancholy lensing, its expert direction of non-professional performers, and its strong belief in regional cinema both the influence of Bresson and an aesthetic kinship with the films of Matt Porterfield.

MdFF is extremely proud to present the U.S. premiere of Werewolf, which has screened to great acclaim at such prestigious festivals as TIFF and the Berlinale. Made with a micro-budget and a small crew, the end results are a remarkable achievement. With her vivid characters and haunting storytelling, Ashley McKenzie establishes herself as one of the most exciting names in Canadian cinema. (Eric Allen Hatch)