Wasted! The Story of Food Waste

Through the eyes of famous chefs, audiences will see how they make the most of every kind of food, transforming what most people consider scraps into incredible dishes that create a more secure food system. 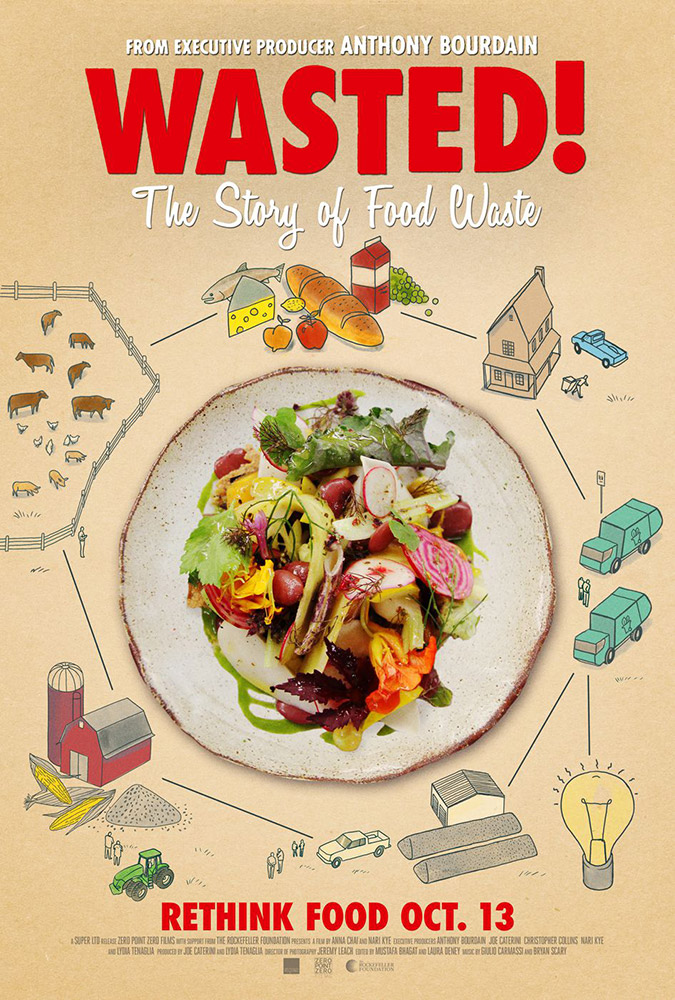 Wasted! The Story of Food Waste

Presented by: Presented by the Baltimore Office of Sustainability and the Natural Resources Defense Council (NRDC)

Baltimore’s Office of Sustainability and the Natural Resources Defense Council (NRDC) will co-host a screening of Wasted! The Story of Food Waste. In the U.S., 40% of all food produced is never eaten while millions go hungry. Across Baltimore City, 25% of the waste produced is wasted food and a third of all materials we throw out are compostable. Wasted! aims to change the way people buy, cook, recycle, and eat food. Through the eyes of chef-heroes like Anthony Bourdain, Dan Barber, Mario Batali, Massimo Bottura, and Danny Bowien, audiences will see how the world’s most influential chefs make the most of every kind of food, transforming what most people consider scraps into incredible dishes that create a more secure food system. Wasted! exposes the criminality of food waste, how it’s directly contributing to climate change, and shows us how each of we can make small changes — all of them delicious — to solve one of the greatest problems of the 21st Century — food wasted. Following the screening, we will have a panel discussion from area food waste warriors and announce the awardees of the Baltimore Food Matters grants.


FREE and open to the public!
PLEASE RSVP HERE

“Taking a lively approach to an increasingly serious 21st century issue, the skillfully assembled documentary Wasted! The Story of Food Waste proves as eye-opening as it is mouth-watering.”
— Michael Rechtshaffen, Los Angeles Times

“Inverts the usual eco-doc formula, spending only enough time on problems to establish their importance, then traveling around the world to prove how satisfying the solutions can be.”
— John DeFore, The Hollywood Reporter