This One’s for the Ladies

This documentary explores the sexual and social identity of contemporary black America through intimate, eye opening and often hilarious accounts from women and men who find love and community in the underground world of exotic dancing. 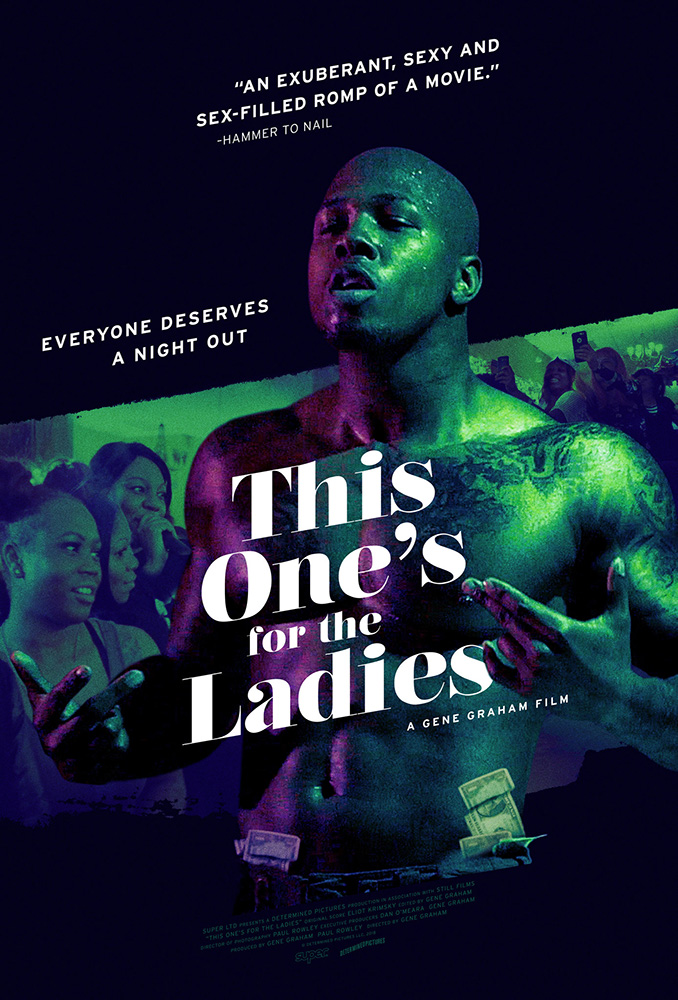 This One’s for the Ladies

Winner of the Special Jury Award for Documentary Feature at the SXSW Film Festival.

Every Thursday night, hundreds of women gather for a potluck celebration and the chance to throw singles at the hottest dancers in New Jersey, The Nasty Boyz — featuring Satan, Mr. Capable, Fever, Young Rider, and lesbian ‘dom’ dancer Blaze.

This One’s for the Ladies isn’t just about the tips or the dancing. It’s a heartwarming story of friendship and the resilience that comes from community.

Hilarious, eye-opening, and breathtakingly sexy, This One’s for the Ladies is a virtual how to guide for letting go of your troubles and having a good time.

“Yes, you’ll see a lot of thongs, whipped cream and bare behinds — this is NC-17, after all. But what starts out as a fun romp turns into a surprisingly emotional look at the men who are drawn to the world of adult entertainment and the women who devotedly place dollar bills in their G-strings.”
— Amy Kaufman, Los Angeles Times

“The sexiest documentary of the summer… Eat your heart out, Magic Mike.”
— Peter Travers, Rolling Stone

Sole Doctor presents a multi-generational portrait of George’s Shoe Repair, a family-owned business in Portland, Oregon that has served the community for over 50 years. On the verge of retirement, proprietor George Thrower is preparing to pass the store on to his son, Joshua Thrower, a former modern dancer, who has some new ideas for how to bring the old-fashioned business into the 21st century. Mia, Joshua’s young daughter, also learns the family trade.