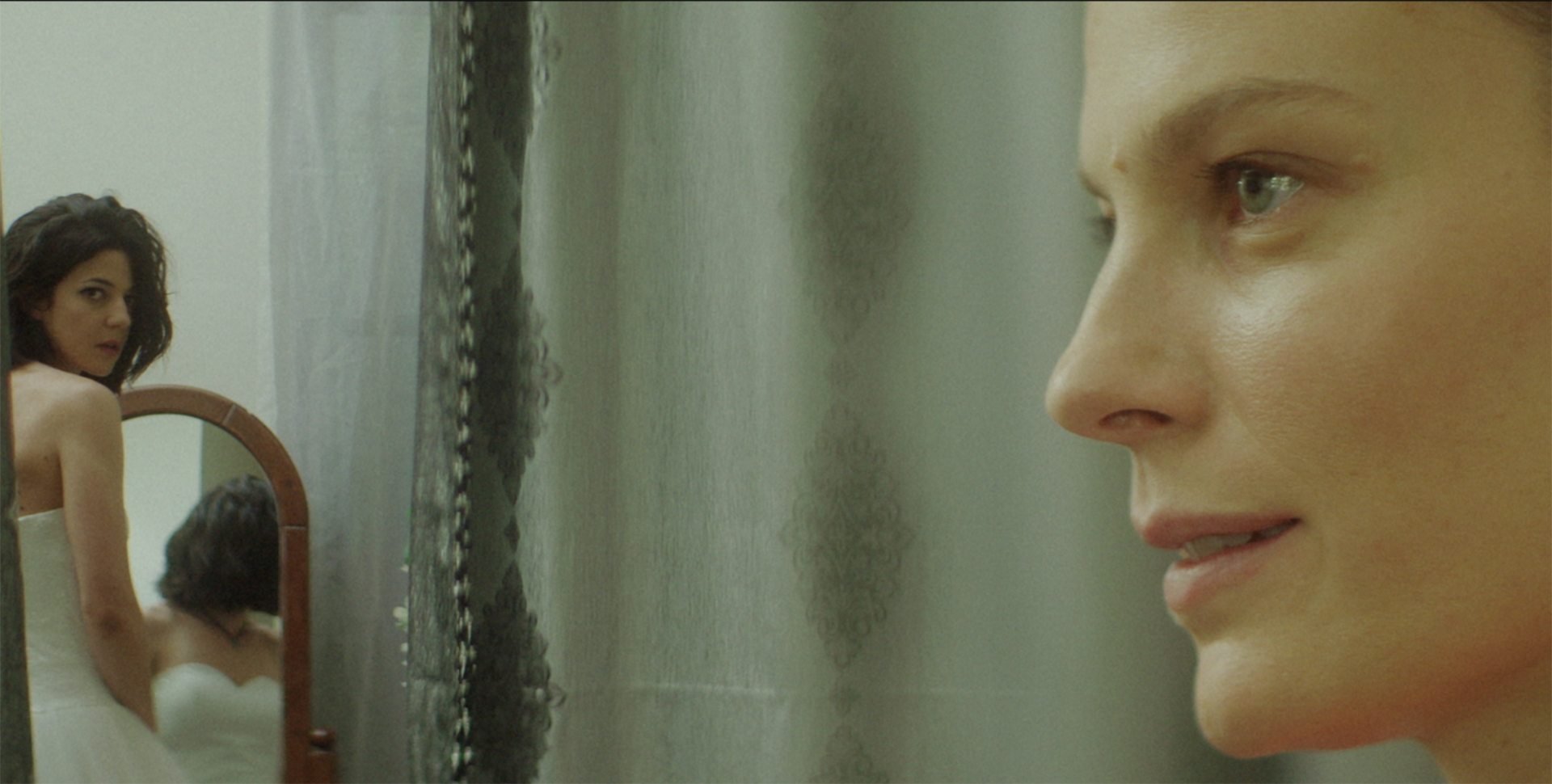 Many Baltimorean film lovers got to know director Nathan Silver for his daring narrative feature Stinking Heaven (MdFF 2015), which used period video cameras to capture the darkly comedic— and at times just dark—decay of a 1990s commune for recovering addicts. Now Silver returns with a film no less bold, but in contrast to that earlier work one that is classically, even elegantly, shot and assembled, bringing to mind the work of titans such as Fassbinder, Zulawski, and Losey.

Lindsay Burdge (MdFF 2013’s A Teacher) stars as Gina, a wide-eyed American flight attendant who turns to Paris to drown her sorrows after her lover’s suicide. There she meets the charming bartender Jérôme (Damien Bonnard) who Gina sees as embodying her ideal of Parisian romance. But as a night of passion fades into the morning after, Gina’s hopes and dreams turn to obsession and self-abasement.

As with Fassbinder’s Martha and Losey’s The Servant, Thirst Street dives deep into an exploration of power dynamics and obsession in relationships. Burdge gives a phenomenal performance akin to those of Margit Carstensen’s Fassbinder collaborations, and Sean Price Williams lenses the proceedings in a lurid yet sumptuous ’70s style that would make Michael Ballhaus proud. Narrated by the great Anjelica Huston, Thirst Street assembles an incredible cast and crew of film artists to deliver a fantastic blend of psychosexual thriller and dark comedy all too rare in today’s film landscape. (Eric Allen Hatch)