Set deep in the wilds of Appalachia, where believers handle death-dealing snakes to prove themselves before God, Them That Follow tells the story of a pastor's daughter who holds a secret that threatens to tear her community apart. 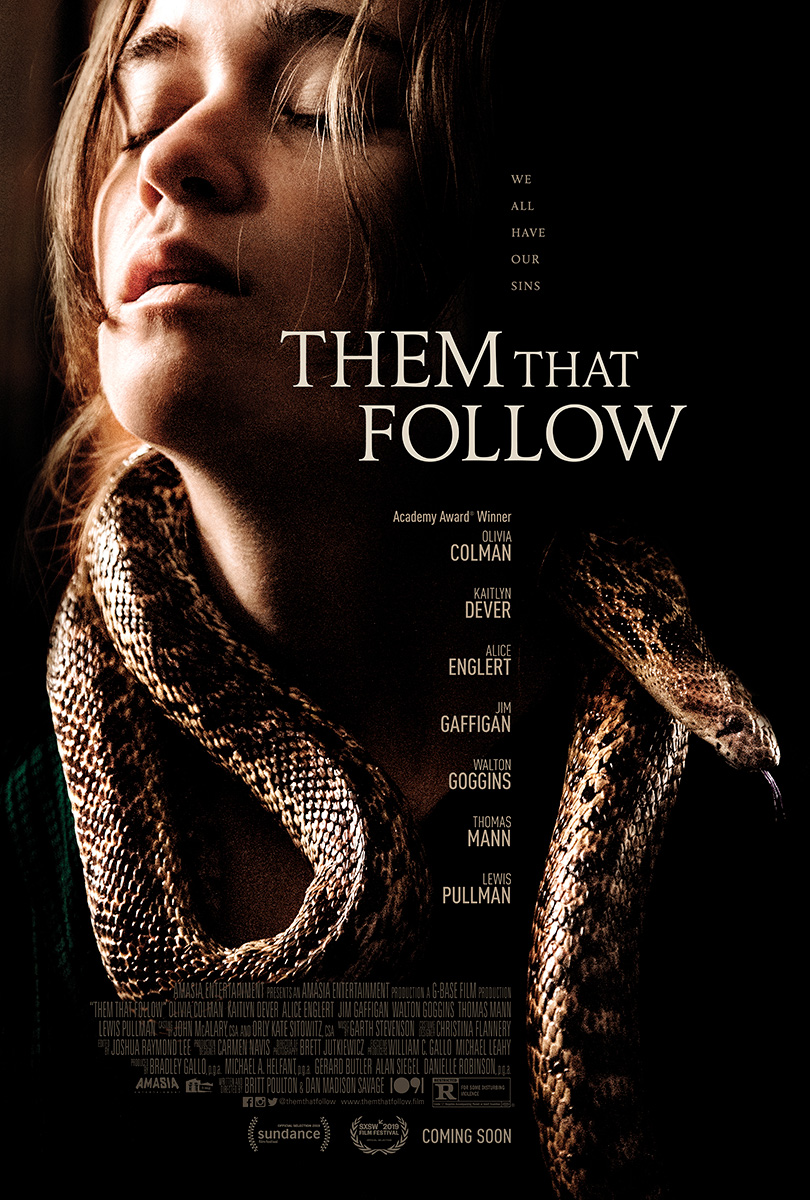 Deep in Appalachia, Pastor Lemuel Childs (Walton Goggins) presides over an isolated community of serpent handlers, an obscure sect of Pentecostals who willingly take up venomous snakes to prove themselves before God. As his devoted daughter, Mara (Alice Englert) prepares for her wedding day, under the watchful eye of Hope Slaughter (Academy Award Winner Olivia Colman), a dangerous secret is unearthed and she is forced to confront the deadly tradition of her father’s church. Also starring Kaitlyn Dever, Jim Gaffigan, Thomas Mann, and Lewis Pullman.

“The filmmakers let the story slither at its own rhythm, so that the magnitude of the psychological control can be fully exposed. To accomplish that, their superb cast guides the film through a poisonous doctrine taken not from the pages of imagination but from real American folklore.”
— Carlos Aguilar, TheWrap

“In the last act, Poulton and Savage’s long fuse explodes, and they get to prove they’ve made a hell of a picture.”
— Amy Nicholson, Variety