The Yes Men Are Revolting 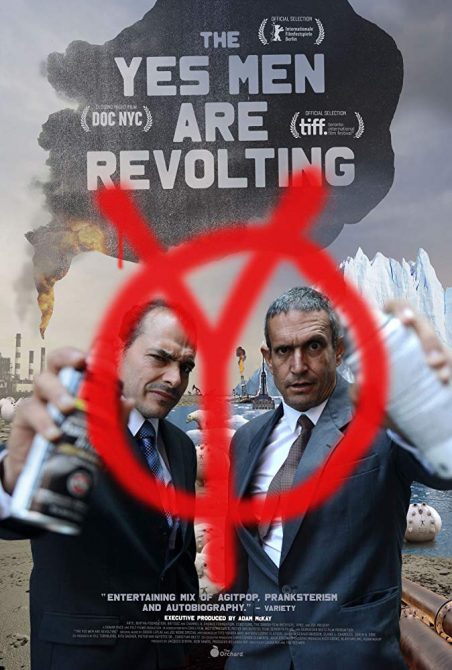 FREE AND OPEN TO THE PUBLIC
RSVP Recommended

For two decades, the Yes Men have pulled off spectacular media hoaxes to expose corporate crimes. Now, these hilarious activists are approaching middle age, struggling to stay inspired in their fight against climate change. Can they get it together before the ice caps melt?

MICA’s Film & Video Department presents The Yes Men Are Revolting and a speaker presentation by Andy Bichlbaum (a.k.a. Jacques Servin) of The Yes Men on the following day.

This program has been made possible by the Maryland Institute College of Art’s Mixed Media Speaker Series, hosted by the Film and Video Department in part with the First Year Experience Department, JHU-MICA Film Centre, and Evil Twin Booking Agency.