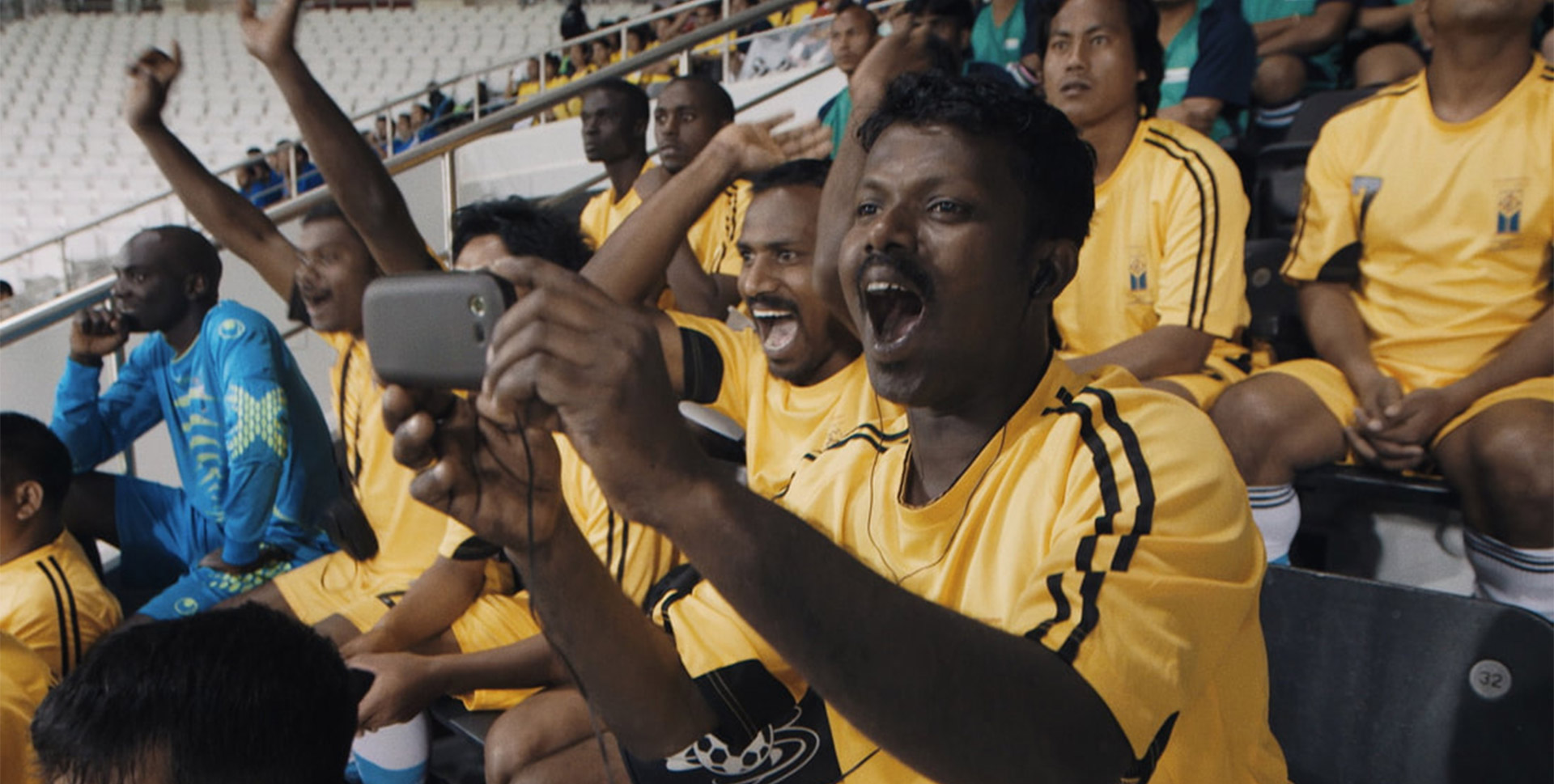 The Workers Cup is set inside the labor camps of Qatar, where the World Cup is being built on the backs of 1.6 million migrant workers. The film follows a team of laborers living a real-life version of fantasy football. By day they sweat to build the World Cup; by night they compete in a “workers welfare” football tournament, playing in the same stadiums that will one day host the world’s greatest players.

We join one team of men from Nepal, India, Ghana, and Kenya whose only common ground is their love for football. Each match offers them a momentary escape from the homesickness and isolation they endure as the lowest class in the world’s richest country.

“Compared to the activism of players like Colin Kaepernick or the resilience of the Philadelphia Eagles, the men in Sobel’s film don’t even have a voice to be silenced. You’ll be grateful that Sobel’s efforts try to change that.” — Nick Allen, RogerEbert.com

“A sobering exposé on global capitalism’s callousness… The Workers Cup gently forces us to consider what it literally means to be free.” — Andrew Crump, The Playlist