When a man inadvertently kills Santa on Christmas Eve, he finds himself magically recruited to take his place. 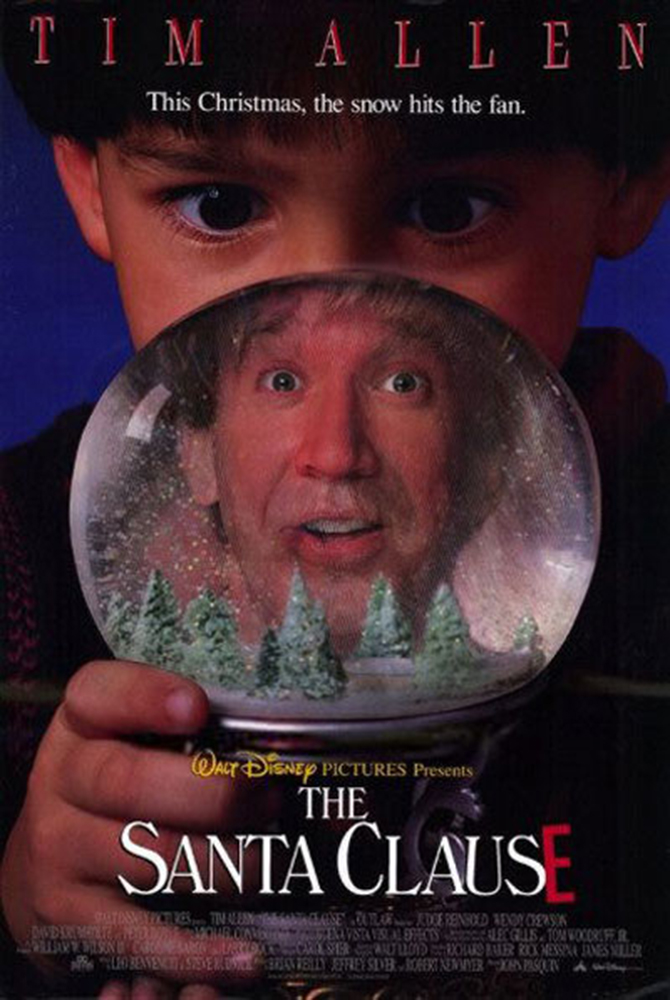 Divorcée Scott Calvin is disgusted to learn that his ex and her husband have tried — and failed — to break it easy to their 6‑year‑old son Charlie that Santa isn't real. On Christmas Eve, Scott reads The Night Before Christmas… then receives an unexpected visitor on his roof. When he's startled by Scott's calling out and falls, the Santa impersonator disappears, leaving only an 8-reindeer sleigh and a suit with instructions to put it on if he's involved in an accident. Scott does, and is transported around the town dropping gifts through chimneys until he's taken to the North Pole and informed by a group who claim they're elves that he is now Santa. Charlie is proud of his dad's new job, though Scott's convinced it's a dream. Until his hair turns white, his beard refuses to stay shaved, he gains weight inexplicably, even for his sudden love of junk food… Now he's accepted it, there's just one problem: how to keep it secret from his disbelieving family?

"A hip, likable spin on the seasonal icon told with a deft mixture of comedy and sentimentality." — Leonard Klady, Variety "All of the film's technical and creative contributions are top-notch, but as it should be, it's the people who win us over." — Kevin Thomas, Los Angeles Times "Aimed at kids, but written with parents in mind, The Santa Clause balances the sugar with the spice, which Allen sprinkles on just right." — Rita Kempley, Washington Post
Watch The Trailer
Directions to the Parkway Theatre
The Stavros Niarchos Foundation Parkway is located at 5 W. North Avenue (at the intersection of North Avenue and Charles St.) in Baltimore's Station North Arts and Entertainment District
See the Parkway on Google Maps
[mc4wp_form id="9027"]