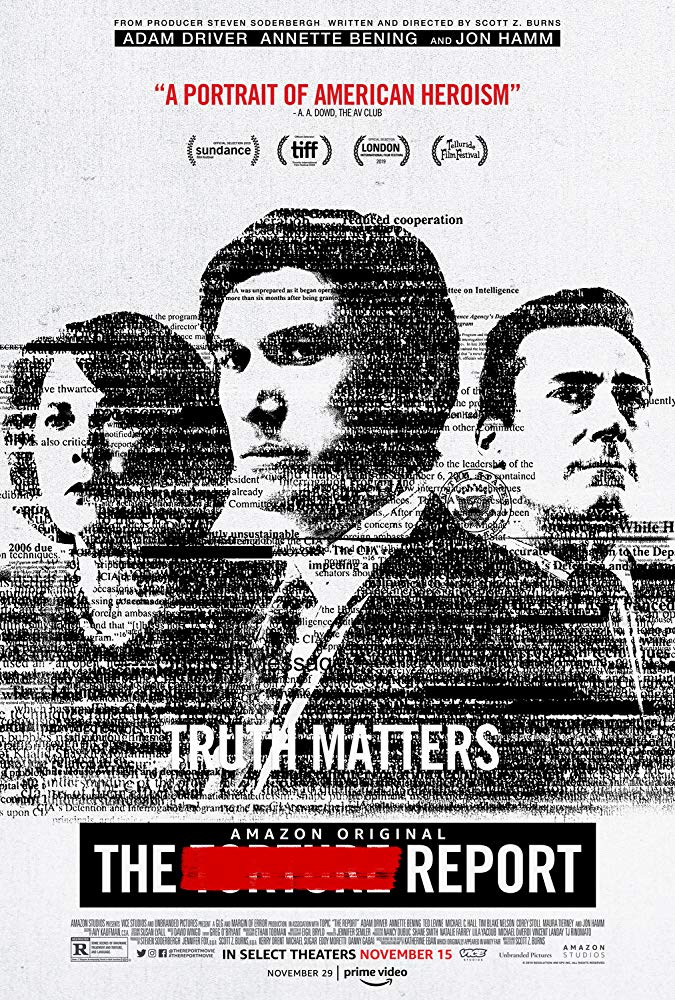 THE REPORT is a thriller based on actual events. Idealistic staffer Daniel J. Jones (Adam Driver) is tasked by his boss Senator Dianne Feinstein (Annette Bening) to lead an investigation of the CIA’s Detention and Interrogation Program created in the aftermath of 9/11. Jones’ relentless pursuit of the truth leads to findings that uncover the lengths to which the nation’s top intelligence agency went to destroy evidence, subvert the law, and hide a shocking secret from the American public.

“A gripping procedural about the tenacity and moral certainty needed to navigate a complex Washington minefield.”
– Ty Burr, Boston Globe

“With razor-sharp dialogue and a perfect cast, The Report hums.”
– Brain Tallerico, RogerEbert.com

“A large-scale saga of corruption, justice, and overwhelming relevance that’s at once gripping and eye-opening, even if you’re the sort of news junkie who thinks they already know the story.”
– Owen Gielberman, Variety