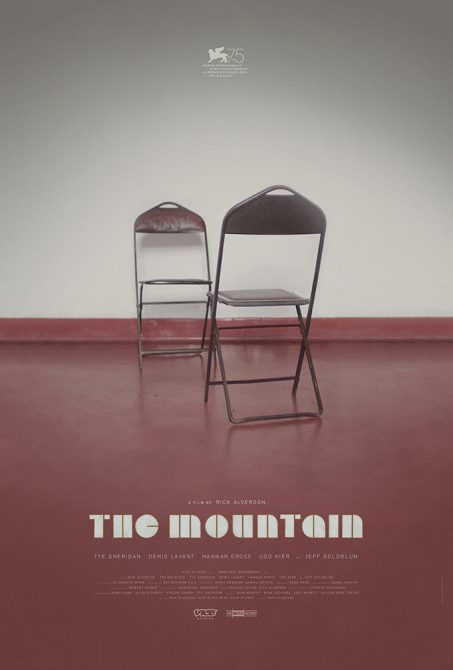 Rick Alverson (born June 25, 1971, in Spokane, Washington) is an American filmmaker and musician living in Richmond, Virginia. His feature films include The Mountain (2018), Entertainment (2015), and The Comedy (2012). His work has screened at numerous festivals, including the Sundance Film Festival, the Festival del film Locarno, New Directors/New Films, the International Film Festival Rotterdam, and BAFICI. He has directed videos for Oneohtrix Point Never, Sharon Van Etten, and Angel Olson, among others.

Rick Alverson has established himself as one of the finest American film artists of our time. Refusing to make opiate-like entertainments with all of the usual trappings, Alverson instead seeks to provoke the audience, to snap us awake from our catharsis-craving slumber. Viewers must grapple with the work, often leaving the theater questioning and activated by the experience rather than passive and complacent. While a turn off to some, this is exactly what makes his work so valuable. In a too-often same same cine-factory that concerns itself with box office and easy digestibility, it is artists like Alverson who push the boundaries and move the form forward, keeping cinema vibrant. Over the course of 5 features— which defy easy classification—he has astounded those that open themselves up to his vision.

The Mountain details a lackadaisical young ice rink worker named Andy (Tye Sheridan), who falls under the spell of charismatic lobotomist, Dr. Wallace Fiennes (Jeff Goldblum) in the waning days of that horrific practice. With his mother institutionalized and the untimely death of his father (Udo Kier!), Andy sets out on a bleak road trip, accompanying Dr. Fiennes and photographing his controversial “procedures.” Fiennes travels the US poking and severing his way through the frontal lobes of the institutionalized, while Andy looks on, seemingly unphased, but there may be something smoldering inside of this lumbering young man.

The Mountain’s impeccable frames and sparse sets, while aesthetically pleasing, unsettle from the outset. Their cold perfection confines the characters within a utopian ideal that clashes with a dark reality. This American Gothic fable unmasks the incongruences of a supposedly apple pie 1950s America, taking to task the notion that somehow things were better back when—that America could be “great again” when that “greatness” is built on a lie. The Mountain illustrates a gilded age of economic expansion and technological advancement that was rotten to its core. (Scott Braid)

« Miles Davis: Birth of the Cool
One Man Dies a Million Times »