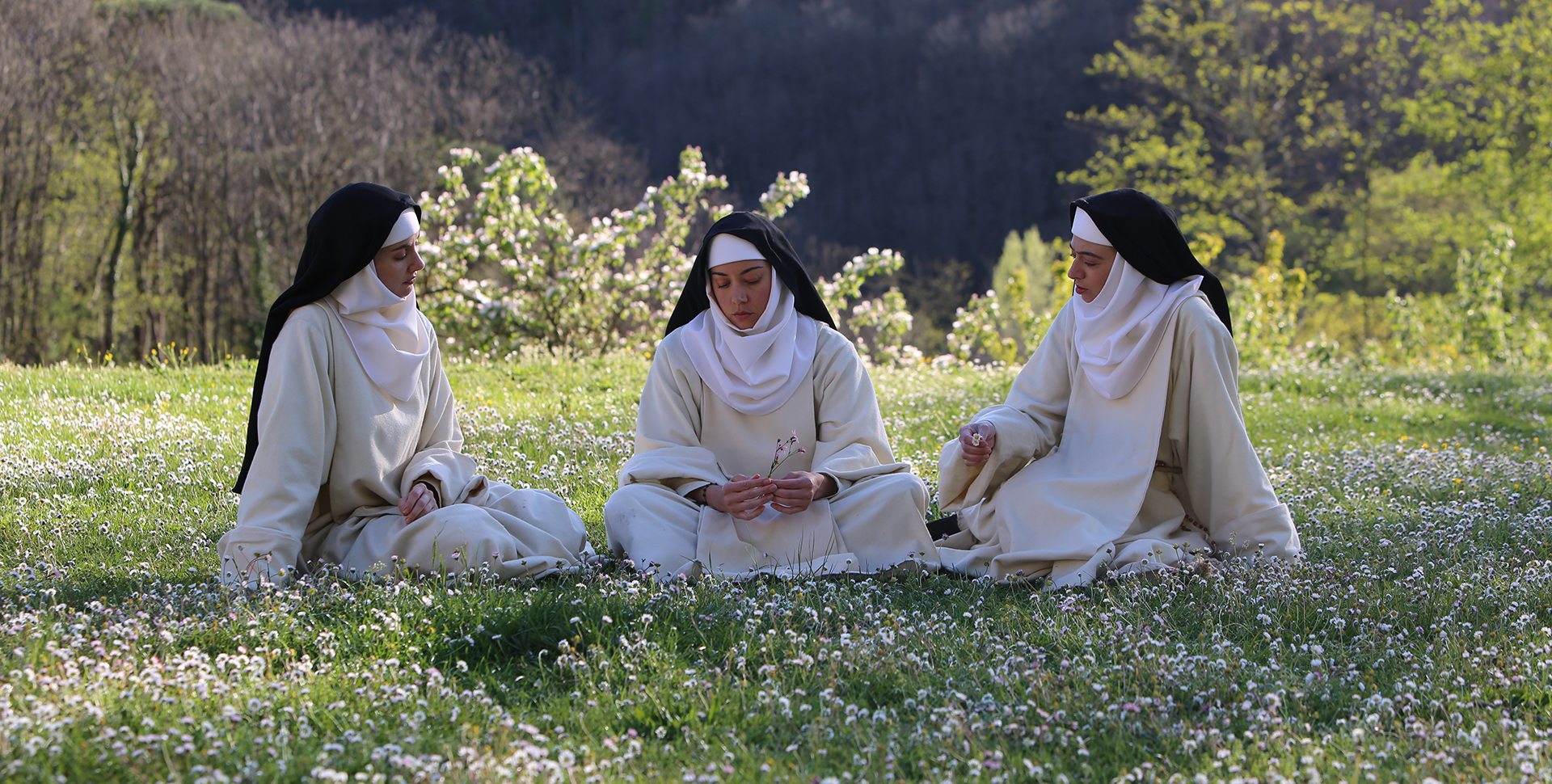 There have been a number of film adaptations of Giovanni Boccaccio’s The Decameron. From the silent age to the present, Boccaccio’s work has inspired more than a handful of memorable films, most notably Italian maestro Pier Paolo Pasolini and his 1971 film, Il Decameron, which created a sensation in its day with its abundant nudity, sex, slapstick, and scatological humor. It only took 46 years, but the world has finally found a worthy successor to Pasolini’s irreverent take on Boccaccio’s classic, the wickedly funny The Little Hours from writer/director Jeff Baena (Life After Beth, Joshy).

This free-wheelin’ adaptation of The Decameron strikes comedic gold in the first few minutes of screen time, and keeps the belly laughs coming at a quick clip all the way through to its delirious finale. Baena directs an all-star cast in this bawdy, raunchy, and at times straight-up bonkers film. Medieval nuns Alessandra (Alison Brie), Fernanda (Aubrey Plaza), and Ginevra (Kate Micucci) are trying to live a simple life of piety in their convent. However, overwhelming boredom and mounting sexual frustration lead to some less-than-sisterly behavior. After the aggressive nuns drive a peasant worker away, Father Tommasso (John C. Reilly) brings on new laborer Massetto (Dave Franco), a studly young servant who was forced from his last post by a series of indiscretions with his lord’s wife. The young hunk’s presence tips the scales for the repressed sisters, and it isn’t long before their libidos get the best of them. The whole convent erupts in an orgy of sex, drugs, and defrocking woes. (Scott Braid)