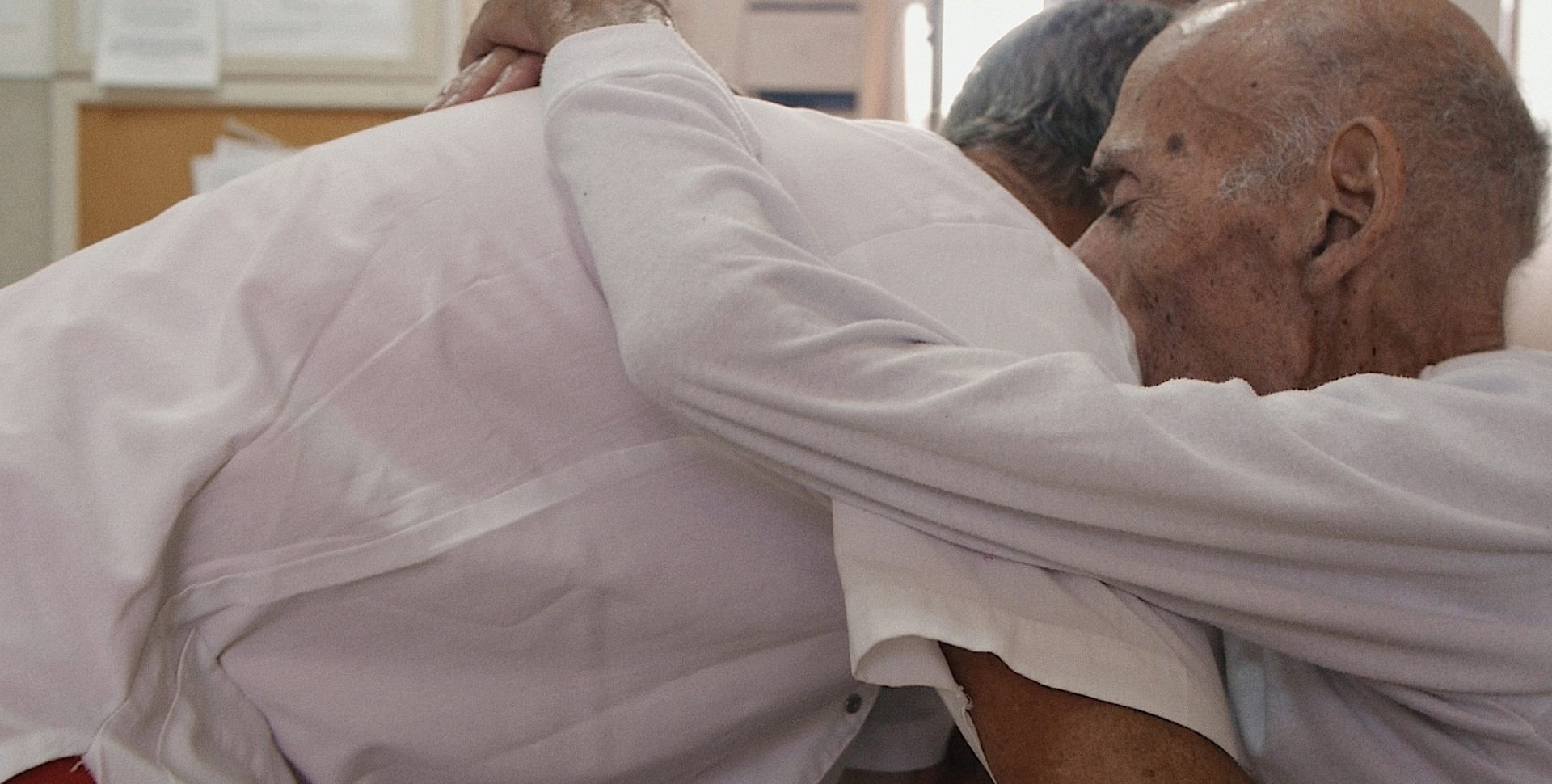 Adam Weingrod’s feature documentary debut is a stirring look at the inhabitants and workers of the St. Louis French Hospital—a Hospice for terminally ill patients—situated on the tense border between East and West Jerusalem. Employing a Frederick Wiseman-esque observational style, Weingrod’s soulful film inhabits this centuries old hospital over a period of two years as its workers tend to the critically ill inhabitants housed there, helping them to live out the remaining days of their lives with dignity.

While the film’s focus revolves around end-of-life care, it is far from dreary. Instead, finding great warmth, resonance and even joy in human interaction, even in this unlikeliest of places. This is a film that relishes the quiet moments of life, working from the assumption that these little moments—a shared laugh, an anecdote between workers, a hug, a routine act of kindness—build to something greater than the bigger milestones by which we often judge our lives.

The world outside the hospital is fraught with divisions, tensions and even war between the various religious and ethnic factions that inhabit the city. Within the walls of St. Louis French Hospital, Jews, Christians, and Muslims work together, finding meaning and camaraderie in their mission to bring comfort to those living out their final days. One exits this deeply moving film wishing that the caring dynamic on display inside hospital walls could be replicated outside its confines. (Scott Braid)

Ching Mei’s hands have been roughened. As a Chinese mainlander in Taiwan, she works long hours at home as an unauthorised masseur to feed her two sons and sick husband. All this could change with a job opening at a public service center. These hands have waited a long time.