Ordinary people in New York are asked to talk about their lives and their hopes for the future in a time marked by political division and climate change. 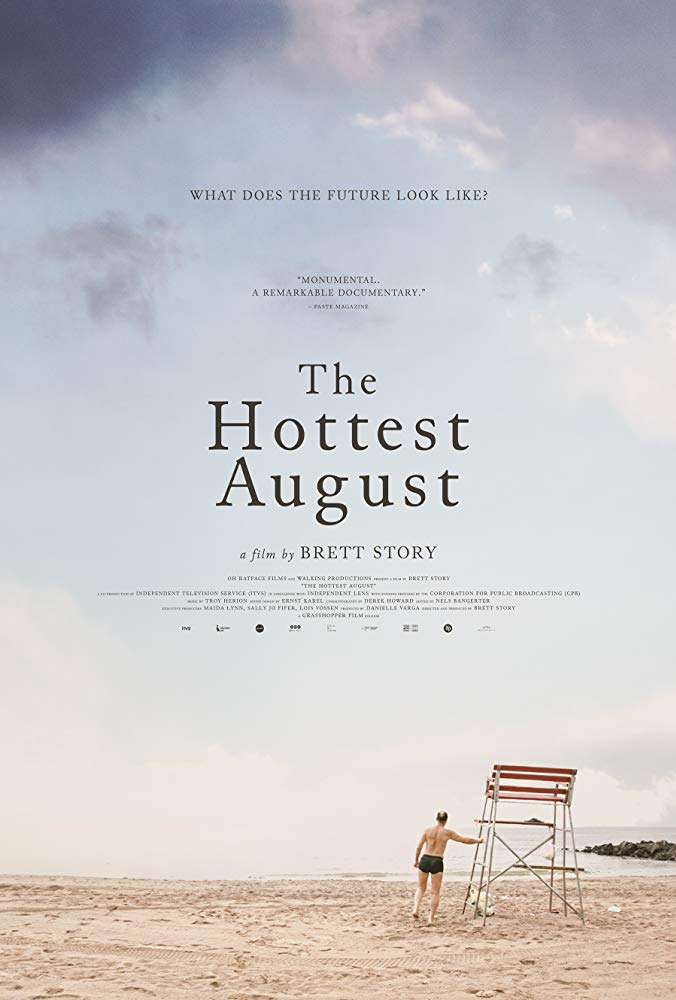 A complex portrait of a city and its inhabitants, The Hottest August gives us a window into the collective consciousness of the present. The film’s point of departure is one city over one month: New York City, including its outer boroughs, during August 2017. It’s a month heavy with the tension of a new President, growing anxiety over everything from rising rents to marching white nationalists, and unrelenting news of either wildfires or hurricanes on every coast. The film pivots on the question of futurity: what does the future look like from where we are standing? And what if we are not all standing in the same place? The Hottest August offers a mirror onto a society on the verge of catastrophe, registering the anxieties, distractions, and survival strategies that preoccupy ordinary lives.

“This collection of interactions with ordinary people is a cinematic gift both simple and multilayered, an intellectual challenge and an emotional adventure.”
– Glenn Kenny, New York Times

“Even face to face with a bleak future, The Hottest August is steeped… delight, the kind that reminds us that there’s beauty in the world, and a future that’s worth fighting for.”
– Sam Adams, Slate

“Brett Story knows how to ask good questions and then interpret the answers she receives – no matter how spicy, offensive, banal, or surprising – beyond the individual who speaks them.”
– Cassie da Costa, The Daily Beast