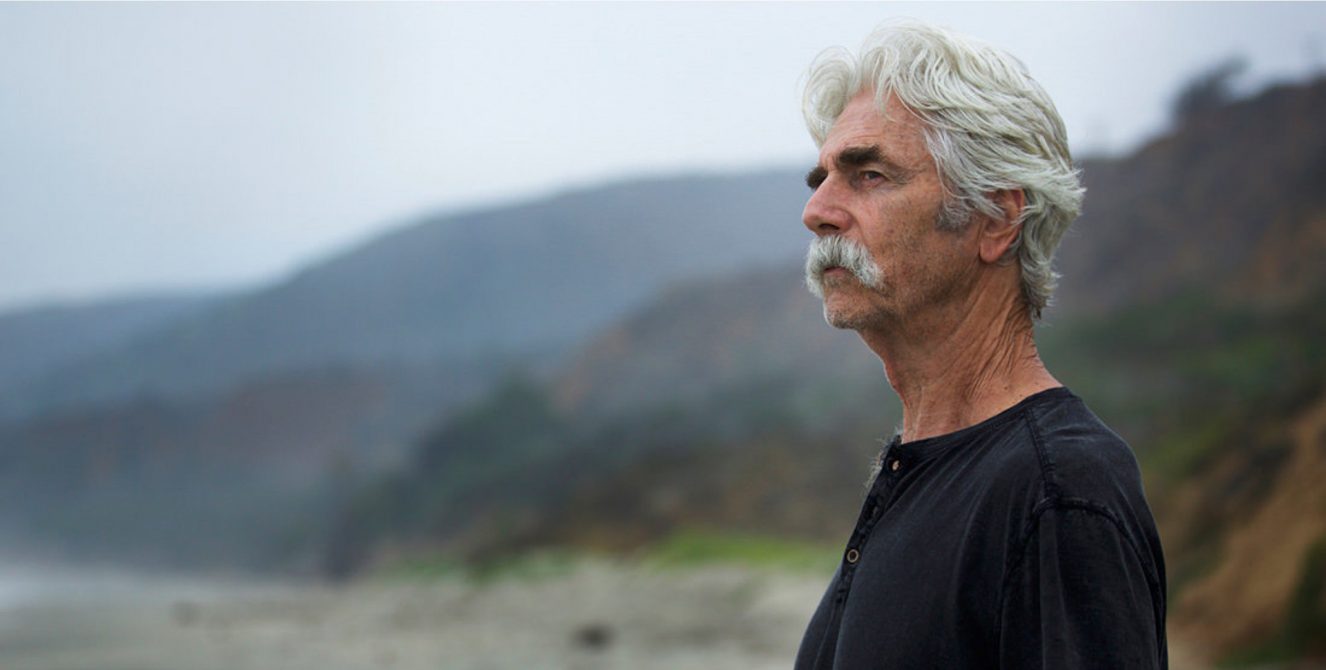 Sam Elliott has built an admirable career playing small parts that have large impacts—The Stranger in The Big Lebowski and Lily Tomlin’s ex-husband Karl in Grandma are two examples—and his voice alone sustains several commercials currently running on national television. In The Hero he plays Lee Hayden, a Western film icon whose career is clearly fading into commercial voiceover. Then life, as it often does in movies, gets more complicated. Elliott is in almost every frame, and he is a key reason this movie should be seen.

The setting, Malibu, and the plot, a person alone forced by a crisis to evaluate the value of his life, are lifted beyond cliché by the script, co-writer and director Brett Haley’s gentle and skillful guidance, and by Elliott’s amazing performance. He is surrounded by a terrific cast including Nick Offerman, who plays his neighbor and admiring fellow actor, and Laura Prepon from Orange Is the New Black, who plays a much younger standup comedian who is going through her own self-evaluation. The cast also includes Elliott’s real-life wife, Katherine Ross, who was Butch Cassidy and the Sundance Kid’s partner-in-crime.

Premiering in competition at this year’s Sundance, The Hero was written for Elliott, and rightly so. He carries the movie so gracefully that it gives us a rare chance to celebrate a great artist performing at the very top of his craft. (Jed Dietz)

Closing Night ticket price includes access to the after-party in the Ynot Lot and Windup Space, catered by Blue Pit BBQ and Whiskey and Red Emma’s, with beverages sponsored by Union Craft Brewing.