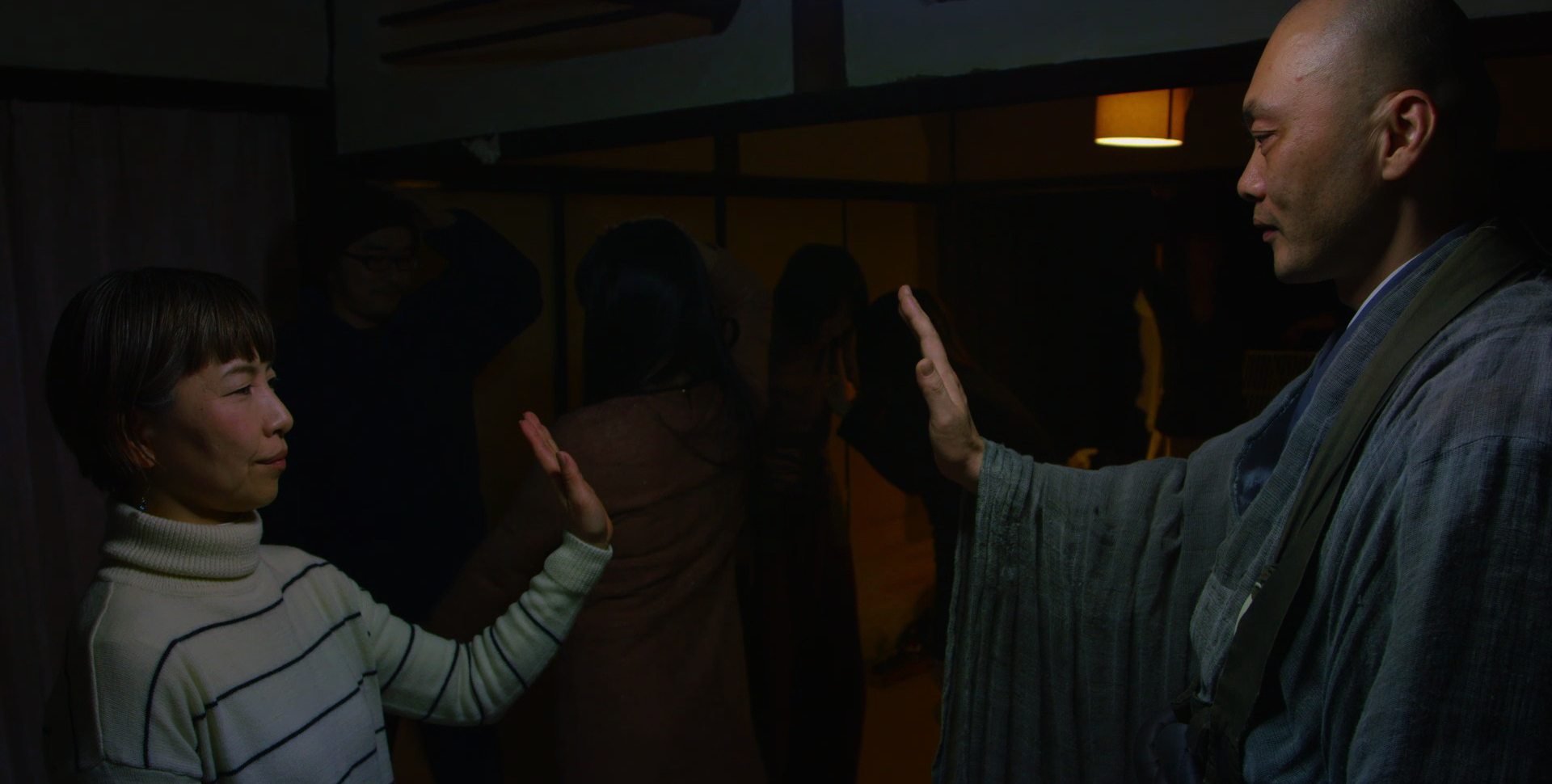 As the singular documentary The Departure opens, Rinzai Zen priest Ittetsu Nemoto instructs a group of men and women to use blank sheets of paper to write down the most important things in their lives—perhaps music, food, their health, their pets, their family, their home, their love of travel. One by one, he asks them to choose one of these sheets to give up, tearing up those sheets to symbolize the loss of each thing in their lives, until only one sheet remains—the most important thing in each of their worlds. Then, finally, he asks them to tear up even that sheet, as a symbol for their own death—and as a reminder that each of them still has special things in life they would not want to do without.

Nemoto is a priest specializing in suicide counseling in Tokyo. He’s also a person of endless surprises, from his aggressive punk-rock past to his still-indulged passions for motorcycles and dancing. But as The Departure brings us closer and closer to Nemoto, we learn also about the sad and deeply personal reasons he not only turned to this work but pursues it with obsessive energy (and very few boundaries)—and the extreme toll the life he’s chosen has taken on his own physical health.

The Departure offers one of the most memorable character studies in recent documentary history. It’s also a deeply emotional, nuanced exploration of the search for meaning in life, the struggle many people have just to keep going, and the grief that comes when someone takes their own life. Lana Wilson (co-director of MdFF 2013’s excellent After Tiller) has accomplished something remarkable here, introducing us to incredible people and points of view that will live on in our minds for years to come. (Eric Allen Hatch)

“Immensely moving. Lyrical and deeply meditative…digs deep into major questions without being afraid of the answers.” — IndieWire

“Stunning. The movie probes this man’s fascinating life with a graceful ennui that is fitting for the subject matter and more than its fair share of superior lensing” — Brandon Harris, Filmmaker Magazine

“One of the major discoveries of the 2017 Tribeca Film Festival, Lana Wilson’s The Departure is a beautiful, wise, and deeply empathetic immersion into one fascinating character’s unique approach to suicide prevention. A quietly impressive work whose images, characters, and ruminations linger on long after the lights come up.” — Scott Macaulay, Filmmaker Magazine


Directions to the Parkway Theatre
The Stavros Niarchos Foundation Parkway is located at 5 W. North Avenue (at the intersection of North Avenue and Charles St.) in Baltimore's Station North Arts and Entertainment District
See the Parkway on Google Maps