The Blood is at the Doorstep 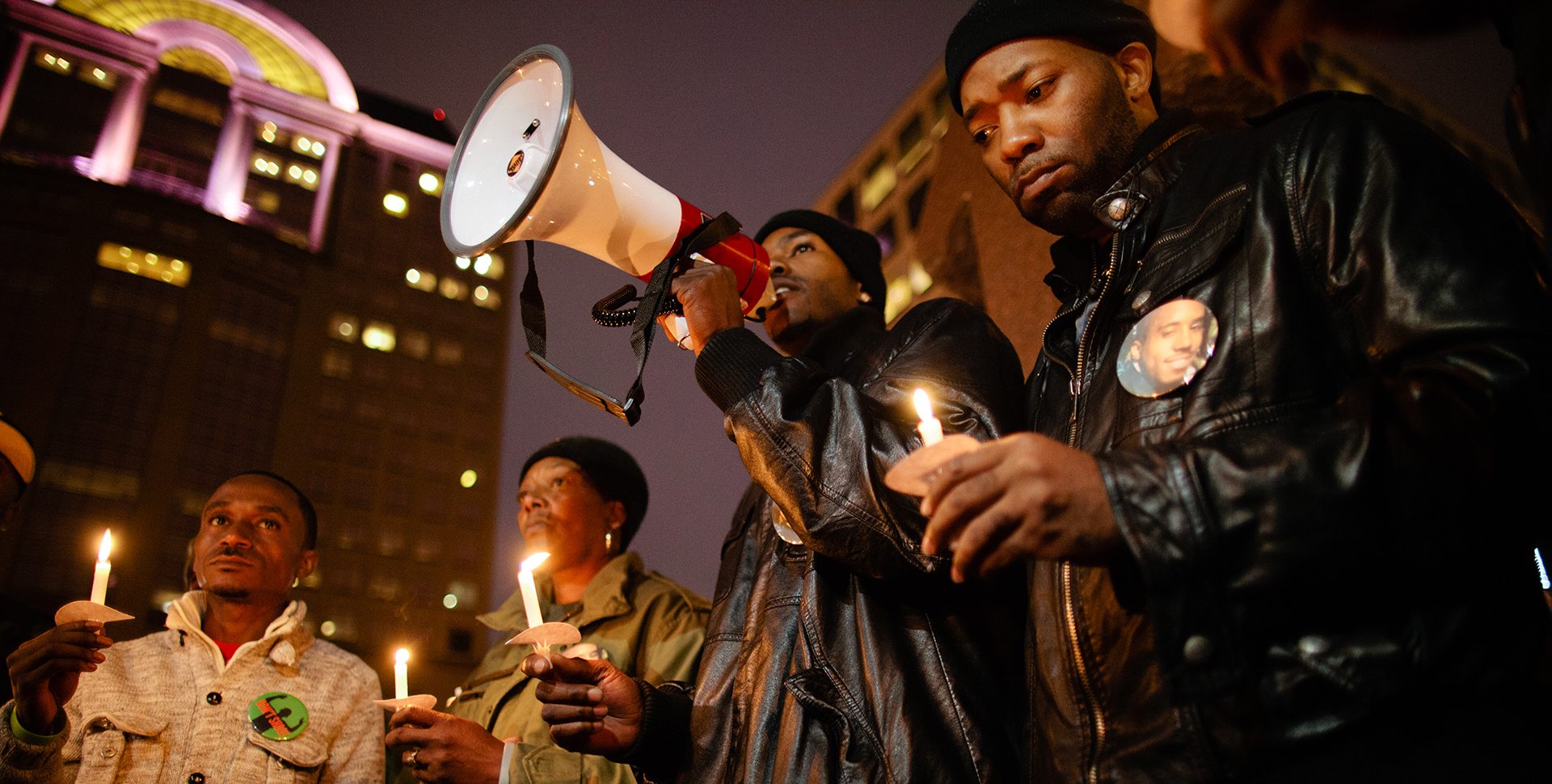 Presented by: Erik Ljung and members of the Hamilton family

While not as publicized as cases of police brutality and police shootings in cities like New York, Oakland, Ferguson, and right here in Baltimore, the 2014 killing of Dontre Hamilton in Milwaukee is as shocking and tragic as any. In broad daylight in an area not unlike our Inner Harbor, an officer responding to a complaint from a Starbucks employee approached Dontre Hamilton, an unarmed black man coping with paranoid schizophrenia resting in a public park. Minutes later, the officer shot Dontre 14 times.

The absolutely riveting and often angering documentary The Blood Is at the Doorstep digs deep into this case and its aftermath, following Dontre’s family and surrounding community for three years. We get incredible access to Dontre’s mourning mother Maria and determined older brother Nate, both of whom become committed activists in the wake of Dontre’s killing. We also spend time with Milwaukee Police chief Ed Flynn, examining his response to Dontre’s case and the still-unfolding legacy of that response.

Director Erik Ljung has meticulously crafted a piece of essential viewing, one that has much to contribute to our understanding of the ongoing epidemic of police violence. We get to know the victim, and watch his family’s transformation into activists. We see the complex layers of engagement when a mourning family’s desires diverge from those of fellow activists, and feel their frustration and anger with institu- tional responses. Importantly, we also see the often-ugly role police unions and “blue lives matter” rallies can play in preserving an oppressive status quo. The setting may be Milwaukee, but it could just as well be Baltimore—and it’s a film every concerned citizen here should see. (Eric Allen Hatch)