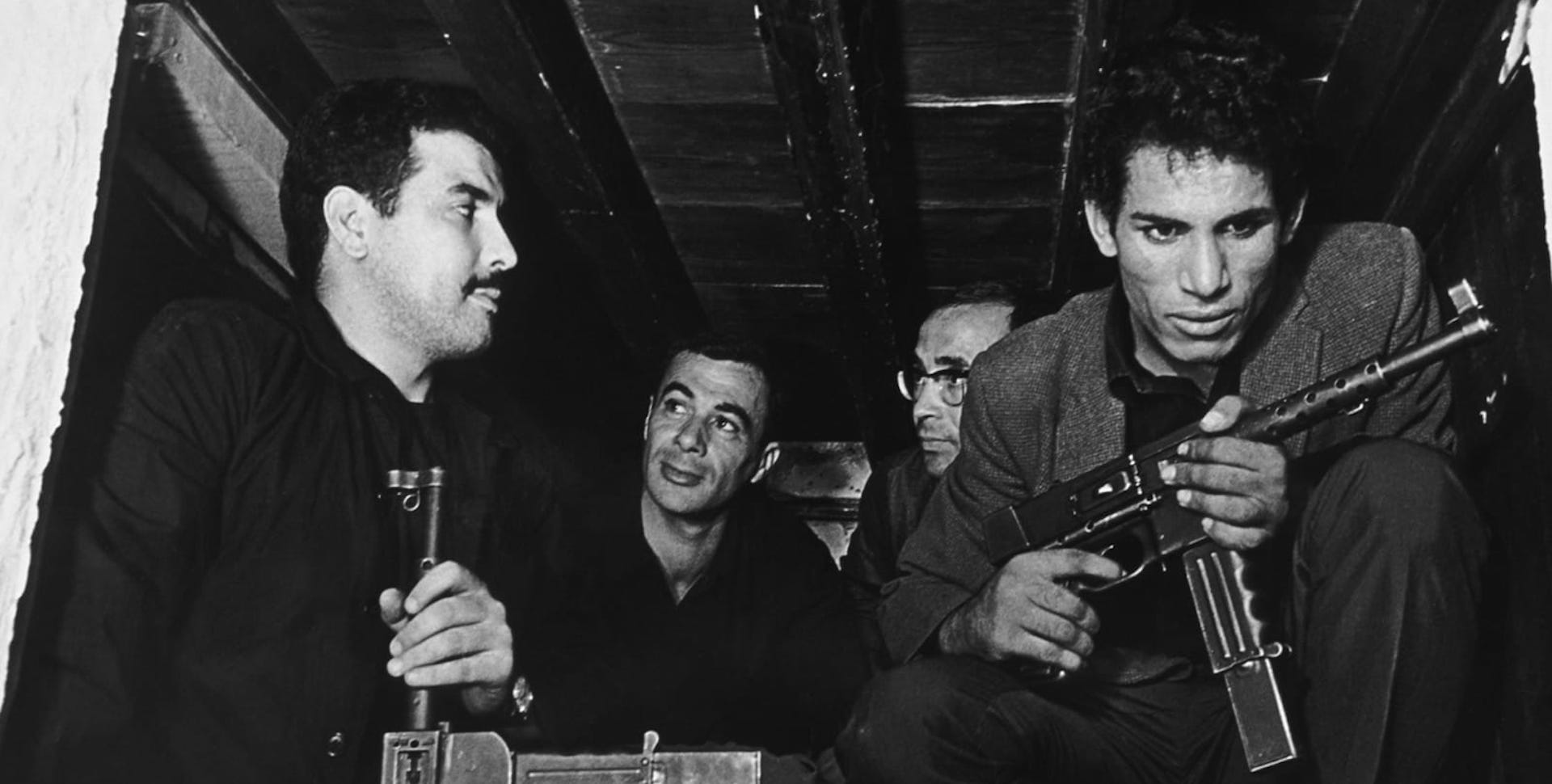 About the 1968 ON FILM series: 1968, a year of global protest and revolution, galvanized audiences for movies that reflected their changing world. The film-makers of the era rose to that challenge, producing remarkable documents of the times that upended cinematic traditions with bold new forms and innovative content. This series presents some landmark films from 1968, in company with a few that paved the way and others that look back with admiration, nostalgia, and regret for what we gained and what we lost in that transformative year. Hosted by Todd Shepard, Arthur O. Lovejoy Professor of History at Johns Hopkins University. Presented by the Johns Hopkins Film and Media Studies Program. _______________________________________________________________________________________________ A history of the three-year Battle of Algiers, chronicling the escalating terrorism and violence between French military forces and the Algerian independence movement, based on the memoirs of Saadi Yacef, a leader of the National Liberation Front. One of the most influential political films in history, The Battle of Algiers, by Gillo Pontecorvo, vividly re-creates a key year in the tumultuous Algerian struggle for independence from the occupying French in the 1950s. As violence escalates on both sides, children shoot soldiers at point-blank range, women plant bombs in cafés, and French soldiers resort to torture to break the will of the insurgents. Shot on the streets of Algiers in documentary style, the film is a case study in modern warfare, with its terrorist attacks and the brutal techniques used to combat them. Pontecorvo’s tour de force has astonishing relevance today.

"MASTERPIECE! Surely the most harrowing and realistic political epic ever!" — PHILLIP GOUREVITCH, THE NEW YORKER