A snobbish tax lawyer becomes an attorney of his old friend after seeing him being arrested by military regime. 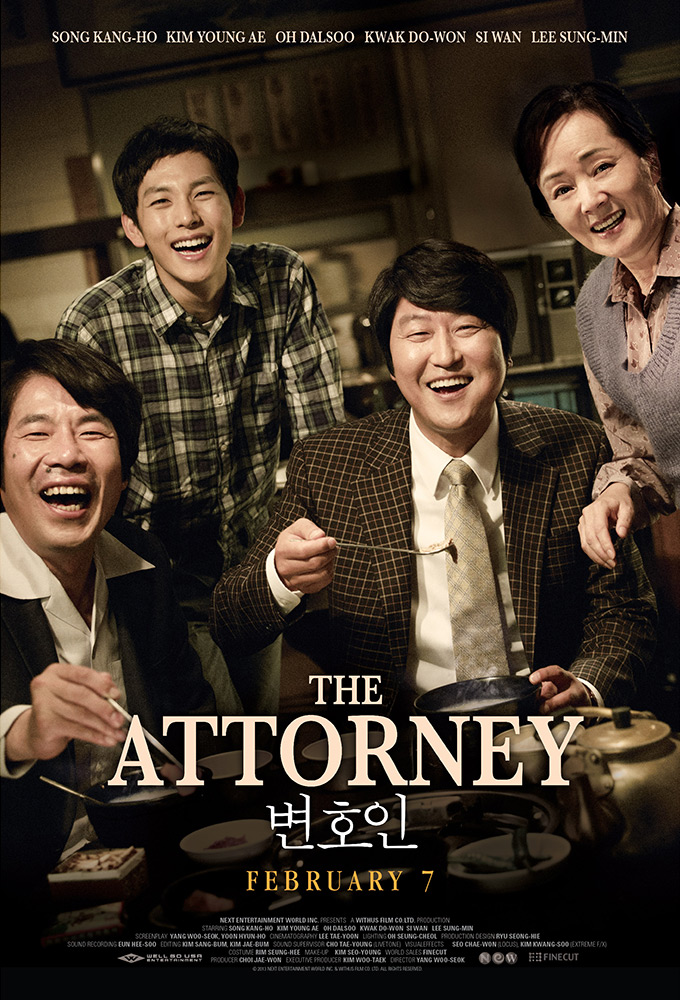 Language: In Korean with English subtitles

The Korean Cultural Center in Washington, DC and the SNF Parkway co-present The Attorney for FREE! Light Korean Food will be provided at 6:30 PM, before the film is screened.

This story is based on true events.

Song Woo-seok has no clients, connections, or college degree, but his eye for business and appetite for money make him the most successful lawyer in town. But at the peak of his success, a local teenager is falsely accused of a crime, then beaten and tortured while waiting in jail. Shocked by these conditions, Song takes the case no one else will, and changes the course of his life.

“The movie is carried by its rousing pro-democracy message and a lively performance from the versatile leading man, whose credits include such notable Korean films as The Host and Memories of Murder.”
— Mark Jenkins, The Washington Post

“Every scene does its job, tears flowing on cue.”
— Nicolas Rapold, The New York Times