The Art of Self-Defense

The Art of Self-Defense stars Jesse Eisenberg and is set in the world of karate. Eisenberg plays a man who is attacked on the street and enlists in a local dojo, led by a charismatic Sensei (Nivola), in an effort to learn how to defend himself.
Watch Trailer 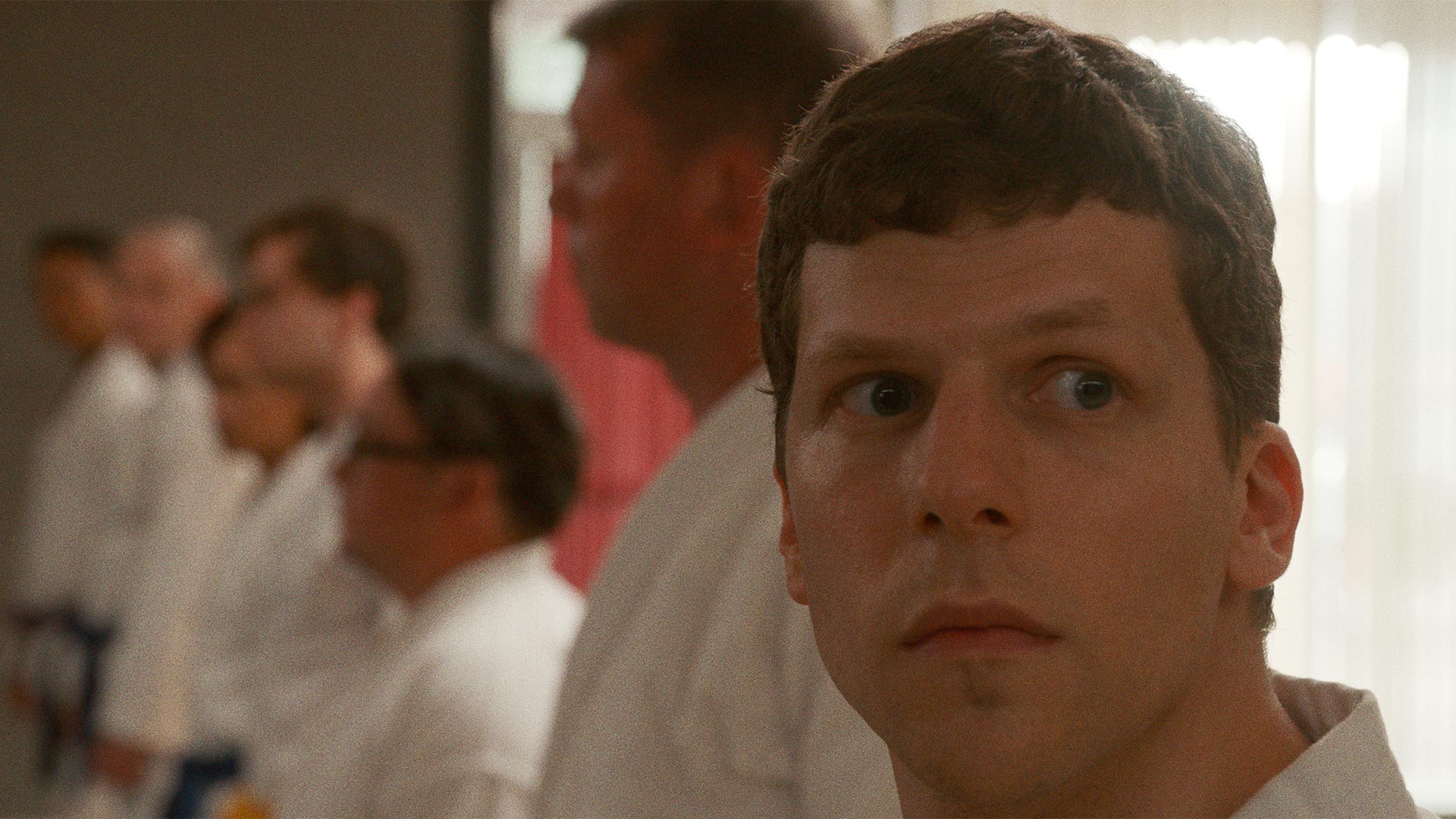 Riley Stearns grew up in Pflugerville, TX. His short The Cub played at Sundance Film Festival in 2013. His feature debut Faults premiered at SXSW in 2014 and was released theatrically. He is a purple belt in Brazilian Jiu Jitsu under Renzo Gracie black belt Shawn Williams. The Art of Self-Defense is Riley’s second feature.

Riley Stearns’ emergence as one of the most promising and unique directors working today, should come as no surprise to those that have been following him at MdFF over the past 6 years. His grimly hilarious 2013 breakout short film, The Cub and his acclaimed feature debut, the acerbic comedy‑drama Faults (both of which played the festival) established him as one of the most exciting up-and-coming talents in indie film. With his sophomore effort, The Art of Self-Defense, Stearns cements his status as auteur, continuing to create a cinematic universe all his own.

Stearns finds his film’s center in Casey Davies (Jesse Eisenberg), a nebbish accountant and a virtual cipher whose existence has little to no impact on those around him. He plods along in his day-to-day, harassed by his co-workers and ignored by those from whom he seeks attention. His only true friend is his adorable dachshund. Late one evening, returning from a grocery run to pick up dog food, Casey is brutally assaulted. Although he survives this severe beating, he is shaken to his core and left fearing for his safety. To reclaim his sense of security, he decides he must arm himself, but complications arise at the gun store and the instant gratification of a new firearm is not to be had. Walking home dejected, Casey stumbles across a rundown dojo in a vintage storefront. Inside he finds a charismatic leader known as Sensei (Alessandro Nivola), whose spell he quickly falls under. Intrigued by this masculine role model and the opportunity to leave his victimhood behind, Casey signs up and quickly ingratiates himself to Sensei. As he immerses himself in the world of the dojo, Casey begins to suspect that the Sensei and his acolytes may not be quite the exemplars that they seem.

The Art of Self-Defense is a darkly comic and at times disturbing exploration of what lies at the extremes of machismo, a logical terminus which finds reassurance in conquest and security in violence. Stearns’ film thrusts us into the abyss of toxic masculinity, exploring the shortcomings of aggression as a life strategy and managing to find plenty of uncomfortable laughs along the way. (Scott Braid)