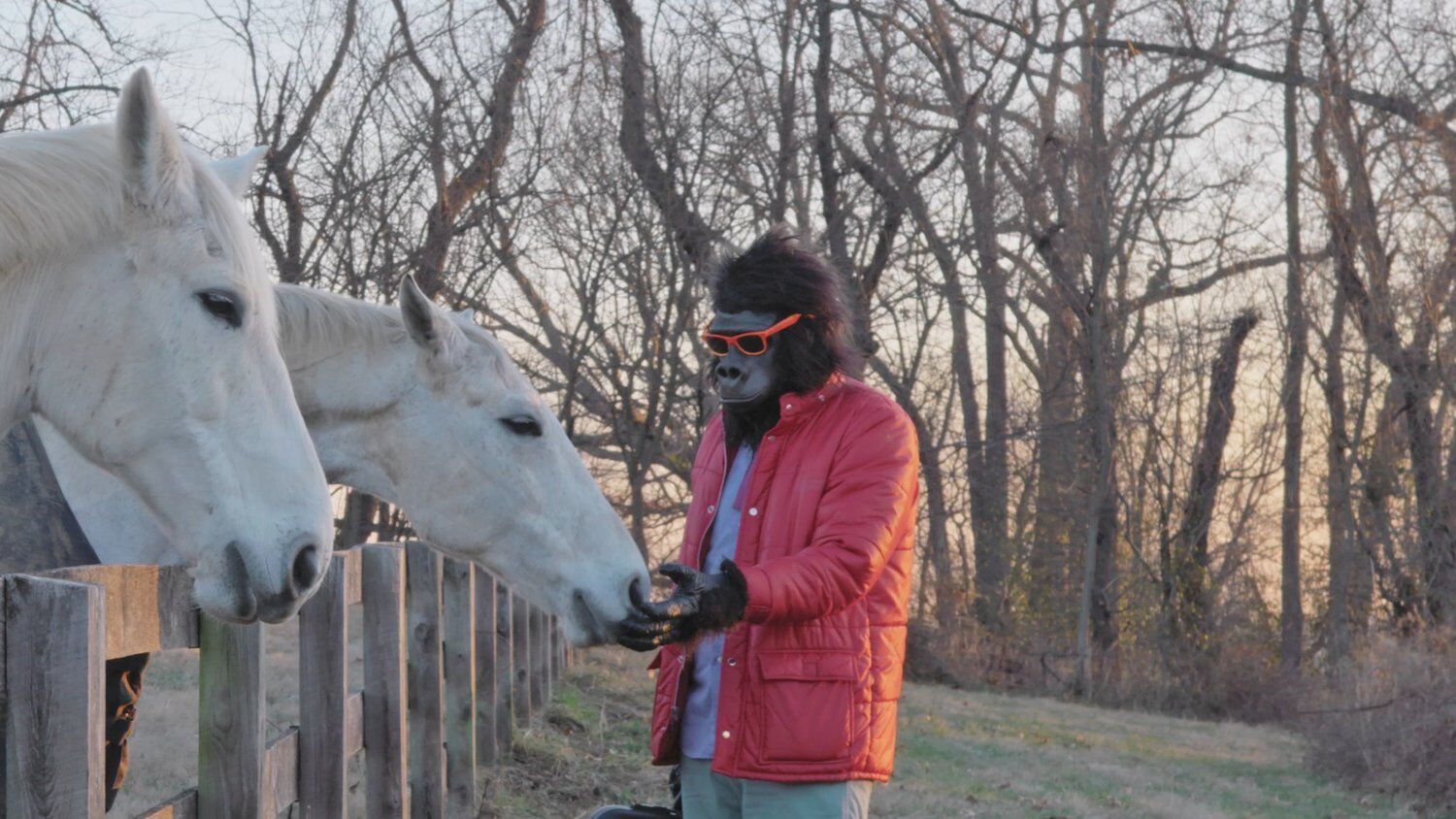 Sylvio is a mild-mannered gorilla in the midst of an existential crisis. He just might go bananas if he has to spend one more day at his soul-sucking debt-collection job. He yearns for a life where he can spend his days being creative and have more time to create puppet shows with his hand puppet, Herbert Herpels, a character who, like Sylvio, relishes life’s quiet moments.

One day, during the drudgeries of debt collecting, Sylvio knocks on the door of local TV host Al Reynolds (Kentucker Audley). Once inside, Sylvio is mistaken for a guest and whisked in front of the cameras. While his debut on the show is less than stellar, the viewers see Sylvio’s bungling as entertainment. For better or worse, Sylvio makes a splash—and it may be just what Al needs to boost ratings.

Co-directors, co-stars, and co-writers Albert Birney and Audley pull off a minor miracle, crafting this funny and soulful film made right here in Baltimore. Even though the main character is a gorilla, each laugh comes from a place of deeper truth about the human experience, leaving many of the chuckles inflected with a note of melancholy. In different hands, the mix of tee-hees and tears might not connect, but Sylvio is that rare film that can command a disarming sweetness and gentle humanism while also bringing plenty of laughs. (Scott Braid)

“The jokes are consistently inventive and the counteracting pathos on point.” – Keith Uhlich, The Hollywood Reporter

“Sylvio is, at heart, a tale of independent artistry and its snares. The result is a generous, achingly tender comedy that offers some of the loopiest, most wondrously inventive humor…” -Richard Brody, The New Yorker