A sensory opus from the volcanic island of Hawaii, where honeybees, the original people's cosmology and a NASA project are all part of a thought-provoking ecosystem.
Watch Trailer 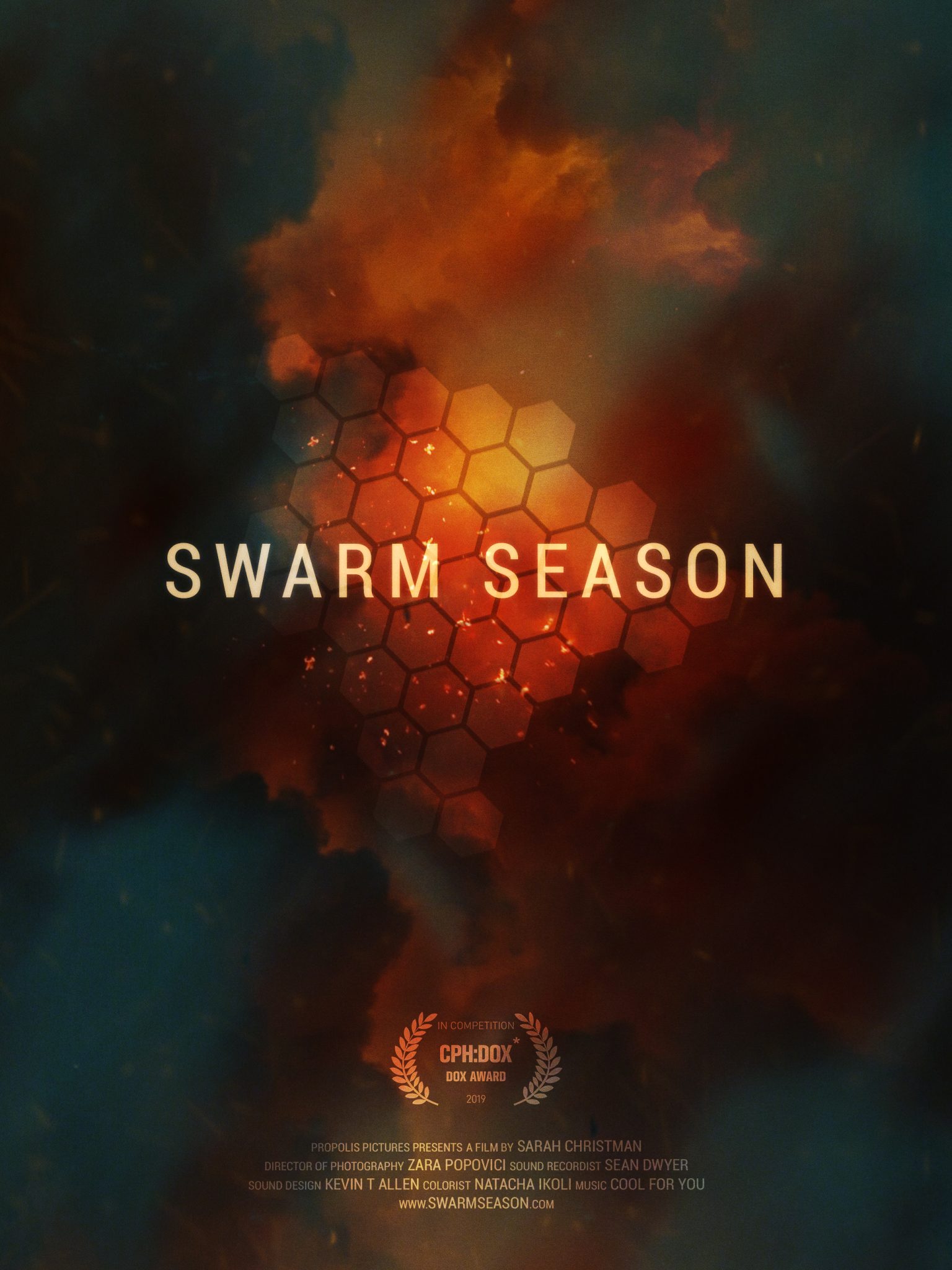 Sarah Christman makes films that explore the intersections between people, technology and the natural world. Her work has screened widely, including International Film Festival Rotterdam, Toronto Film Festival, New York Film Festival, MoMA Documentary Fortnight and the Los Angeles Film Forum. She received the New Visions Award from the San Francisco International Film Festival for her debut ﬁlm Dear Bill Gates and Jury Awards from the Ann Arbor Film Festival for Broad Channel and As Above, So Below. She teaches in the Film Department of Brooklyn College and the Feirstein Graduate School of Cinema / CUNY. Swarm Season is her first feature length film.

Challenging our expectations of how an environmental documentary should look or sound in 2019, Sarah Christman’s roving Swarm Season draws connections between microscopic views of bees linking arms and the honeycomb-like, hexagonal mirrors that make up the reflective grid of a telescope perched atop one of Hawaii’s most prized natural sites. Covering subjects as seemingly disparate as beekeeping, indigenous-led activism, and interplanetary exploration, this utterly unique vision offers up an incredible sensory experience, en route to grand comparisons between the societal structures of bee colonies and those of humans. Christman grounds her ecological meditation in a portrait of a mother‑daughter team doing their part to help honey bees survive, and in doing so, composes a vision both rigorous and welcoming.

Filmed on Hawaii’s Big Island, Swarm Season chiefly follows the lives of ten-year-old Manu and her mother Alison, who together collect wild bees in aim of cultivating disease resistant colonies. As they educate us on the process of swarming and the evolutionary risks of artificial queen rearing, incredible macro shots of bees are intercut with sweeping drone footage of the volcanic landscape that hosts them. Upon meeting Manu’s father, we watch as he participates in protests against the construction of the Thirty Meter Telescope on Mauna Kea and glimpse the goings-on inside one of the telescopes that already stands. Finally, as a small team of scientists make their “return to Earth,” after practicing in isolation for life on Mars, the film offers room to ponder the similarities between the splitting of bee colonies and NASA’s preparation for the colonization of space.

Equipped with a tremendous soundscape to complement its brilliant visual collage, Swarm Season is an absorbingly sensorial work, as richly rewarding to experience as it is to interpret. (Mitchell Goodrich)