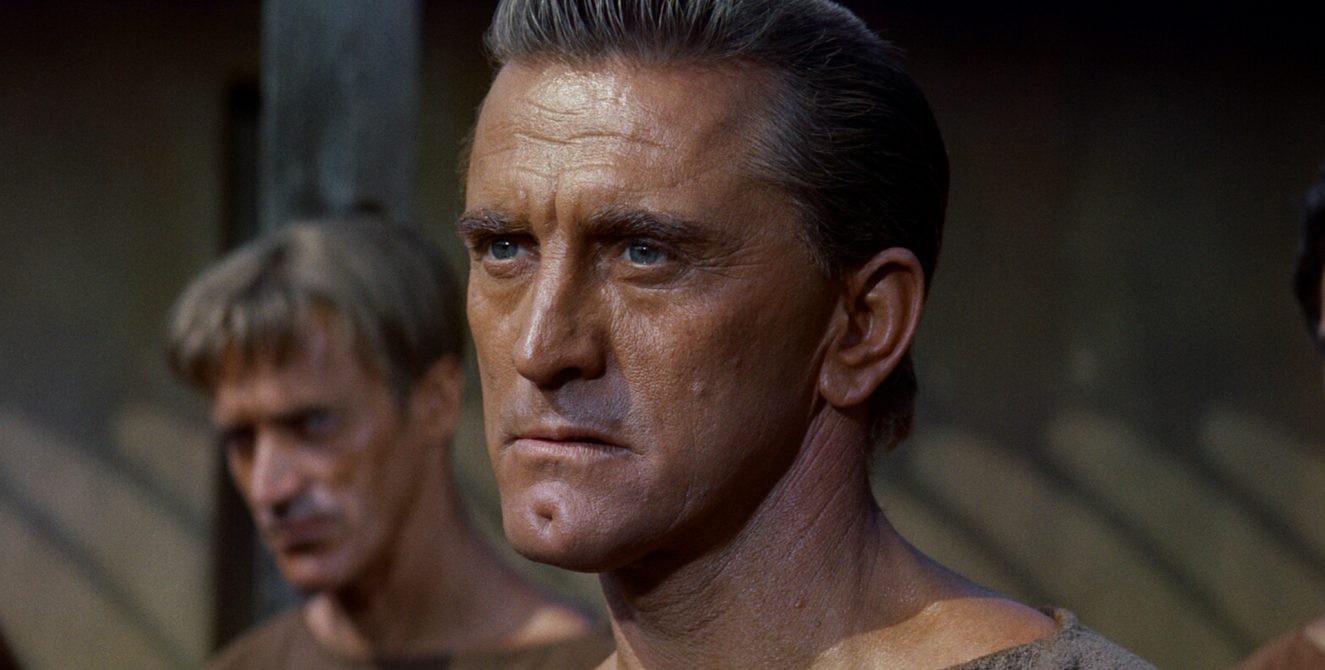 Stanley Kubrick directed a cast of screen legends — including Kirk Douglas as the indomitable gladiator that led a Roman slave revolt — in the sweeping epic that defined a genre and ushered in a new Hollywood era. The assured acting, lush Technicolor cinematography, bold costumes, and visceral fight sequences won Spartacus four Oscars; the blend of politics and sexual suggestion scandalized audiences. Today Kubrick’s controversial classic (from a screenplay by Dalton Trumbo), the first film to openly defy Hollywood’s blacklist, remains a landmark of cinematic artistry and history.

The rebellious Thracian Spartacus, born and raised a slave, is sold to Gladiator trainer Batiatus. After weeks of being trained to kill for the arena, Spartacus turns on his owners and leads the other slaves in rebellion. As the rebels move from town to town, their numbers swell as escaped slaves join their ranks. Under the leadership of Spartacus, they make their way to southern Italy, where they will cross the sea and return to their homes.

“This may be the best-paced and most slyly entertaining of all the decadent-ancient-Rome spectacular films.” — Pauline Kael, The New Yorker

“Its genuinely noble intentions, Alex North’s romantic score, the sheer scale of its emotions and spectacle, and its strong and unorthodox ending all make it uncommonly moving.” — Jonathan Rosenbaum, Chicago Reader

5/5 Stars:
“Kirk Douglas’s direct, unpretentious performance as the great slave-rebel Spartacus is more engaging than ever. A stirring classic.” — Peter Bradshaw, The Guardian