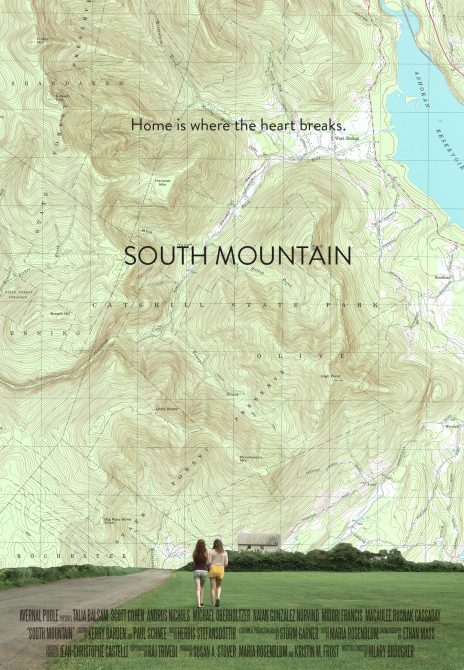 Hilary Brougher is a writer/director who lives and works in NYC. Her first feature, The Sticky Fingers of Time (1997) was presented at SXSW, and the Venice, Rotterdam, and Toronto Film Festivals. Her second feature, Stephanie Daley, featuring Tilda Swinton and Amber Tamblyn, premiered at Sundance in 2006 where it won the Waldo Salt Screenwriting Award, and also played at Locarno, Deauville, as well as Milan where it won Best Director. She is a member of faculty in the MFA Film Program at Columbia University School of the Arts, and also the current Film Division Chair. Hilary is married to Cinematographer Ethan Mass and has two children.

Hilary Brougher’s brilliantly directed South Mountain is the film Hollywood doesn’t want you to see, because at the center of its story is the radical idea that people over the age of 50 actually have lives! They still love, they still have hopes and aspirations, they still have desires—sexual and otherwise—and they are still very much human and working out their stuff.

Brougher’s assured third feature is an adept and subtle character study that catches up with middle-aged couple Lila (Talia Balsam of Mad Men) and Edgar (Scott Cohen of The Americans), as their two-decade marriage is running aground. Lila finds her tranquil Upstate New York existence suddenly upended when her husband Edgar’s secret life abruptly comes to light. This swift change in her world sends Lila into a tailspin, forcing her to lean heavily on her close friend GiGi (Andrus Nichols), who is dealing with traumas of her own, but remains a steadfast presence for her wounded friend. As a floundering Lila comes to terms with her husband’s double life, she searches out comfort where she can find it—a choice that may serve to complicate matters further.

But, no matter how complicated things get for this earthy family, South Mountain steers clear of moral judgements and surprises us with truly complex characters, full of complex emotions and responses to a difficult situation. Writer/director Brougher avoids pointing fingers, even if some of the characters do. She creates a film that feels very much lived in because it respects the people it portrays and affords them the space to show their dimensionality. Any fan of the great British filmmaker Mike Leigh, should find plenty to like here, in a film brimming with incredible performances from an excellent ensemble case. South Mountain is a stirring drama that lingers in the small moments and surprises with earnest emotional expansiveness, allowing its characters to be fully human in both their grace and their flaws. (Scott Braid)