Sight Unseen presents: TOWARD THE CONCRETE: Films by Mike Stoltz 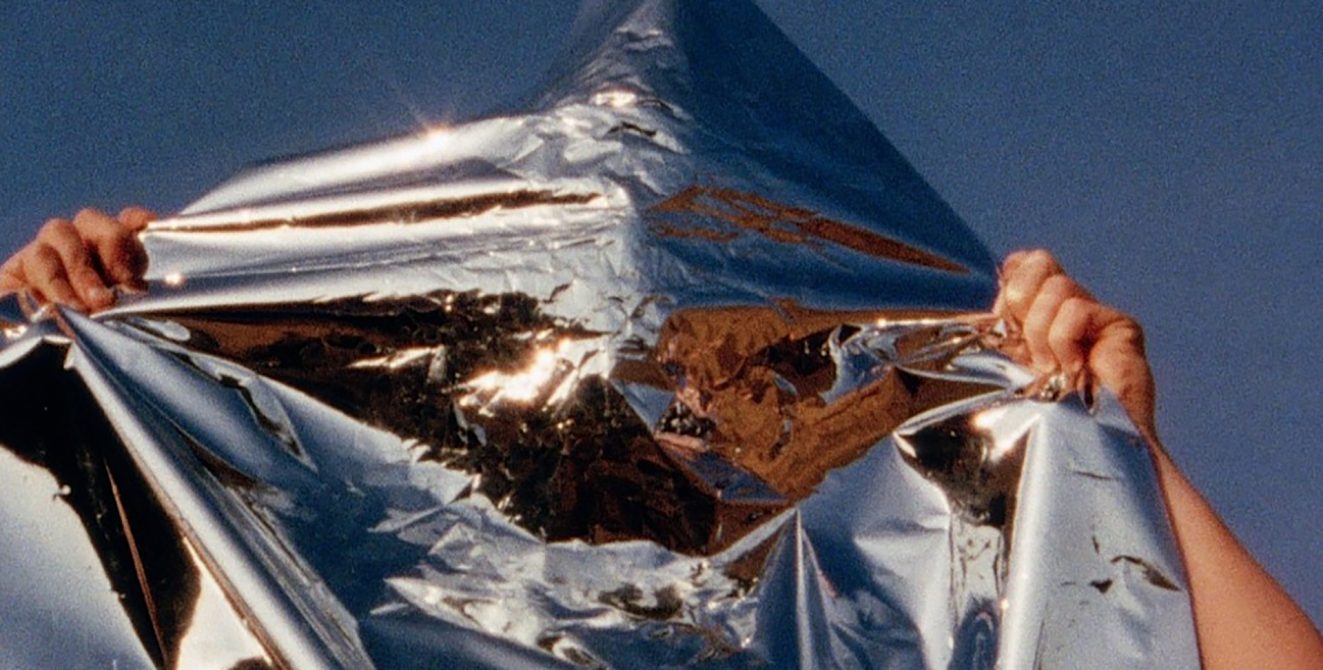 Ten Notes on a Summer’s Day, 2012, HD, color, sound, 4:30
“…The camera in Ten Notes on a Summer’s Day fixes on a young woman standing against a painted blue wall, the sun partially lighting her face, the sound of distant traffic in the background. Offscreen, a guitarist plucks single notes, and the woman hums along. When the music falls outside of her vocal range, she switches to a lower octave, her mouth turned up in a small grin. Later, she frowns slightly, seemingly unable to find her note. Gradually her confidence builds and her smile returns, though her humming is no longer anywhere close to the guitar’s pitch. Ten Notes is a marvel; it’s as unhurried and refreshing as this woman’s singing, which, though off-key, produces an unexpected harmony, a little song discovered in the process of its own making.” -Genevieve Yue

With Pluses and Minuses, 2013, 16mm, color, sound, 5:00
“…Stoltz shakes and dislocates audio and image with volume and pitch variations, editing the 16mm film in camera, varying the focus and the shot length of every frame, shifting background and foreground, turning and spinning the camera hand-held positions, and allowing sequences of black that punctuate the image’s algorithms. The filmmaker’s dance transforms abstraction into personal experience. He is an active agent of the surrounding world, and of the opportunities that open and close before us.”
-Mónica Savirón

Half Human, Half Vapor, 2015, 16mm, color, sound, 11:00
“This project began out of a fascination with a giant sculpture of a dragon attached to a Central Florida mansion. The property had recently been left to rot, held in lien by a bank. Hurricanes washed away the sculpture. I learned about the artist who created this landmark, Lewis Vandercar (1913-1988), who began as a painter. His practice grew along with his notoriety for spell-casting and telepathy. Inspired by Vandercar’s interest in parallel possibility, I combined these images with text from local newspaper articles in a haunted-house film that both engages with and looks beyond the material world.” -MS

Spotlight On A Brick Wall, Collaboration w/Alee Peoples, 2016, 16mm, color, sound, 8:00
“A performance film that navigates expectations of both the audience and the makers. A series of false starts. Dub treatment on the laugh track.” -AP&MS

ABOUT SIGHT UNSEEN
Sight Unseen is a Baltimore based film series that focuses on contemporary image based work that explore innovative ways of working with materiality, sound & narrative. Sight Unseen has been running since 2012 and is curated by co-founder, Margaret Rorison. As of June, 2017 Sight Unseen will take place at the newly restored Parkway Theatre, home of the Maryland Film Festival.

Sight Unseen programming has been made possible with the support of The 2012 and 2014 MICA LAB Award, Artists Public Domain, The 2015 Contemporary Grit Fund and the Robert W. Deutsch Foundation.

« After the Storm
Citizen Jane: Battle for the City »