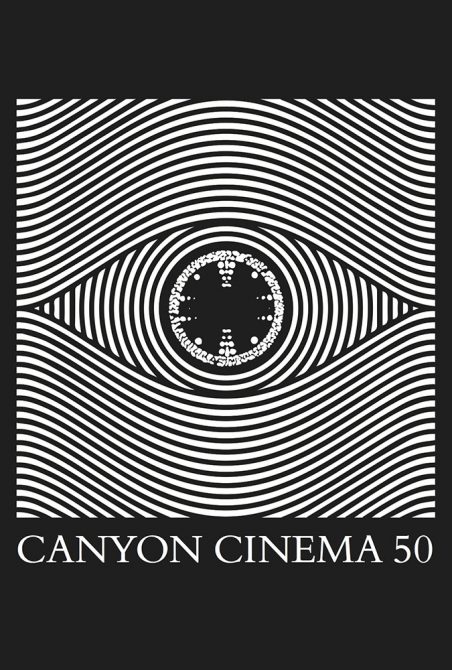 All attendees will receive a FREE copy of BmoreArt Journal Issue 05.

Canyon Cinema celebrates its 50th anniversary through the Canyon Cinema 50 project, which includes international touring programs showcasing newly created prints and digital copies, as well as an educational website including new essays, ephemera, and interviews with filmmakers and other witnesses to Canyon’s 50-year history.

All four 16mm programs, composed of 43 films drawn from Canyon’s circulating collection of more than 3,400 titles, will provide an opportunity for audiences to encounter some of the defining works of American avant-garde cinema as they were meant to be seen, while also recuperating forgotten voices and casting a contemporary eye on Canyon’s collection.

This program, ASSOCIATIONS is titled after John Smith’s 1975 film, a joyfully dense rebus-like image-word construction. Smith’s film is preceded by Sara Kathryn Arledge’s rarely seen 1958 work What is A Man, a film years ahead of its time, and Mark Toscano’s 2012 piece Releasing Human Energies, which utilizes film laboratory test footage of a “China Girl” set to a found text read by Morgan Fisher. The program also features Abigail Child’s classic 1989 film Mercy, from her celebrated “Is This What You Were Born For?” series; canonical works by Phil Solomon, Barbara Hammer, Robert Breer, and Robert Nelson; and two recent restorations: the humorously poignant Confessions by Curt McDowell and Akbar, Richard Myers’ extraordinary 1970 portrait of young black filmmaker and student, Akbar Ahmed.

The program will include the following films:

A film about control. A refinement of energy for purposes of conserving resources, materials, impetus, potential, so they might all be narrowly channeled toward an unquestioned goal of maximum profit with minimum waste. Capitalism, in this example, as a process of understanding how to make use of someone as efficiently as possible to get the most out of them that is desired.
Instructions for keeping people on task. (Mark Toscano)

What is a Man? propels Sara Kathryn Arledge from the realm of formal experimentation to social satire. Made with a remarkably sharp wit and a trenchant, mocking view of gender conventions, Arledge gives us a work far ahead of its time. Begun in 1951, Arledge received the first Creative Film Foundation award (established by Maya Deren) for script development in 1956 and completed the film in 1958. It was not until Nelly Kaplan’s also neglected feature A Very Curious Girl (1969) that women’s cinema would once again celebrate such a spirited, subversive artist. (Bill Nichols)

Images from magazines and colour supplements accompany a spoken text taken from “Word Associations and Linguistic Theory” by Herbert H. Clark. By using the ambiguities inherent in the English language, Associations sets language against itself. Image and word work together/against each other to destroy/create meaning. (John Smith)

Preserved by the Academy Film Archive. A kinetic film sketch designed to involve the viewers muscles. The rocky seaside cliffs near Stinson Beach, California, hold the wrecked carcass of a #52 pickup that is a rusting monument to Hot Leatherette. (Robert Nelson)

A popular lesbian “commercial,” 110 images of sensual touching montages in A, B, C, D rolls of “kinaesthetic” editing. (Barbara Hammer)

It’s a love story, with the usual dashing figures and old habits of spelling, repetition and listing. (Stephanie Barber)

A meditation on memory, burial and decay – a belated kaddish for my father. (Phil Solomon)

Preserved by the Academy Film Archive. As part of a “legendary body of work that is wildly life-affirming, bawdy, tender, often hilarious, sassy and frequently penetrating” (Mark Toscano), the nakedly personal Confessions, made while Curt McDowell (1945- 1987) was a graduate student in San Francisco, opens with the filmmaker looking into the camera while directly addressing his parents (who never did see the film) as he tenderly admits to childhood thefts and lies, drinking and taking drugs, and bluntly describes his varied sexual experiences.

To paraphrase something Lao Tzu didn’t say: This film’s an empty cup — You fill it up. (Thad Povey)

The final film in Abigail Child’s seven-part series “Is This What You Were Born For?”, Child has described Mercy as “dissecting the game mass media plays with our private perceptions.” Child masterfully composes a rhythmic collage of symmetries and asymmetries in a fluid essay that forefronts the treatment of the body as a mechanized instrument – placing the body in relation to the man-made landscape of factories, amusement parks and urban office complexes. With vocals performed by Shelley Hirsch. (from abigailchild.com)

Preserved by the Academy Film Archive. A conversation with a friend – Ahmed Akbar. A short interview-type film portrait with Akbar, a black filmmaker and former student of mine at Kent State. Akbar expresses an unusual and exciting view of himself/blacks in America/and such varied subjects as “this moon race shit!” A friendly, lively, exciting portrait of a very extraordinary person from Akron, Ohio. (Richard Myers)