The fascinating and often hilarious story of film censorship in America, as told through Maryland’s infamous State Board of Censors. 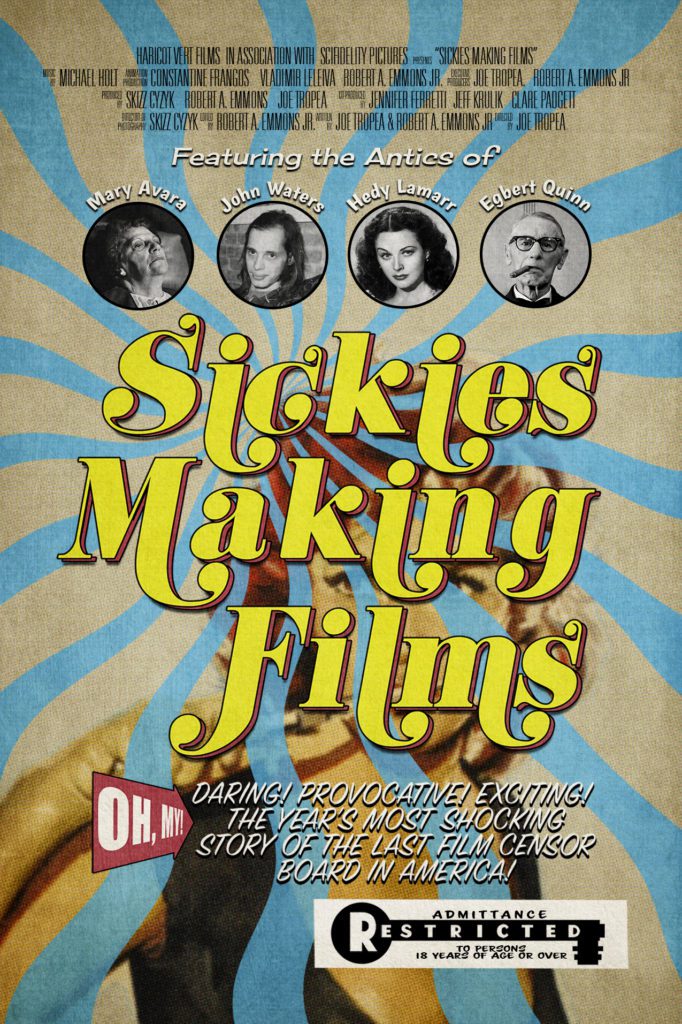 Decades before movies had a rating system, they had censors. Dating back to the silent era, seven states and dozens of cities across the United States empowered government-employed censors to cut films prior to their exhibition — or even ban them outright. Citing unacceptable violence, language, and sexuality, censors literally shaped the moving images audiences in their regions could access—often motivated by their own beliefs, prejudices, and strong personalities.

A love letter to the movies, Sickies Making Films looks at our urge to censor films and asks why? We find reasons both absurd and surprisingly understandable. Using the Maryland Board of Censors (1916-1981) as a lens, as well as archival materials, classic film segments, and interviews with filmmakers and exhibitors who were subjected to censorship, this documentary examines the recurring problem of censorship in America.

“A movie for enthusiasts and lovers of film and film history.”
— IndieWire

“Featuring a wealth of great movie clips, archival footage and interviews (beyond Waters), the movie offers a fascinating take on the twisted world of morality-based legislation, provoking horror and derision, both.”
— Christopher Llewellyn Reed, Hammer to Nail