A group of women climb a summer mountain situated in South Korea. 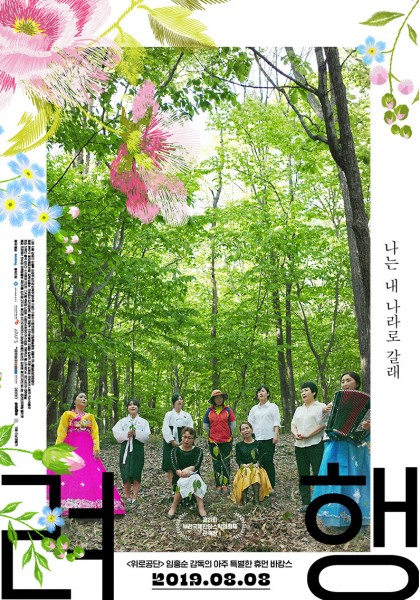 Ryeohang is a film that mixes fiction and documentary to tell the stories of women refugees from North Korea. The work is intended to reflect upon North-South Korean relations and their changing circumstances, while also examining the public and social role that art can play. Approximately 30,000 North Korea refugees currently live in South Korea, and the vast majority of them work in low-paying but high risk jobs and oftentimes have difficulty adjusting to the new environment in South Korea. It is hoped that with Ryeohang viewers would travel to North Korea, albeit in our imagination only, to remember and to imagine what people were like before the North-South division. It is said that Anyang, is a city where one comforts one’s mind and rests one’s body. If it is indeed true, would it not be fitting to take the thorniest problems of Korean society today—the North-South division, labor struggles, and wide-spread ideological animosity—bring them here, and recover the souls of nature and people?