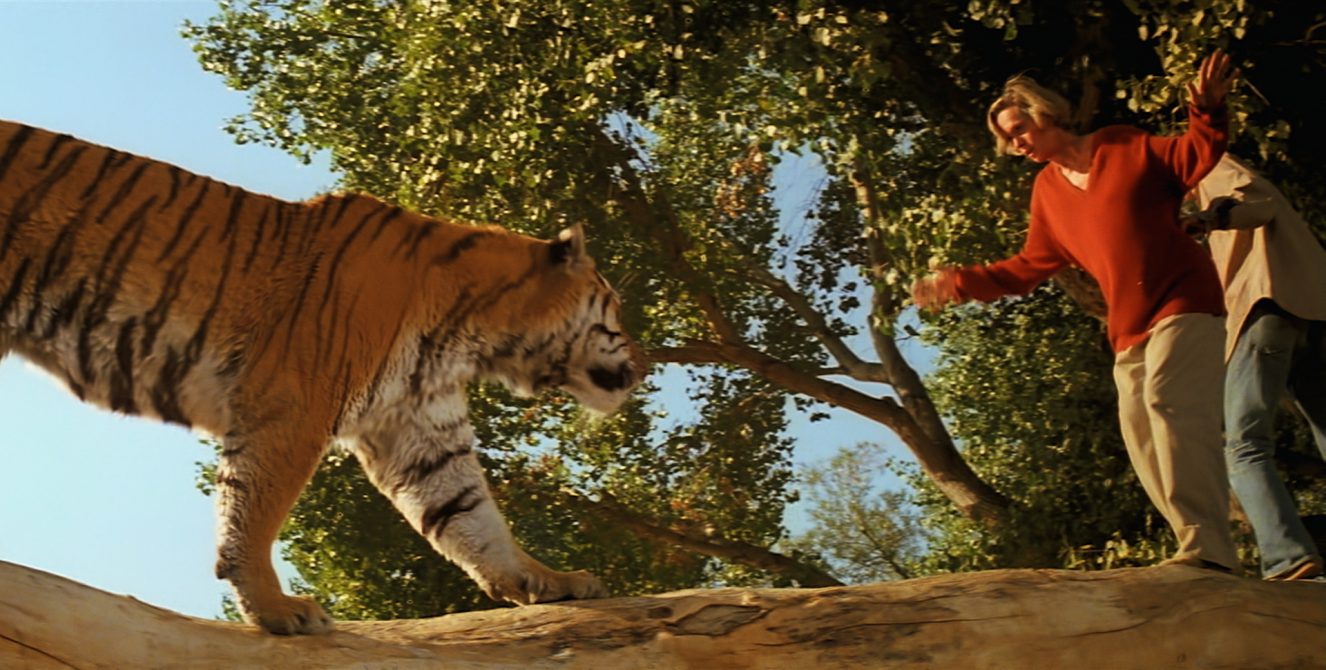 Tippi Hedren, star of Hitchcock’s The Birds, and her husband, Noel Marshall, who was an executive producer of The Exorcist, decided to make a mainstream family movie about big cats and other wild animals that lived peacefully with humans. Though the movie was set in Tanzania, Hedren and Marshall planned to film on their ranch in California, where they had 150 lions, tigers, an elephant, and other wild animals already roaming freely. The film took 11 years to complete, and ended their marriage. It was just as bad an idea as it sounds.

All of the violence you see in the film is real. At least 70 crew members were attacked. Noel was bitten through the hand on one of the first days of shooting. Tippi’s teenage daughter Melanie Griffith had to have reconstructive surgery, Tippi had broken bones, and future Speed director Jan De Bont, who shot the movie, had 220 stitches to recover from a lion attack on his skull. In addition to the obvious physical risks, Hedren and Marshall put all their assets into the $17 million project. It was only released in Europe and Japan, and hadn’t been seen in America until recently. It never came close to making back its investment. Everyone got mauled, twice.

The quote above is from a series of title cards at the end of the film urging us to love and preserve wild endangered species, who of course share our planet. Just don’t expect them to love us back. (Jed Dietz)