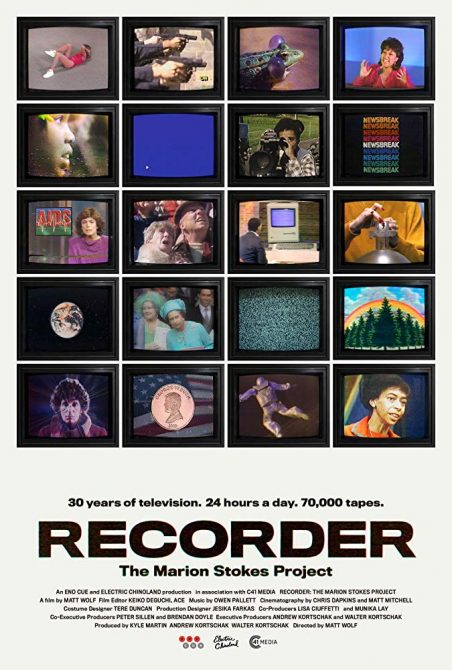 Matt Wolf is an award-winning filmmaker in New York whose feature documentaries include Wild Combination, about the avant-garde cellist and disco producer Arthur Russell and Teenage, about the birth of youth culture. His short films include I Remember, about the artist and poet Joe Brainard, Time Magazine’s The Face of AIDS about a controversial Benetton advertisement, and Bayard & Me, about the civil rights activist Bayard Rustin. He is also the director of HBO’s It’s Me, Hilary and has made online series for the New York Times and the Whitney Museum of American Art. He is a Guggenheim Fellow.

In 1979, Marion Stokes, Philadelphia librarian and cable television personality, realized that her local TV station did not archive copies of their news programs. Shocked and concerned about protecting and preserving the truth, she began recording the local news on a Betamax.

Marion possessed a voracious appetite for knowledge and was always willing to discuss opposing views. Open minded but always quiet and firm in her beliefs, Marion explored Socialism, but eventually identified with the Communist Party, even considering moving to Cuba. Despite her communist leanings, she eventually became a fabulously wealthy and reclusive archivist. Concerned about the inequalities in the media’s coverage and an increasing lack of historical perspective, Marion set up a system for recording the news that ultimately expanded to 24/7/365 taping of local and national news and other programs of interest via a bank of multiple VHS machines. At the time of her death in 2012, the Sandy Hook massacre was the last program captured by her recording efforts. Up to that point, Marion had accumulated 70,000 VHS tapes covering thirty years of war, elections, scandal and triumphs. She unknowingly created the most extensive archive of local and national news in the world.

Recorder: The Marion Stokes Project represents one of my favorite types of documentary filmmaking— the chronicling of the singularly focused individual who has an unintended impact on the world that is greater and deeper than they could ever have imagined. The story of Marion Stokes inspires and challenges us to consider our world and the legacy we can create through dedication to our own ideals and principals. (Eric Cotten)