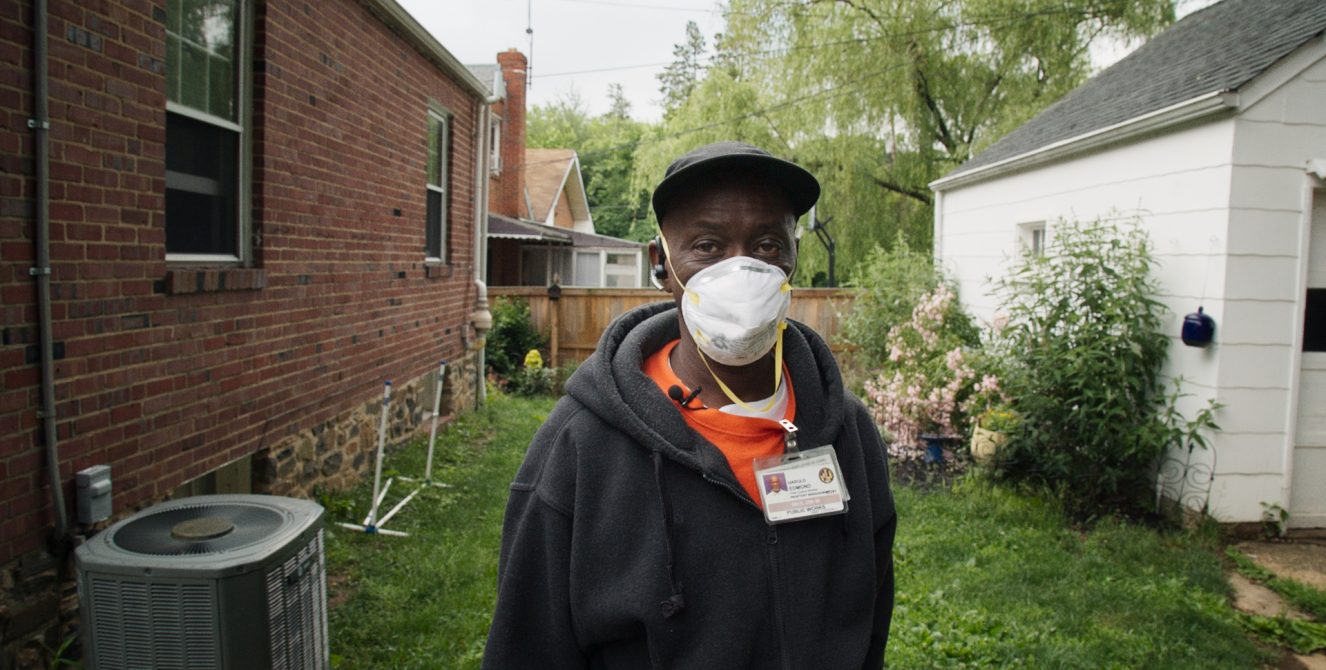 Theo Anthony’s extraordinary Rat Film is many things at once. At its core, Anthony’s film uses the problem of rat infestation in Baltimore as a window into our city’s systemic history of segregation. Archival maps and photos illuminating redlining, poverty, and racism collide with striking images of Baltimore today, as we meet Baltimore residents who “fish” for rats in alleyways at night, and embed ourselves with a charismatic city worker who takes a philosophical approach to rat eradication.

From its first kinetic images of a panicked rat struggling to leap out of the trash bin in which it’s trapped, Rat Film offers an experience both cerebral and visceral. Drawing on the film-essay tools exemplified by Chris Marker and Harun Farocki and the augmented-truth approach to documentary found in Werner Herzog’s filmography, Anthony (who also shot and edited the film) has delivered a fully-formed, genre- defying piece that shines as a work of history, journalism, criticism, portraiture, and entertainment.

But first and foremost, even as it travels around the world via prestigious festivals such as Locarno, Rotterdam, True/False, and SXSW, this is a film by and for Baltimoreans— one with the potential to broaden and transform our sense of ourselves as much as did the iconic images of Pink Flamingos, The Wire, Putty Hill, and 12 O’Clock Boys. As the film proclaims, “There’s never been a rat problem in Baltimore, it’s always been a people problem.” Featuring an original score by Dan Deacon, Rat Film is an aesthetically radical and politically incisive achievement of the highest order. (Eric Allen Hatch)

« Princess Cyd
The Strange Ones »