Raise Hell: The Life and Times of Molly Ivins

The life and work of Molly Ivins, a political journalist from Texas, best-selling author, and Bill of Rights warrior. 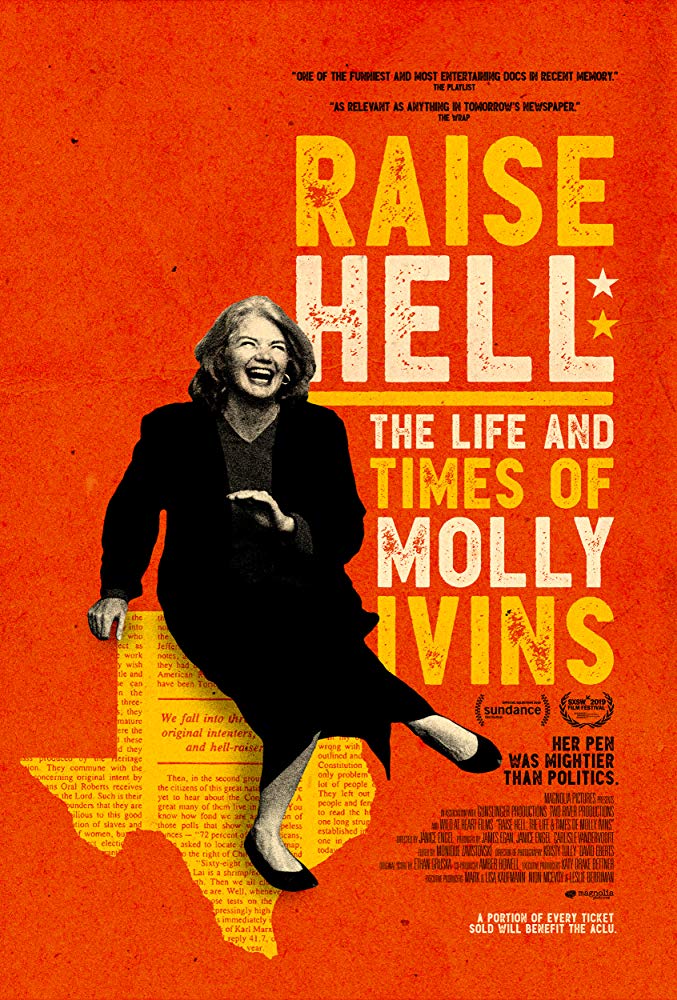 Raise Hell: The Life and Times of Molly Ivins

RAISE HELL: THE LIFE & TIMES OF MOLLY IVINS tells the story of media firebrand Molly Ivins, six feet of Texas trouble who took on the Good Old Boy corruption wherever she found it. Her razor sharp wit left both sides of the aisle laughing, and craving ink in her columns. She knew the Bill of Rights was in peril, and said “Polarizing people is a good way to win an election and a good way to wreck a country.” Molly’s words have proved prescient. Now it’s up to us to raise hell!

“[A]s depicted in this sprightly, fast-paced documentary directed by Janice Engel, Ivins was a one-of-a-kind commentator who was both smart and savagely funny, using a take-no-prisoners sense of humor to eviscerate those she felt abused the public trust.”
– Kenneth Turan, Los Angeles Times

“With free speech under attack, and truth-telling seemingly in short supply, “Raise Hell” offers an entertaining and bracing look at one of journalism’s least punch-pulling practitioners.”
– Michael O’Sullivan, Washington Post

“Engel gives “Raise Hell” such momentum – it’s a whoosh of a movie – that you are quickly swept up in its sights and sounds. There’s a lot to take in.”
– Manohla Dargis, New York Times