When love blossoms between them, Kena and Ziki will be forced to choose between happiness and safety. 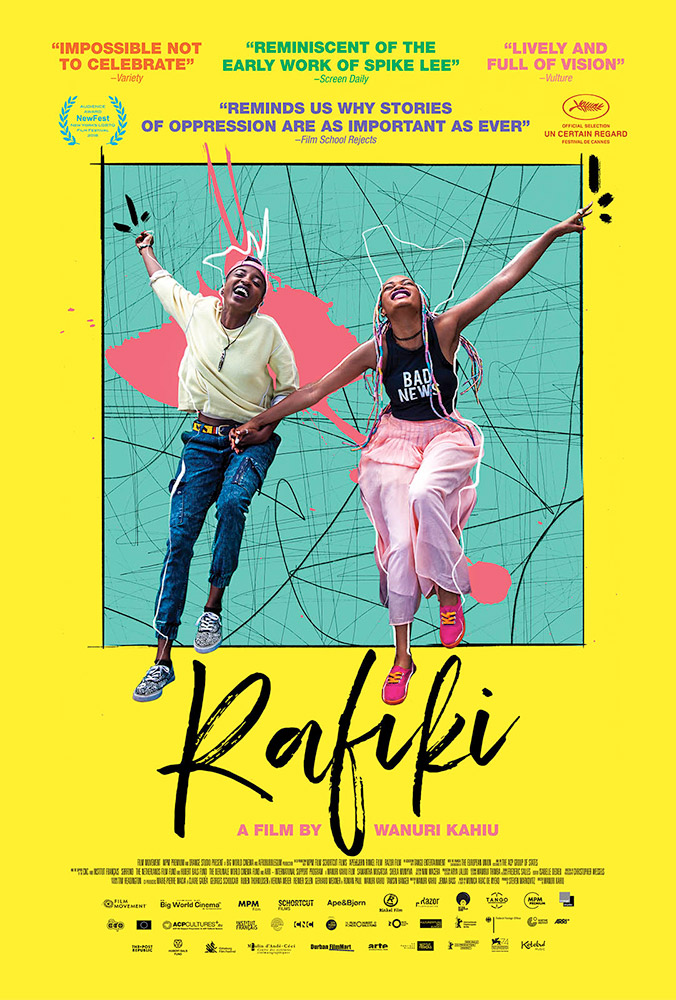 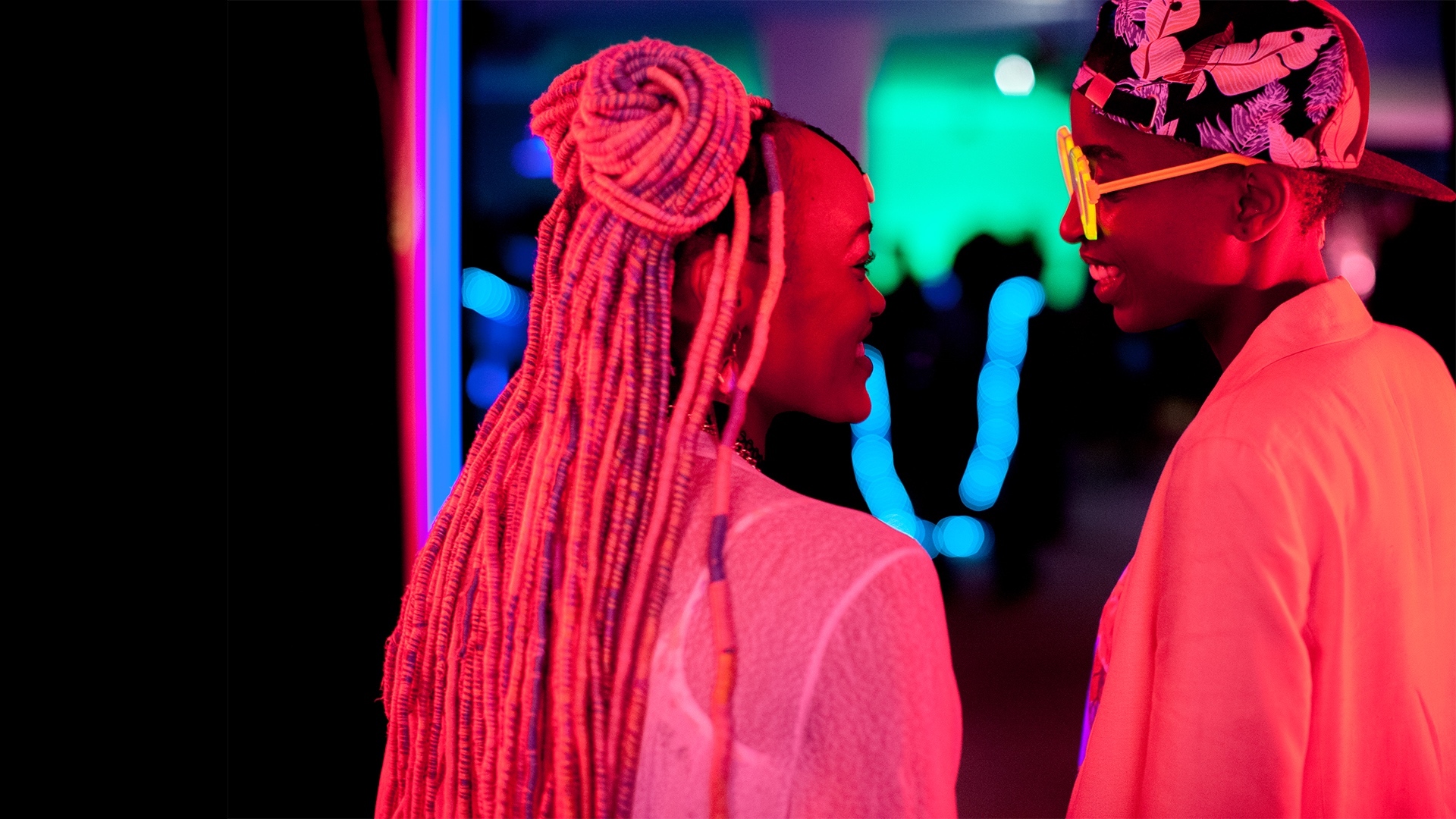 Bursting with the colorful street style & music of Nairobi’s vibrant youth culture, RAFIKI is a tender love story between two young women in a country that still criminalizes homosexuality. Kena and Ziki have long been told that “good Kenyan girls become good Kenyan wives” — but they yearn for something more. Despite the political rivalry between their families, the girls encourage each other to pursue their dreams in a conservative society. When love blossoms between them, Kena and Ziki must choose between happiness and safety.

“It’s undoubtedly a shame that the film’s home country wasn’t initially willing to acknowledge the beauty of Rafiki’s depictions of lesbian love and countless other real-life same-sex relationships. Kahiu’s film reinforces that being who you are and loving in spite of the opinions of others is still a revolutionary act. So cheers to the Kenyan viewers, who now have the opportunity to see Rafiki for what it is — colorful, warm and real.”
— Joi Childs, Shadow and Act

“Rafiki is a small revelation, not least because it marks the breakthrough of a filmmaker of such exhilarating, cheerfully courageous vision.”
— Ann Hornaday, The Washington Post