Join us for this double bill of the short R.A.W. Tuba and feature Gay Chorus Deep South to benefit the Baltimore School for the Arts, featuring a Q&A with filmmakers from each film. 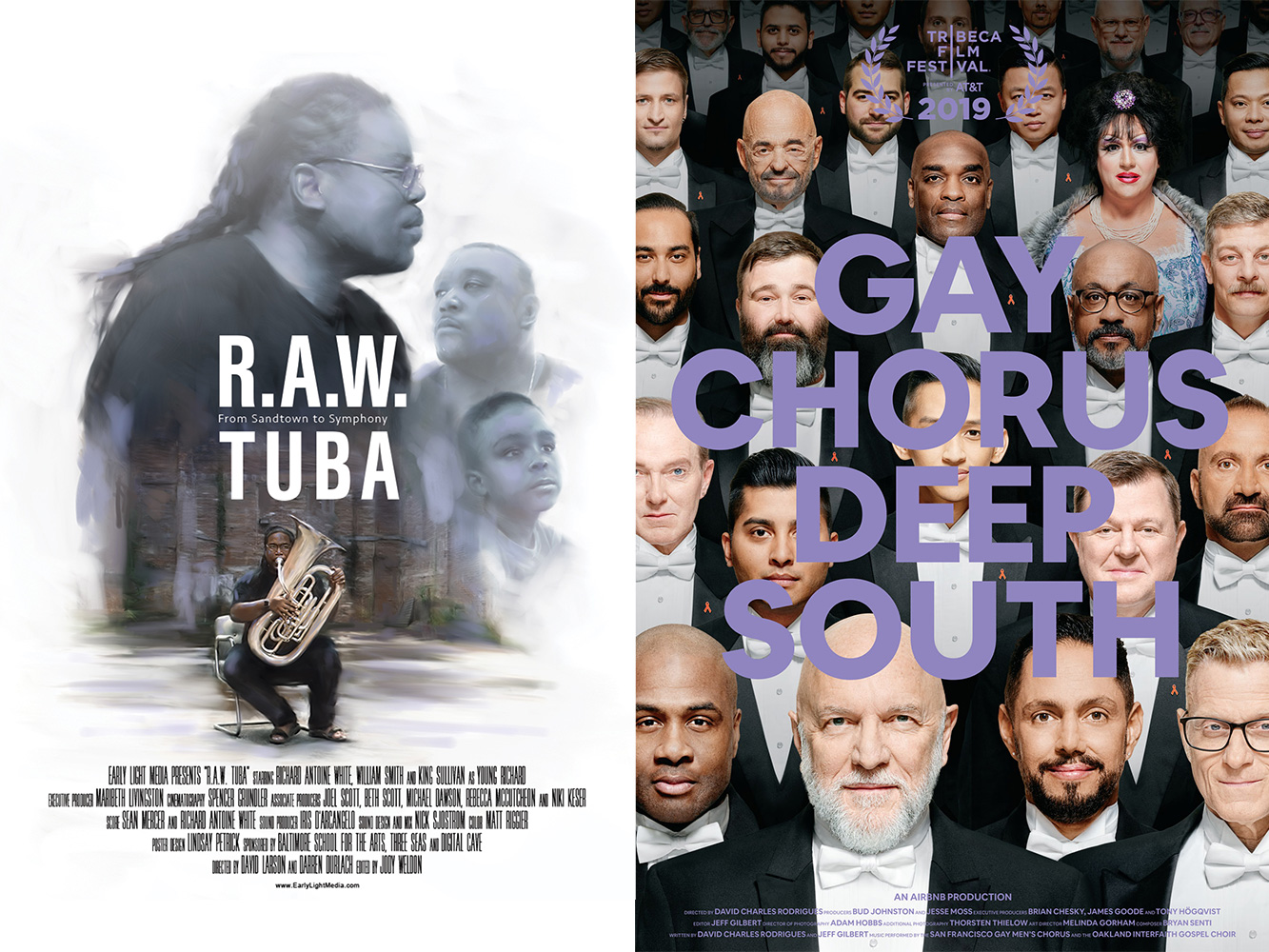 R.A.W. TUBA (29 minutes) Directed by Darren Durlach and David Larson
R.A.W. Tuba is a documentary about a Baltimore child who experienced intermittent homelessness but went on to become a world-class symphony musician and professor. As a child, Richard Antoine White (R.A.W.) slept wherever he could, sometimes in abandoned rowhomes where he was chewed on by rats during his sleep. Now in his 40s, he still has those scars across his abdomen. But despite enormous challenges, he went on to become the first African American in the world to receive a Doctorate in Music for Tuba Performance (D.M. not to be confused with the less rare D.M.A.), and not just from anywhere, from one of the most prestigious music programs in the US. Richard is now not only a tenured professor at the University of New Mexico, but he’s also the principal tubist of the New Mexico Philharmonic, which is in and of itself an Olympian-level accomplishment.
Official Selection: Mountainfilm 2019
Trailer:


GAY CHORUS DEEP SOUTH (100 minutes) Directed by David Charles Rodrigues
Led by Gay Chorus Conductor Dr. Tim Seelig and joined by The Oakland Interfaith Gospel Choir; the tour brings a message of music, love and acceptance to communities and individuals confronting intolerance. Over 300 singers travelled from Mississippi to Tennessee through the Carolinas and over the bridge in Selma. They performed in churches, community centers and concert halls in hopes of uniting us in a time of difference. The journey also challenges Tim and other Chorus members who fled the South to confront their own fears, pain and prejudices on a journey towards reconciliation. The conversations and connections that emerge offer a glimpse of a less divided America, where the things that divide us—faith, politics, sexual identity—are set aside by the soaring power of music, humanity and a little drag.
Official Selection: Tribeca Film Festival - Winner of the Audience Award Outfest Los Angeles Frameline Film Festival Mountainfilm 2019
Trailer: