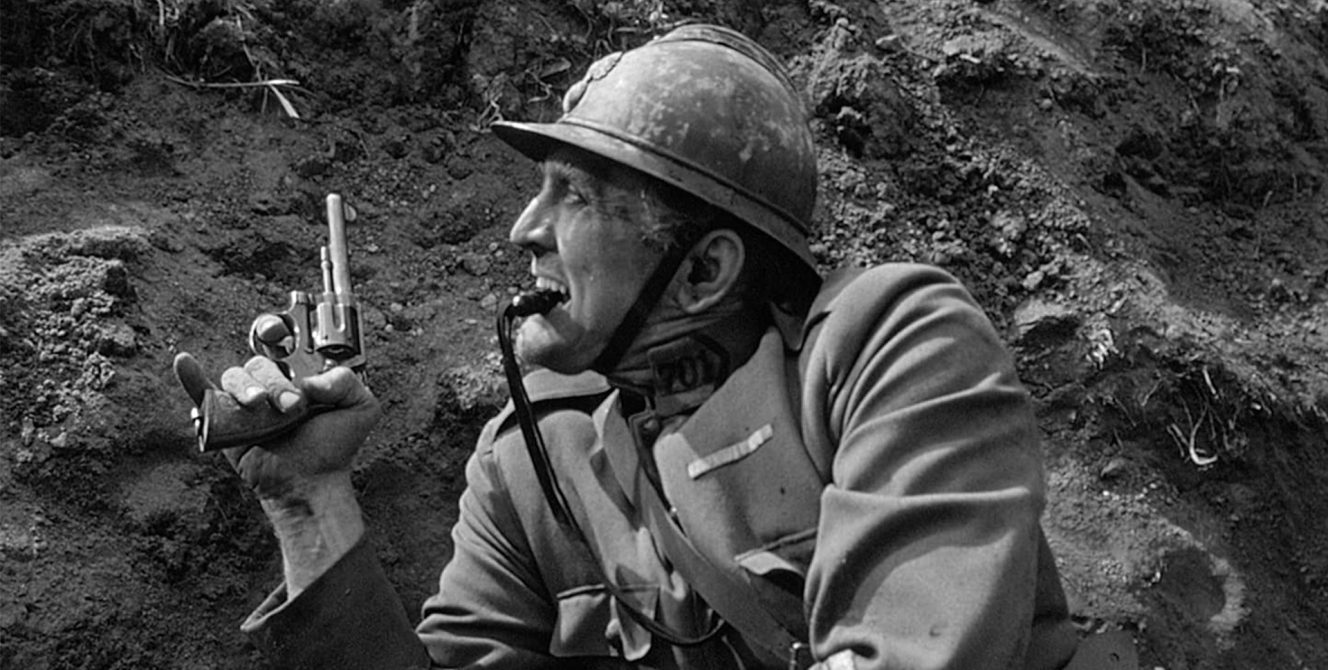 Adapting Humphrey Cobb’s novel to the screen, director Stanley Kubrick and his collaborators Calder Willingham and Jim Thompson set out to make a devastating anti-war statement, and they succeeded above and beyond the call of duty. In the third year of World War I, the erudite but morally bankrupt French general Broulard (Adolphe Menjou) orders his troops to seize the heavily fortified “Ant Hill” from the Germans. General Mireau (George MacReady) knows that this action will be suicidal, but he will sacrifice his men to enhance his own reputation. Against his better judgment, Colonel Dax (Kirk Douglas) leads the charge, and the results are appalling. When, after witnessing the slaughter of their comrades, a handful of the French troops refuse to leave the trenches, Mireau very nearly orders the artillery to fire on his own men. Still smarting from the defeat, Mireau cannot admit to himself that the attack was a bad idea from the outset: he convinces himself that loss of Ant Hill was due to the cowardice of his men.

Paths of Glory is among the most powerful antiwar films ever made. This haunting, exquisitely photographed dissection of the military machine in all its absurdity and capacity for dehumanization (a theme Kubrick would continue to explore throughout his career) is assembled with its legendary director’s customary precision, from its tense trench warfare sequences to its gripping courtroom climax to its ravaging final scene.

4/4 Stars:
“Paths of Glory was the film by which Stanley Kubrick entered the ranks of great directors, never to leave them.” — Roger Ebert

“Paths of Glory is an important film that establishes the talent and energy of a new American director, Stanley Kubrick.” — François Truffaut

“Banned in France for 18 years, this masterpiece still packs a wallop, though nothing in it is as simple as it may first appear; audiences are still arguing about the final sequence, which has been characterized as everything from a sentimental cop-out to the ultimate cynical twist.” — Jonathan Rosenbaum