A kaleidoscopic look at the last day of Italian filmmaker Pier Paolo Pasolini in 1975. 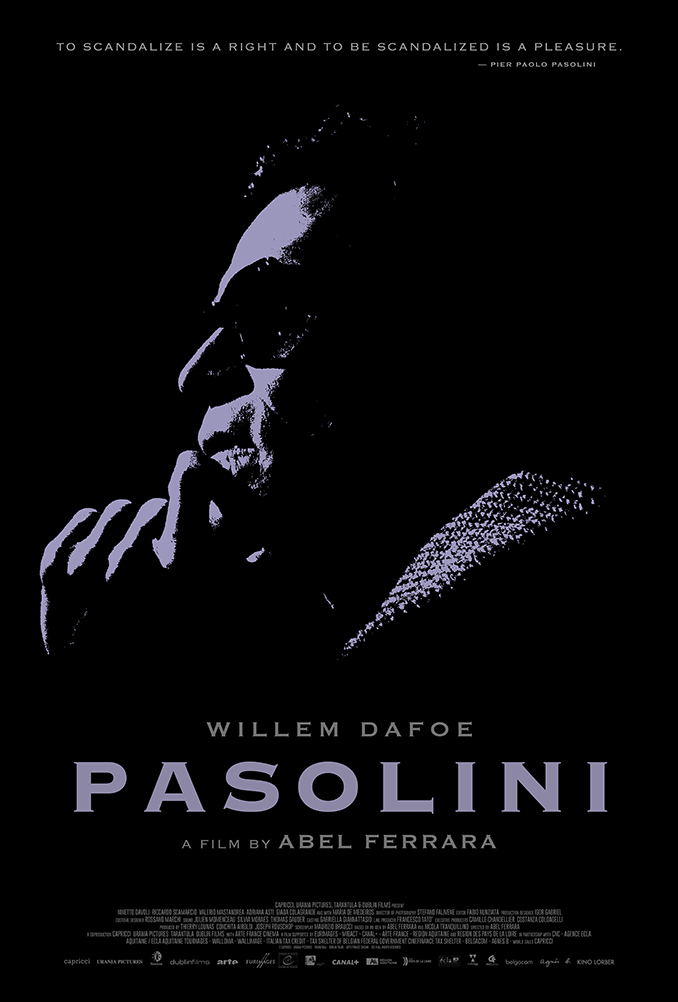 Language: In English, Italian, and French

Pasolini, directed by Abel Ferrara, stars frequent collaborator Willem Dafoe as Italian poet and film director Pier Paolo Pasolini and chronicles his final hours on November 2, 1975. The film follows him as he works on his controversial classic, Salò, or the 120 Days of Sodom and leads up to his brutal murder on the beach in Ostia on the outskirts of the city. Facing resistance and persecution from the public, politicians, censors and critics, Pasolini visits with his beloved mother and friends, including actress Laura Betti (played by Maria de Madeiros) and continues his work on an ambitious new novel and screenplay — all the while cruising in his Alfa Romeo for adventure and connections with beautiful younger males in the dark streets of Rome.

CRITIC’S PICK: “The splendor of Pasolini lies in its essentially collaborative nature… [Ferrara’s] reverence for his subject as a fellow artist and kindred rebel spirit is evident in every frame.”
– A. O. Scott, The New York Times

“Richly evocative. Anything but a conventional biopic. For Ferrara, the art… is the forensic evidence of an artist’s visionary inner life.”
– Ignatiy Vishnevetsky, The A.V. Club

“It’s profane and it’s precious and it glows like the moon.”
– Xan Brooks, The Guardian