Once Upon a Time… in Hollywood

A faded television actor and his stunt double strive to achieve fame and success in the film industry during the final years of Hollywood's Golden Age in 1969 Los Angeles. 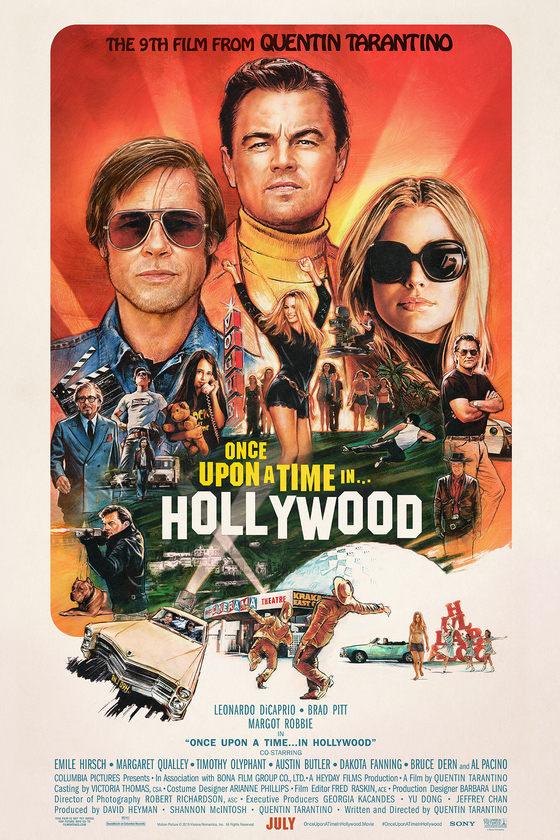 Once Upon a Time… in Hollywood

Quentin Tarantino’s Once Upon a Time… in Hollywood visits 1969 Los Angeles, where everything is changing, as TV star Rick Dalton (Leonardo DiCaprio) and his longtime stunt double Cliff Booth (Brad Pitt) make their way around an industry they hardly recognize anymore. The ninth film from the writer-director features a large ensemble cast and multiple storylines in a tribute to the final moments of Hollywood’s golden age.

“An absolute blast, a pure, giddy rush of thrillingly confident, expansive filmmaking that showcases the most resonant and satisfying storytelling Tarantino has given us in over two decades.”
— Jessica Kiang, Sight & Sound

“It’s the most fun the director seems to have had in years, but it’s also, oddly, his most compassionate picture in more than a decade.”
— Bilge Ebiri, New York Magazine/Vulture

“Tarantino’s 9th feature is his most pared back, thoughtful and perhaps personal work to date.”
— Hannah Woodhead, Little White Lies

“I was delighted — after all the lurid what-if speculation over the film’s relationship to the Charles Manson story — to find that his latest is, in such large part, a kind of gorgeously lacquered megabudget hangout movie.”
— Guy Lodge, The Playlist

“This is a tender, rapturous film, both joyous and melancholy, a reverie for a lost past and a door that opens to myriad imagined possibilities.”
— Stephanie Zacharek, Time

“It’s entirely outrageous, disorientating, irresponsible, and also brilliant… Quite simply, I just defy anyone with red blood in their veins not to respond to the crazy bravura of Tarantino’s film-making, not to be bounced around the auditorium at the moment-by-moment enjoyment that this movie delivers.”
— Peter Bradshaw, The Guardian