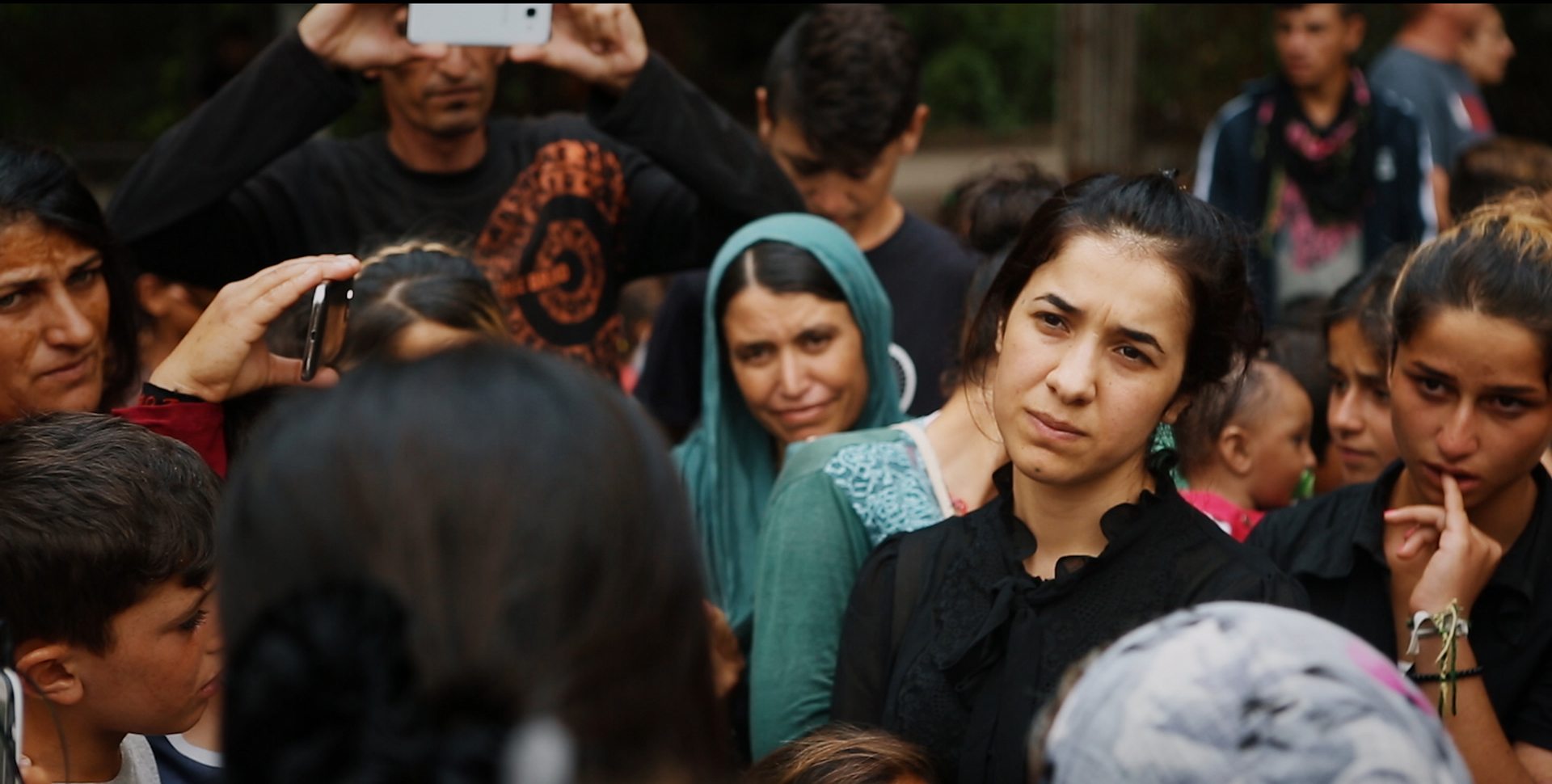 On Her Shoulders follows 23‑year‑old Nadia Murad Basee Taha, a young woman who, in August of 2014, lost 18 members of her family during the Sinjar massacre in Iraq. Murad is Yazidi, a minority ethno-religious group that has been targeted by ISIS and the focus of their genocidal campaign. Murad was a young student who spent her time farming before ISIS came and killed nearly half of her town, kidnapping her and other young women, raping them and using them as sex slaves. Since her escape, Murad has committed her life to speaking out and providing a voice for millions of Yazidis who are still imprisoned and cannot speak up for themselves.

The film documents Murad as she travels throughout the world, speaking to British Parliament, media and public officials on behalf of the Yazidi population. Footage of Murad’s navigation through the Western World, as she relays her experiences, is powerfully juxtaposed against the superficial gestures of media and time-consuming bureaucratic procedures. Some of the most powerful scenes occur when Murad speaks directly into the camera, expressing her opinions and reflections on this process. The film works towards the day Murad will present to the UN General assembly, asking for accountability and acknowledgement. (Margaret Rorison).