A feature-length multimedia performance by filmmaker Zia Anger, reimagining the relationship between the audience, the filmmaker, the movie theater and cinema. 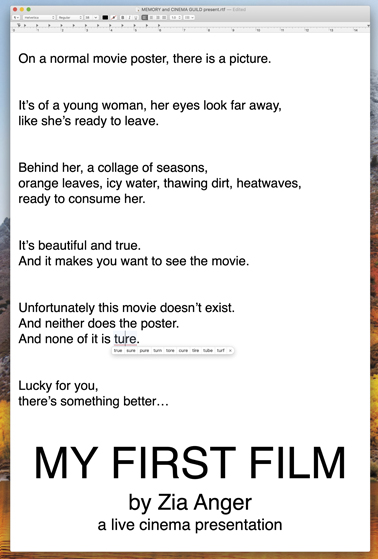 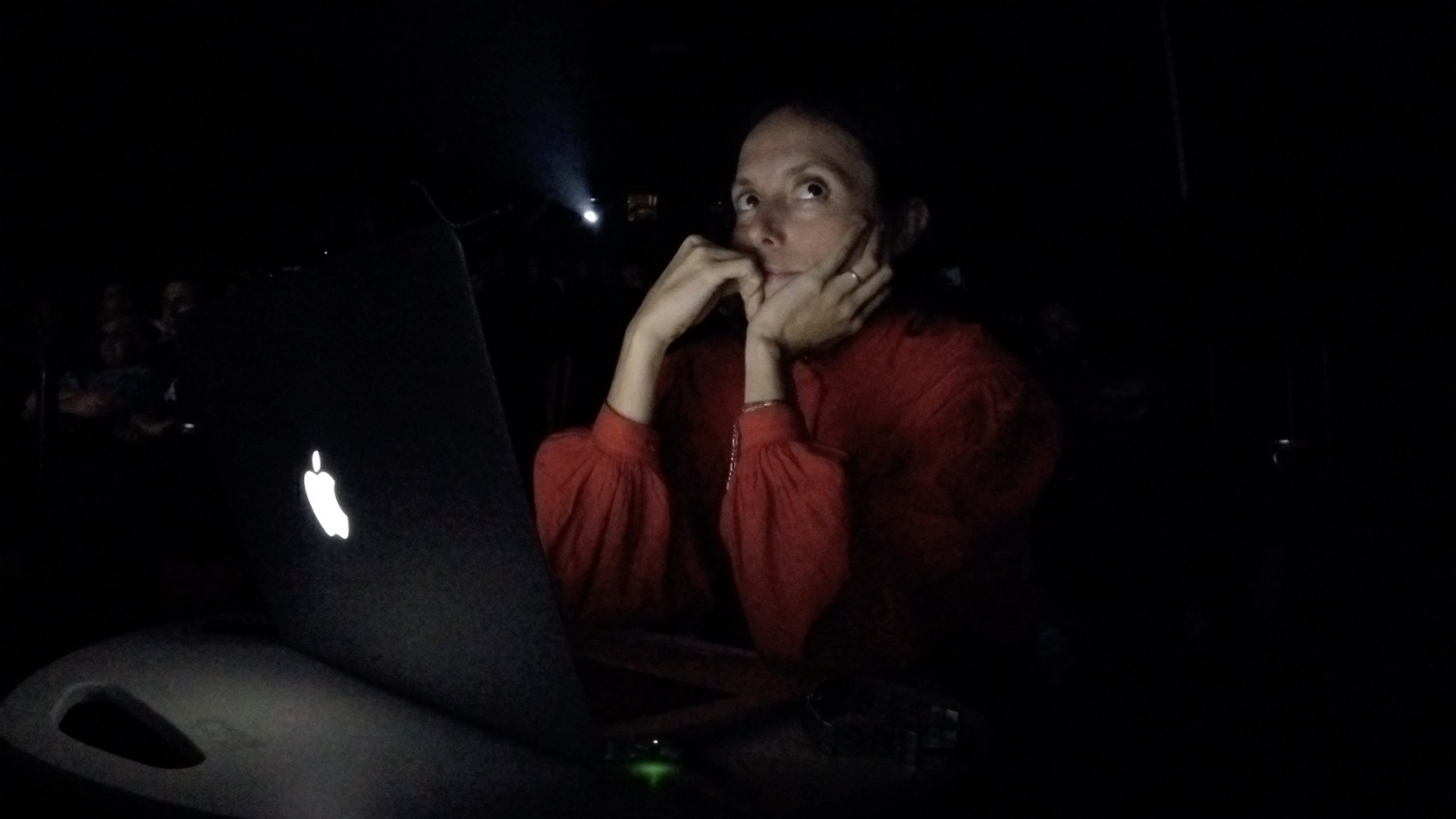 MY FIRST FILM is a feature-length multimedia performance in which filmmaker Zia Anger interacts with media on screen and the audience using real-time text, spontaneous Google searches, audience directives and AirDrops. Through the performance, Anger probes and dissects her “abandoned” works to re-imagine the relationship between the audience, the filmmaker, the movie theater and cinema and erases the line between a filmmaker’s corporeal body and their body of work. A vital, singular, innovative work that explores what it means to be a woman and an artist, the project showcases Anger’s sensibilities and pushes the boundaries of cinematic experience.

“A reclamation of a ‘failed’ work and a rebuke of the independent film industry’s standards for success, My First Film plies the formal limits of a theatrical experience.”
– Filmmaker Magazine

“Defies convention, challenging what a film can be and how an artist can relate to their audience.”
– HyperAllergic

“I have attended dozens, maybe hundreds, of talks about the lack of women feature film directors — an issue I care deeply about. But after a while, they all sound the same. Zia Anger has figured out a new way to discuss these issues, in an incredibly moving, personal, and creative way.”
– Miriam Bale, Artistic Director at Indie Memphis

“A cathartic collective experiment in what it might mean to challenge failure, recalibrate it, and reclaim it anew.”
– Sight and Sound