Halloween III: Season of the Witch

In the third Halloween feature—which really has little connection to the previous two—Dr. Daniel Challis and Ellie Grimbridge seek to uncover a plot by the man behind Silver Shamrock masks. 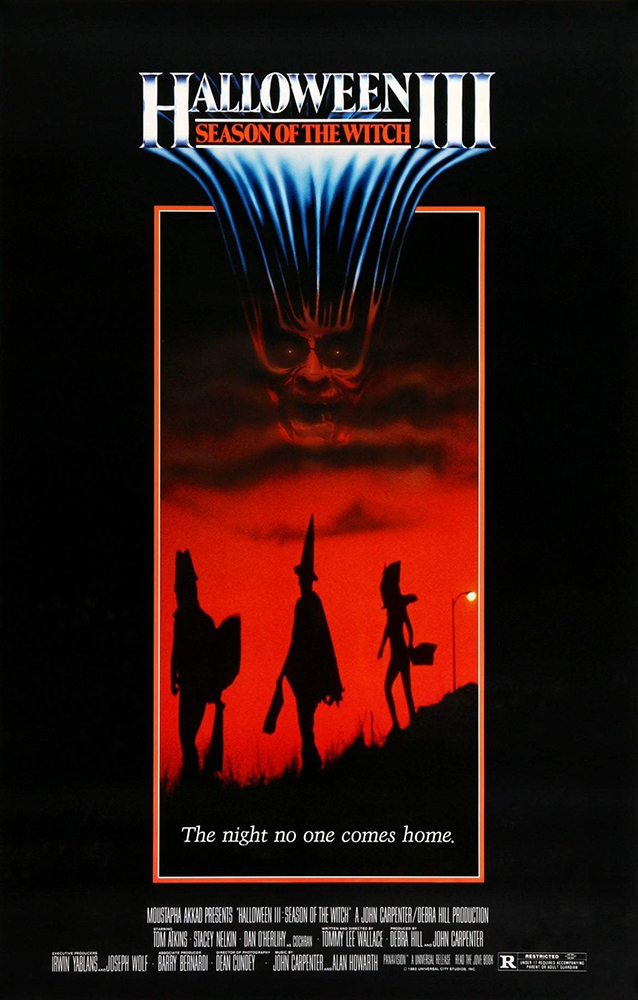 Halloween III: Season of the Witch

North & Charles
A unique monthly series bringing the best of Baltimore to the movie theatre, with a new community partner each month!

Following a rowdy screening of Bloodsport, Mondo Baltimore returns to the SNF Parkway to present Halloween III: Season of the Witch!

When a terrified toy salesman is mysteriously attacked and brought to the hospital, babbling and clutching the year’s most popular Halloween costume (an eerie pumpkin mask) doctor Daniel Challis is thrust into a terrifying Halloween nightmare. Working with the salesman’s daughter, Ellie, Daniel traces the mask to the Silver Shamrock Novelties company and its founder, Conal Cochran. Ellie and Daniel uncover Cochran’s shocking Halloween plan and must stop him before trick-or-treaters across the country never come home in this terrifying thriller.

“Once the action shifts to the dead-eyed denizens of Santa Mira, the remote town that Silver Shamrock calls home, the film becomes a sly and creepy indictment of corporate engineering. It’s not what Halloween fans wanted—and Wallace rubs it in by showing a couple of clips from the original film on TV—but take the Halloween part away and Season of the Witch is a standalone oddity worth considering on its own terms.”
— Scott Tobias, The A.V. Club