Mickey and the Bear 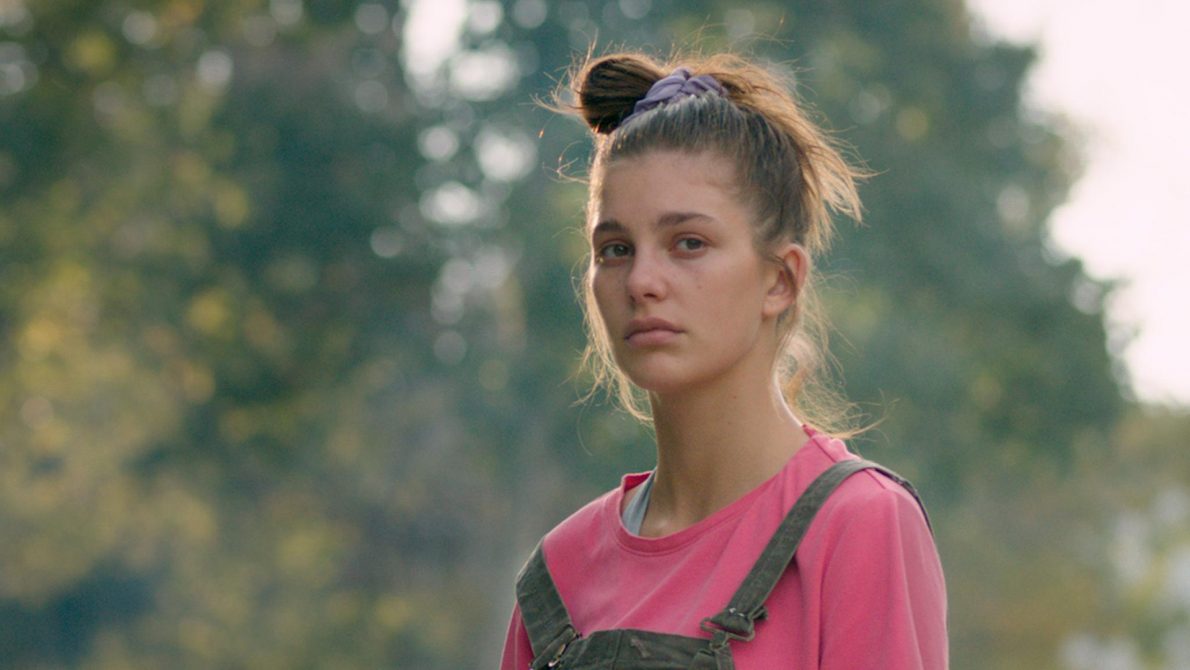 Annabelle is a tired-ass showgirl who began her career in front of the camera. Alas, she got sick of being bossed around and switched sides. Her first feature, MICKEY AND THE BEAR, had a critically acclaimed world premiere at SXSW, where it was deemed “a sharp, affecting film that’s brimming with darkness and hope, every instant of it vividly alive,” by The Hollywood Reporter. The film was also an Academy Nicholl semifinalist, won the Melissa Mathison award at HIFF, and participated in labs at IFP and Film Independent. Her short, FRANKIE KEEPS TALKING, played over 30 festivals and won some awards, including Best Female Protagonist at NFFTY.

Annabelle Attanasio’s debut feature is a coming-of-age story with anti-war underpinnings. Mickey Peck (Camila Morrone) is in her last year of high school shouldering way more burdens than a typical 18 year old. Dealing with a boyfriend, who seems only to want to get her pregnant and start a small-town life together, contemplating college on the West Coast, working part time in a taxidermy shop, and most dauntingly, taking care of her very damaged father, Hank (James Badge Dale), a PTSD-afflicted, Oxy-addicted Iraq War veteran.

It’s not hard to guess who the bear is in this father-daughter late capitalism melodrama. Hank is trouble in every way: getting into fights, spending countless nights in the drunk tank, an unhealthy obsession with his guns, and he’s blowing through his disability checks and Oxy prescription. But these are the least of Mickey’s woes regarding her father.

Shot on location in Anaconda, Montana, a small mining town where many folks seem to be dying of cancer or are irreparably damaged by their involvement in U.S. military aggression. At times bleak, the director keeps things from getting predictable and offers a fresh take on the coming of age story. It also helps that the film is beautifully shot in neutral and muted colors by cinematographer Conor Murphy.

No one actor steals the show in this taut indie drama. Standout performances by Morrone and Dale are bolstered by an excellent supporting cast. Mickey and the Bear leaves you eager to see what any of them will do next. (Joe Tropea)

« Manta Ray
Mickey and the Bear »