Noah Baumbach's incisive and compassionate look at a marriage breaking up and a family staying together. 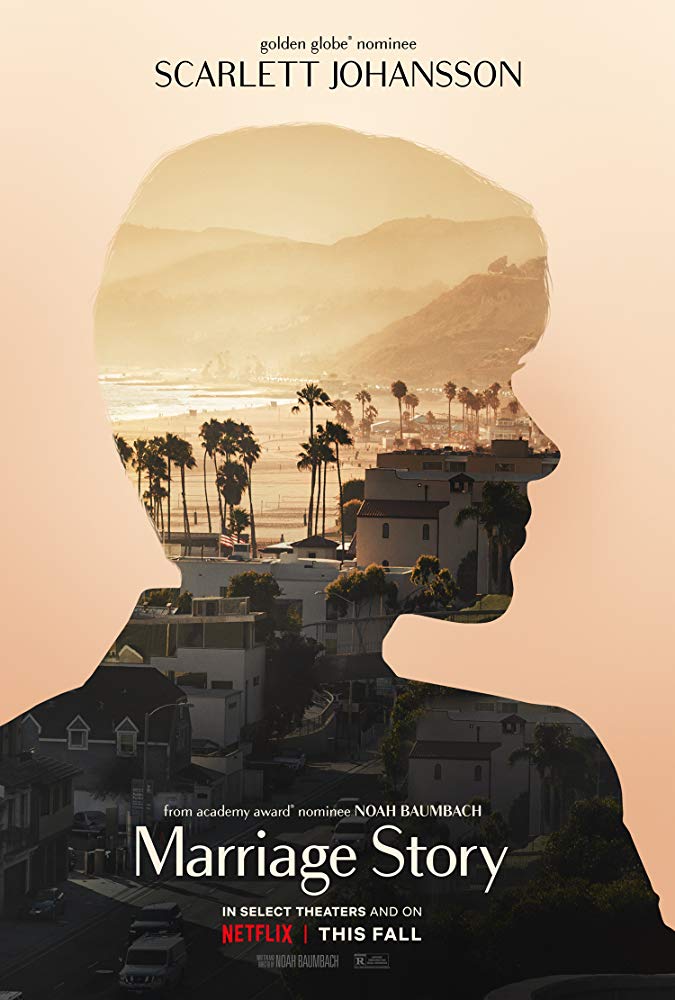 “This is hilarious, heartbreaking cinema – a work that will make you burst out laughing one moment, and leave you tearing your hair out the next.”
– Barry Hertz, Globe and Mail

“Charlie and Nicole are as fully realized as two people in a domestic drama have been in years.”
– Brian Tallerico, RogerEbert.com

“Marriage Story is one of the year’s best films and an unrelentingly honest, bittersweet piece of open-hearted cinema from director Noah Baumbach. Scarlett Johansson and Adam Driver have never been better.”
– Lewis Knight, The Sun