A fisherman rescues and befriends an injured man with no name. When the fisherman disappears at sea, the man begins to assume his identity.
Watch Trailer 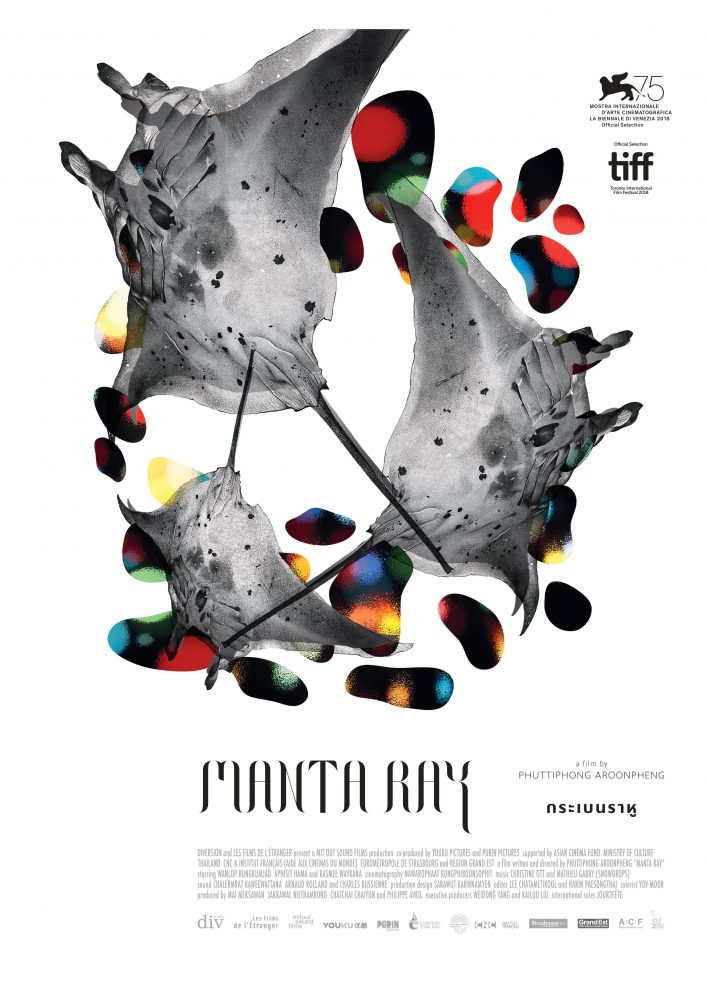 In the thick of a forest on the coast of Thailand, a blonde-haired fisherman wields an axe and searches for the luminous gems that will act as bait in his hunt for manta ray. Here, near the sea where thousands of Rohingya refugees have drowned, another man lays face down, half-buried in the muds of the forest floor. Upon discovering the injured man to be alive, the fisherman rushes him home, only to discover the man to be mute and unable to communicate his identity. As their relationship develops, director Phuttiphong Aroonpheng delivers a debut feature that allegorically interrogates flawed notions of national identity, through a visually lurid story of crime, romance, and betrayal, in this astounding tribute to the persecuted Rohingya population.

Without a home to return to, or any destination either, the fisherman welcomes the mute to stay. He nurses him back to health, finds him work, and shares stories of his personal struggles. Then, when the fisherman suddenly disappears on the job, the mute is left to fend for himself. In doing so, he clings to the routines introduced to him by the fisherman and adopts his home as his own. When an unexpected visitor comes knocking at the door, a new, strange course toward cultural assimilation is opened—one that realizes director Aroonpheng’s predilection for images packed with metaphor on a grand scale.

Those metaphors are rigorous and profuse: The fisherman is ostensibly a hunter of manta ray, an animal considered vulnerable on the list of endangered species. He searches for glowing gems buried in a forest alongside countless bodies, their luminous quality mimicked by the cheap plastic lights worn by a Thai soldier. He cares for an injured mute, a representative of a disempowered people, whose voice we’ve never heard. Infinitely dissectable and intellectually rewarding in the ways great art should be, Manta Ray is a vision worth beholding, a rallying cry to echo, and a thoroughly immersive theatrical experience like few others. (Mitchell Goodrich)