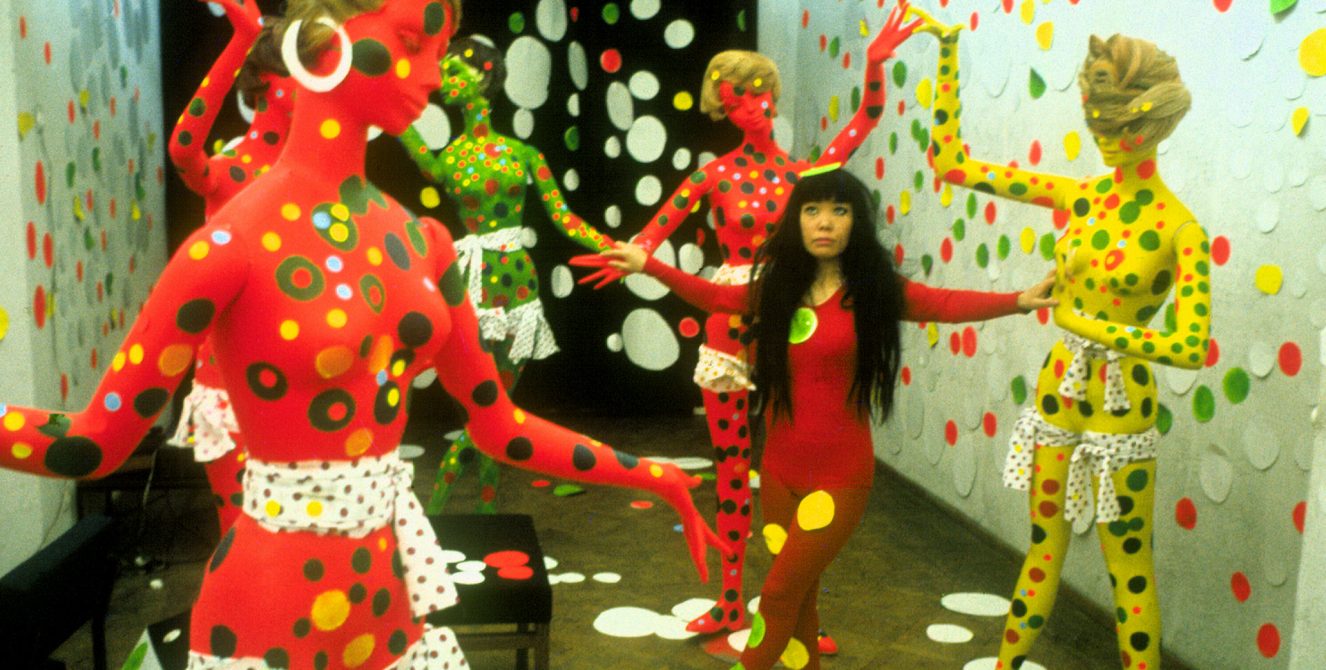 Now the top-selling female artist in the world, Yayoi Kusama overcame impossible odds to bring her radical artistic vision to the world stage. For decades, her work pushed boundaries that often alienated her from both her peers and those in power in the art world. Kusama was an underdog with everything stacked against her: the trauma of growing up in Japan during World War II, life in a dysfunctional family that discouraged her creative ambitions, sexism and racism in the art establishment, mental illness in a culture where that was particularly shameful and even continuing to pursue and be devoted to her art full time on the cusp of her 90s. In spite of it all, Kusama has endured and has created a legacy of artwork that spans the disciplines of painting, sculpture, installation art, performance art, poetry and literary fiction. After working as an artist for over six decades, people around the globe are experiencing her installation Infinity Mirrored Rooms in record numbers, as Kusama continues to create new work every day.

Presented by MICA Film and Video and Baltimore Kawasaki Sister City Committee, in part with the 2018 Baltimore Japanese Art Festival

In this psychedelic experimental film, avant-garde Japanese artist YAYOI KUSAMA gives birth to a new world. This new world begins with her most beloved POLKA DOT. Compulsive, mystical, psychotic, erotic and surreal — these are all words that could be used to describe the universe conjured by Kusama’s art, who has tirelessly transferred polka dots across canvases, bodies, sculptures and landscapes. Most famous for her paintings and immersive installations, Kusama rose to international fame in the Sixties. In the second half of this decade, Kusama briefly expanded her work into film and performance through staged public ‘happenings’, inspired by psychedelic culture and the free love spirit of the times.

Her close association to the American psychedelic counterculture of the times is most evident in Kusama’s Self-Obliteration, the only one film ever made by Kusama. Imagined by Kusama and created in collaboration with Jud Yalkut, the cast features Kusama herself, a cat, a horse and an entourage of free-spirited men and women. From the zen morning waters of a lake to an orgiastic body-painting gathering, Kusama materializes and multiplies polka dots across every surface possible, be it a tree, a cat or someone’s penis. Accompanied by a psychedelic soundtrack, Kusama’s Self-Obliteration evokes the mystical preoccupations central to Kusama’s work: the unison between man and environment, singularity and plurality, infinity and oblivion.